It’s probably one of those records you’ve heard before but can’t quite remember who it’s by and where you heard it. A bit of an earworm if you know what we mean.

There’s somewhat of a backstory to this too so settle down, make a cuppa and read on.

Originally penned by French 1960s pin-up poster Jacques Dutronc under the title of ‘Et moi, et moi, et moi’, it reached number two in the French pop charts in 1966 and although never troubled the UK charts it apparently became a firm favourite with the original mods as a mickey take of the then burgeoning UK folk revival scene. Plus as we’ve already alluded to it’s a pretty catchy tune. 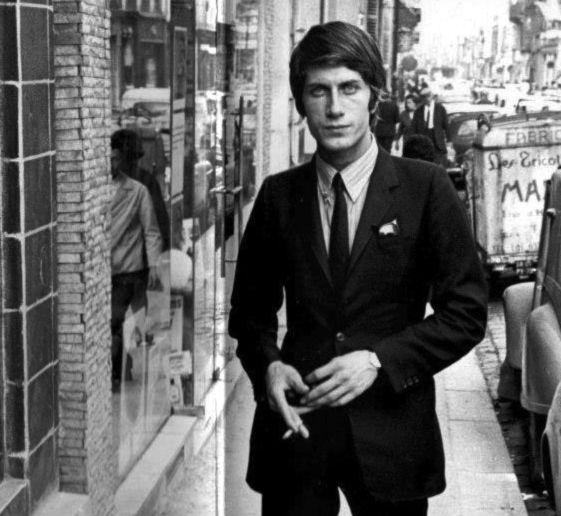 Fast forward seven years to the heady days of 1973 and Mungo Jerry were still bathing in the glow of their 1970 global smash hit ‘In the Summertime’ (which incidentally on took bewhiskered lead singer Ray Dorset 10 minutes to write) and had released four albums mainly featuring self-penned tracks.

Their fifth album released in ‘73 titled ‘Long Legged Lady Dressed in Black’ was a compilation and also featured their 6th hit single and our latest Unexpected Gem ‘Alright, Alright, Alright’.

Aside from their huge hit with ‘In the Summertime’ Mungo Jerry probably don’t get the attention they deserve these days despite their funky blend of rock, good-time blues and raucous pop. They had a number of hits, were the instigators of Mungomania (said by some to be almost as unpredictable as Beatlemania) and despite a seeming ever-changing line-up kept going for a considerable length of time. Perhaps it was the (admittedly slightly scary) sideburns, or their popularity in Germany and Eastern Europe (they were the first western band ever to have live televised gigs in all the then Iron Curtain countries), but hey, we don’t care whether they are considered cheesy or not. We like a band that carry a good tune and plough their own furrow if you get our drift.

As a songwriter, in 1977 Ray Dorset also wrote a song for his hero Elvis Presley who unfortunately passed away before he heard it. It was subsequently released as a B-side by Mungo Jerry but rather bizarrely ‘Feels Like I’m in Love’ became a hit in the unlikely hands of Kelly Marie. It had been released in 1979, became an underground hit on the Scottish club scene and then gained a national release the following year.

Right, that’s enough of the background. Let’s check out the original and the Mungo Jerry version and enjoy a brief interlude of French and British pop tuneage from back in the day.