It’s 1967, the USA is on the cusp of the hippie revolution and legendary amp manufacturers Vox (or rather to be entirely accurate VOX) are looking for a new way to promote their wares. We guess they initially considered an amp shaped car but that would be more like a bread van than a rolling advertisement so it seems the next best thing was a guitar shaped car and who better to commission it than the man behind the Batmobile – George Barris.

The car itself was originally designed to star alongside Jack Nicholson in a 1968 counter-culture, acid-themed road movie called Psych-Out in which Jack’s character was called Stoney. You get the picture. Unfortunately for VOX all the scenes in which the car featured were left forlornly on the cutting-room floor and the very thing it was designed for it never managed to achieve.

Despite its relative failure to cement a place in movie history it was still well-designed as a rolling promotional advert for VOX with guitar racks, a keyboard, twelve speakers and a working amplifier (of course). For the car fanatics amongst you it had a big old 275 bhp motor from an AC Cobra and by all accounts was capable of 175 mph. Not that we’d fancy hurtling along at 175 mph in a mobile guitar you understand but each to their own.

This particular piece of modern American history recently came up for sale on Ebay and the reserve was an eye-watering $175,000. Whether it was successfully sold or not we don’t know but if you’re a one-man band who wants to upgrade your act it might be worth a punt. 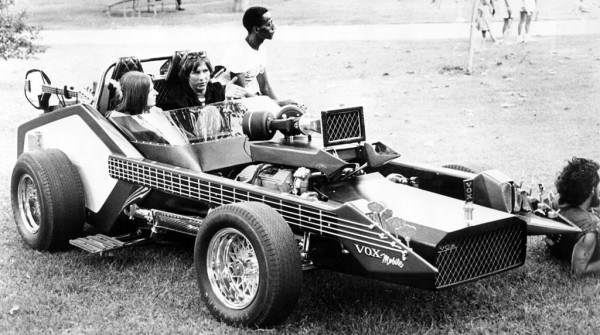 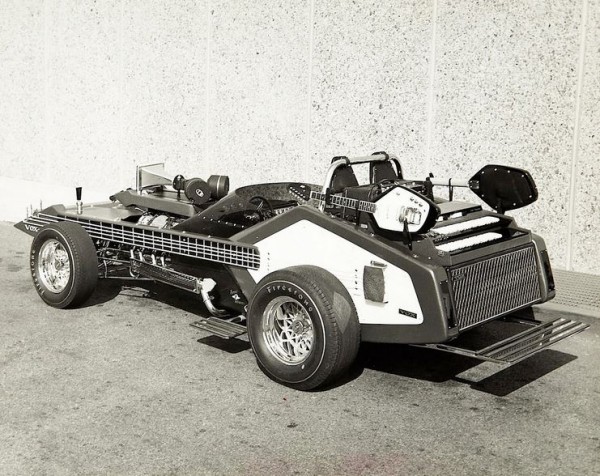 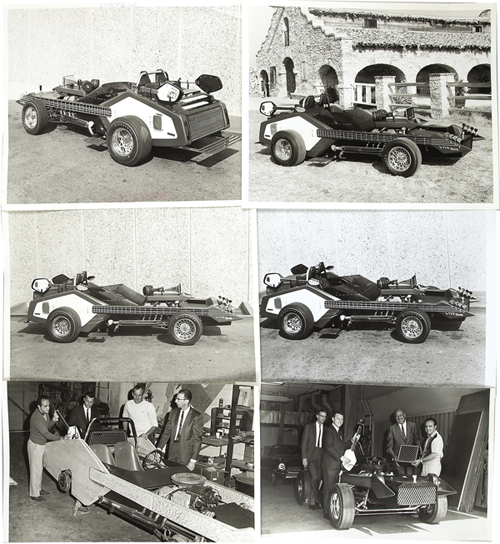 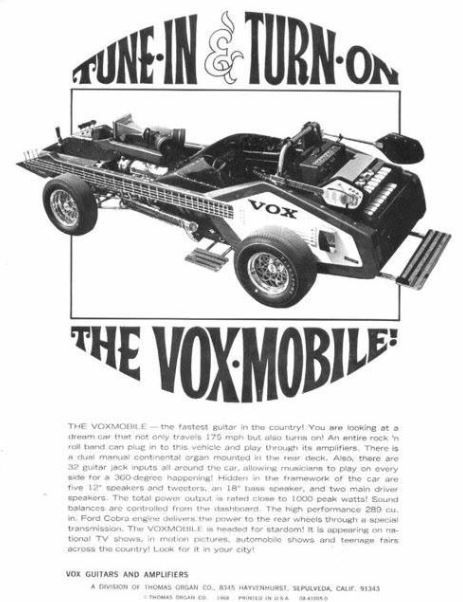 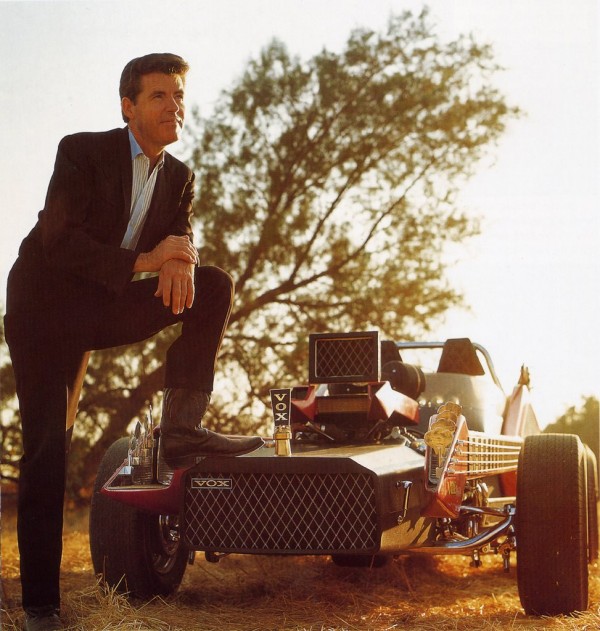 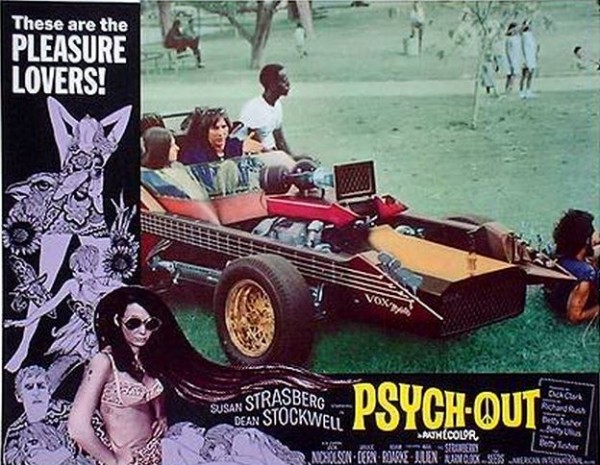 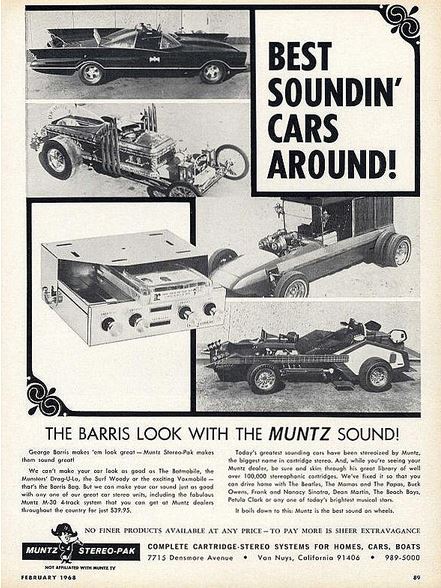 « The Shadows of Knight – Doin’ The Potato Chip All Dolled Up »