We seem to be on a bit of a roll at the moment when it comes to featuring slightly bonkers architects and it would be rude of us not to share our latest slightly bonkers architects discovery with you; it’s time to take a look at Austrian avant-garde, distorters of public and private space, self-confessed mind-expanders and, ahem, emphasisers of the perpetual realm Haus-Rucker-Co.

1967 seemed to be a particularly pivotal year musically, artistically, fashion-wise and also for young, newly qualified architects hell-bent on changing the world with their new-fangled crazy ideas on taking people out of their comfort zones and confronting conventionally held ideas on how public and private spaces should look and function.

From their inception in 1967 Haus-Rucker-Co took ideas, often seemingly impossible ideas, and made them a reality using materials that at the time were strange, new and unusual. They melded huge Perspex balls with 19th century buildings creating an almost personal oasis suspended 10 metres from the ground. They created ‘Mind Expanders’ which enabled people to sit together and completely isolate themselves from the outside world and perhaps their finest moment was the Flyhead Environmental Transformer – a bottle green Perspex double bubble head piece with its own power pack that not only gives you a fly’s eye perspective on the world but is also designed to completely change your relationship with the environment around you

They took the perspective of the Situationists who believed that modern advanced capitalism created false desires which were impossible to satiate and that life was itself a series of situations, discrete moments in time, that should be experienced, hence their Flyhead and Mind Expander concepts. They felt that capitalism lead to the living of life through objects rather than experiences – almost a kind of commodity fetishism.

The Haus-Rucker-Co practice continued until 1992 although latterly their work was more conventional than the early ideas they are most fondly remembered for. 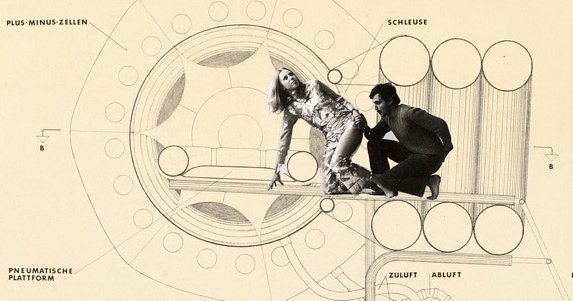 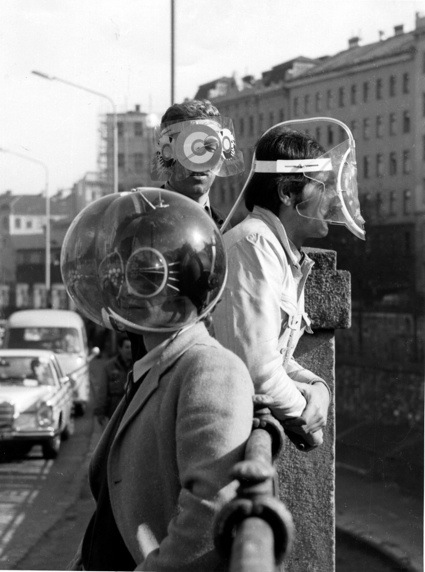 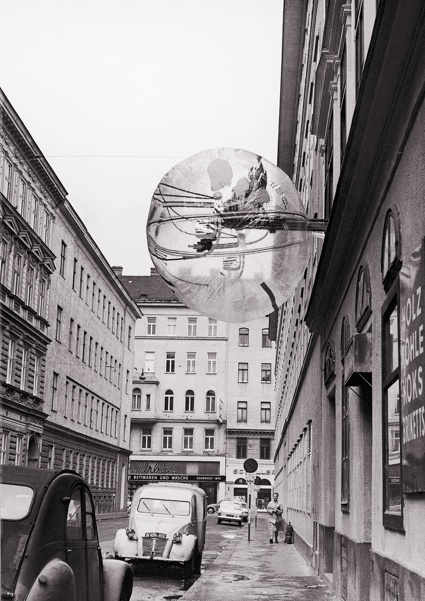 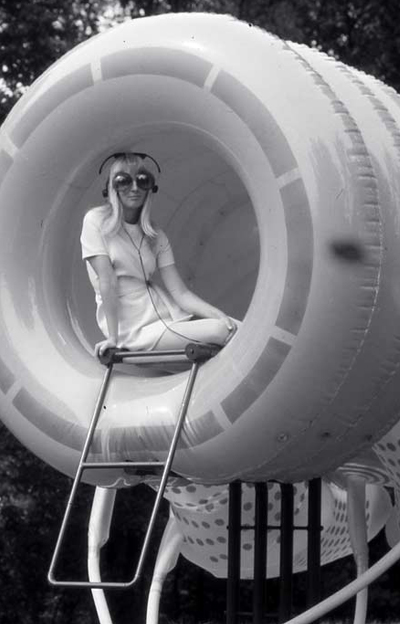 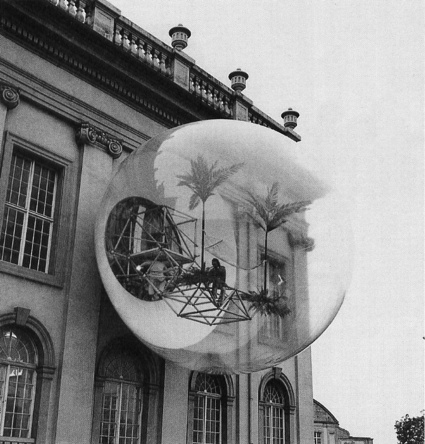