As another part of our occasional series focusing on men dressed up with big cat heads, which kicked off with the seminal Lee Lion Head ads, we now take a trip to the South African veldt and cast our beady eye on Die Swart Luiperd also known as The Black Leopard.

The Black Leopard was a South African comic book series that ran from the late 1970s through to the beginning of the 1990s. The back story was that the main protagonist and the Black Leopard himself – Leon Fouche – would travel the world with his two tame leopards Samson and Spikkels, a dark horse who we think was called Dark Horse and a sidekick named Benny Boy. The Black Leopard was set dead against any kind of firearms and would only use a bow and arrow and a hunting knife (although having said that he does seem to be carrying a gun in a number of the covers we’ve found but we’ll attribute that to artistic license).

The series was scripted by two Afrikaans writers – Abraham le Roux Botha and Meiring Fouche, although Botha passed away fairly early on in the series and Fouche continued alone thereafter.

Much more than the above we really don’t know other than to say we are big fans of any publication featuring people with big cat heads on and we will continue unabashed in our search across the grand expanse of the Internet for more books, magazines or pamphlets featuring furry folk in feline headwear. 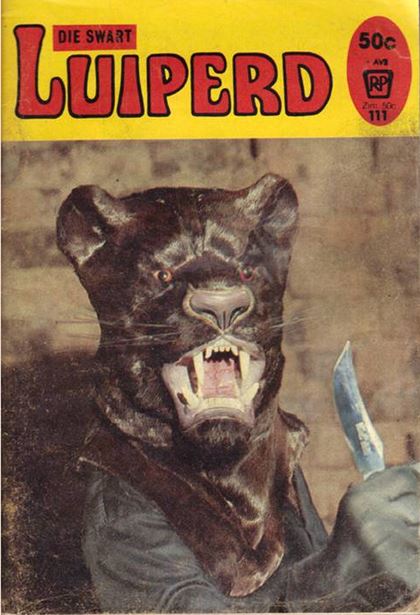 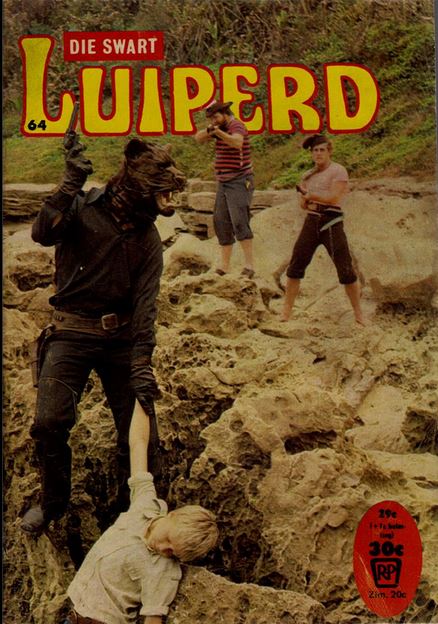 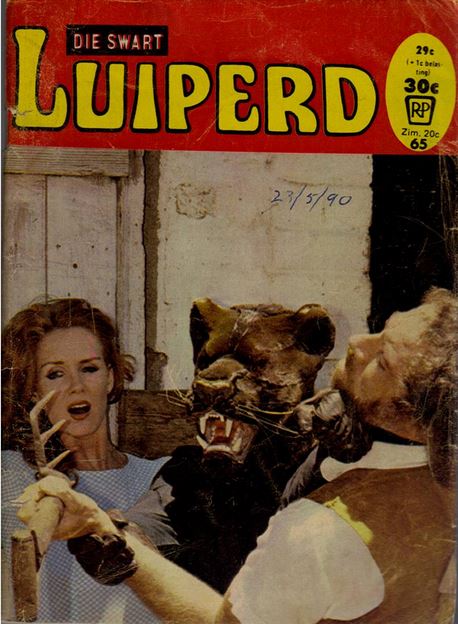 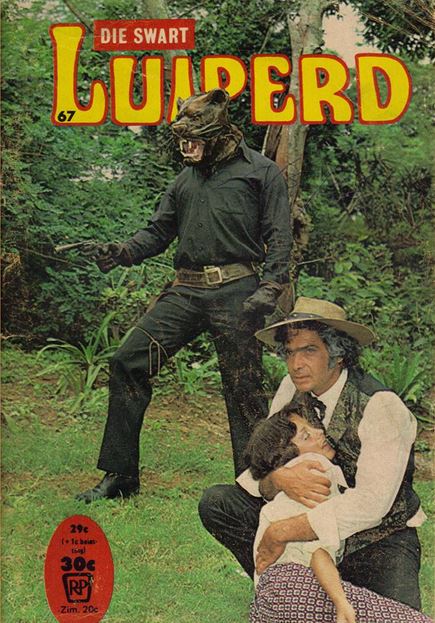 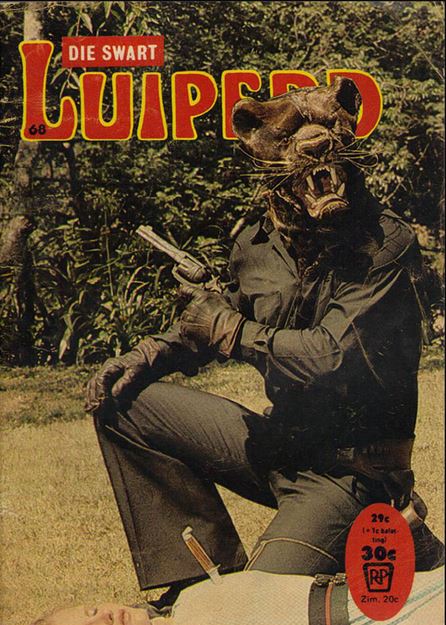 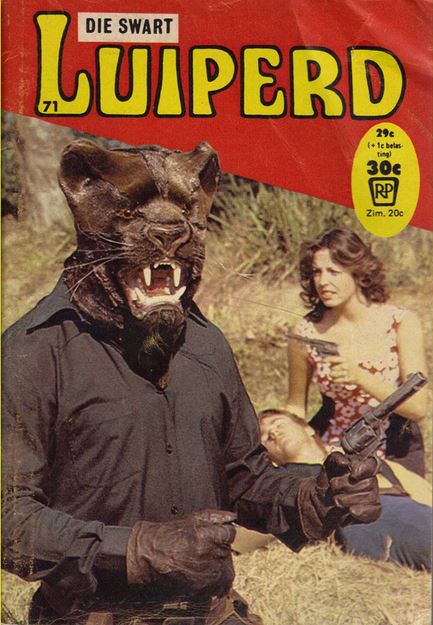 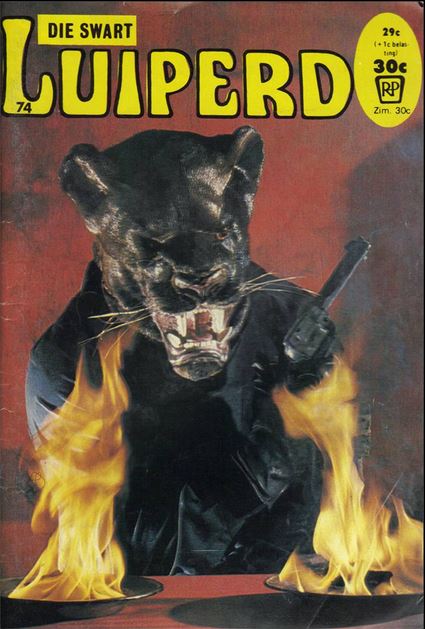 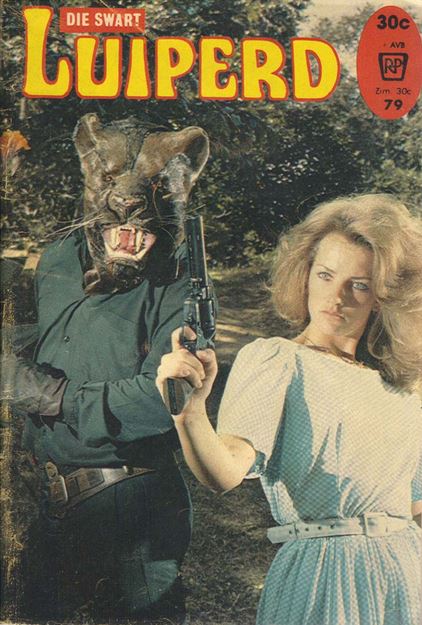 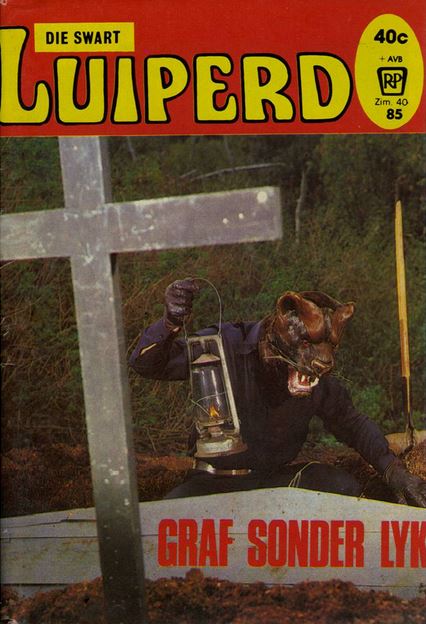 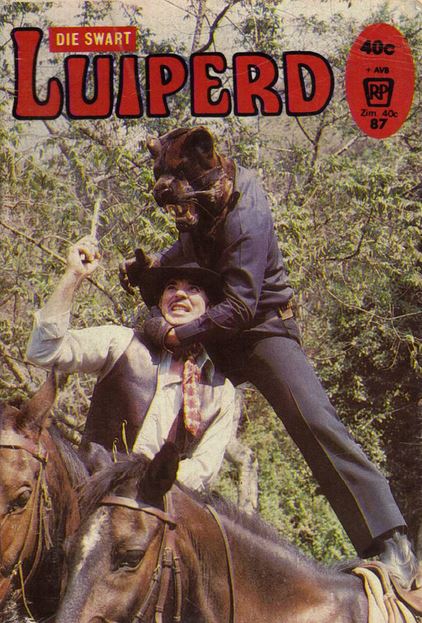 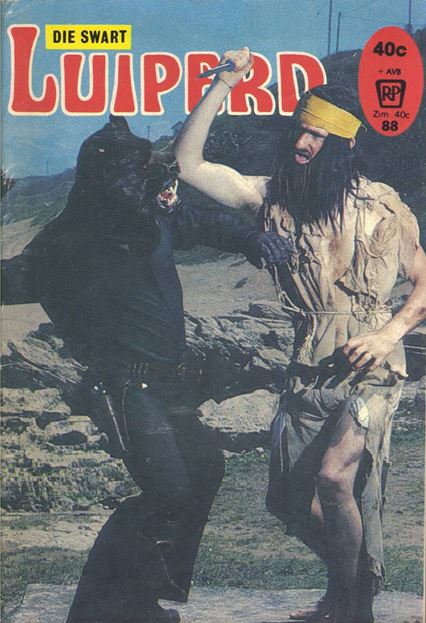 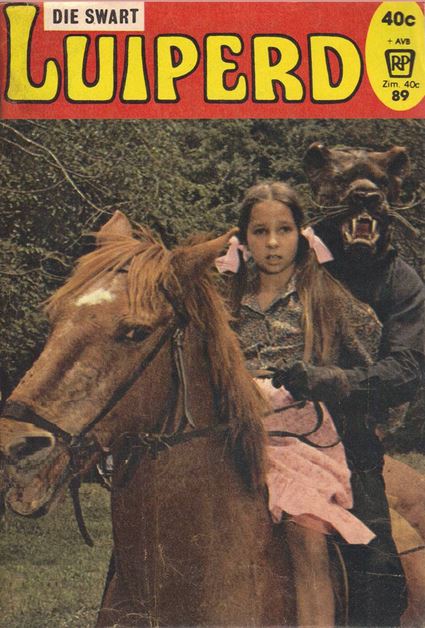 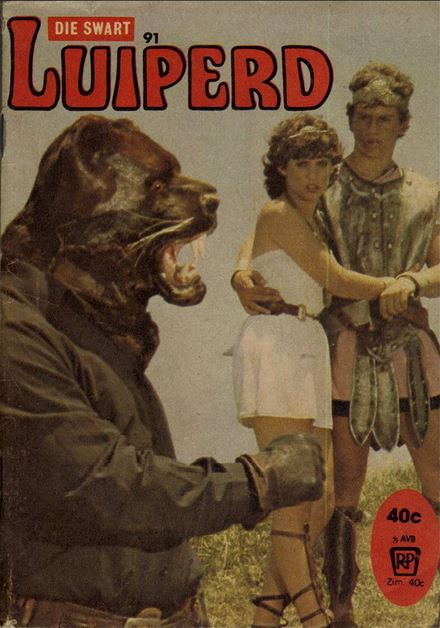 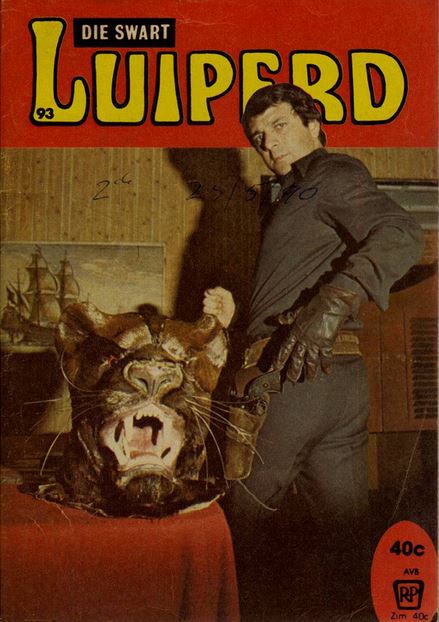