We do like our obscure architectural trends here at VoEA and we’ve struck lucky again with this classic example of Japanese Metabolism – a movement that almost represented Japan’s post-war resurgence and was all about radical ideas and change in a society that literally had to reinvent itself after the horrors of World War II.

Located in Shimbashi, Tokyo the Nakagin Capsule Tower was the work of philosopher and architect Kisho Kurokawa. As one of the co-founders of the Metabolist movement (we’ll be looking closer at this in a future post) he was very influential in Japanese atchitectural circles and lectured extensively on both building design and philosophy believing them both to be inextricably linked.

The Nakagin Capsule Tower is a mixed-use tower consisting of thirteen floors and some 140 units or capsules. Built in 1972 the units were pre-cast and bolted on to two in-situ interconnected concrete towers. Each capsule is a self-contained unit measuring a cosy 7ft by 12ft by 6’9” and is designed as a small office or living space. The units were designed for Japanese bachelor salarymen and had all the mod cons you would have expected some 40 years ago including built-in TV set, fridge, small cooker and of course, a reel-to-reel tape deck. A very small bathroom unit is also included and when we say small we mean airplane bathroom size small.

The capsules are connected to the towers by high-tension bolts and are also cantilevered. Each capsule can be individually removed from the main structure without affecting any of the other units. Of late the building has fallen out of favour with residents and locals alike and was close to being demolished and replaced with a modern tower block back in 2007. Kurokawa stepped in to defend his design and proposed removing and replacing the capsules with more modern ones. Unfortunately Kurokawa passed away at the end of that year but the Japan Institute of Architects are fighting his corner and any demolition and subsequent redevelopment has been put on hold by the global recession of the late noughties. At the time of writing the future of the Nakagin Capsule Tower is not looking brilliant but there are a number of influential supporters out there including Nicolai Ouroussoff, the architecture critic of the New York Times who described it as ‘gorgeous architecture; like all great buildings it is the crystallisation of a far-reaching cultural ideal. Its existence also stands as a powerful reminder of paths not taken, of the possibility of worlds shaped by different sets of values’. Our thoughts exactly. 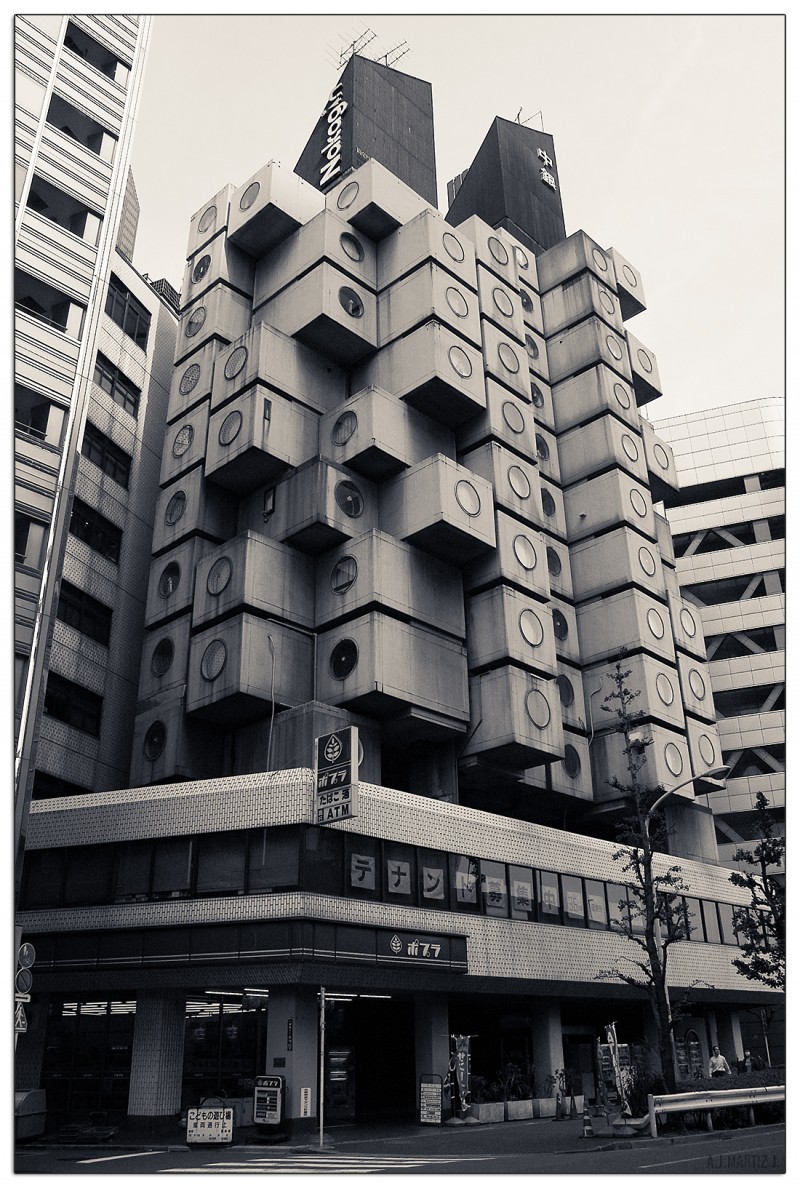