The album is known as a “Guilty Pleasure” for Chet Baker fans as it’s far from straight Jazz and could be considered his “Sell out” record. On the LP he pays tribute to Blood, Sweat and Tears with the album title and a cover of Spinning Wheel. He also covers  The Beatles – Something, The Box Tops – The Letter, The Archies – Sugar Sugar, The Sandpipers – Come Saturday morning and Laura Nyro – And When I Die.

Embedded for your listening pleasure are covers of Vehicle by The Ides of March and Chet’s version of Santana’s Evil Ways. 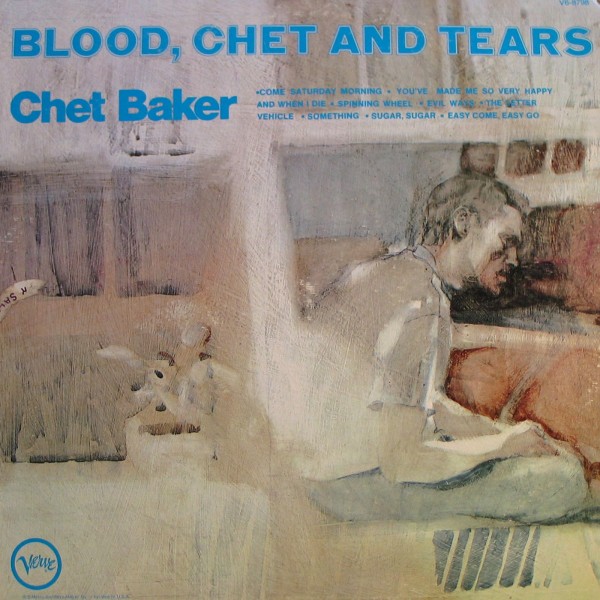