The colourful Schwabylon shopping and leisure centre had one hundred shops, a cinema, twelve restaurants, a beer garden, sports facilities, Roman spa, sauna, solarium, swimming pool and a skating rink. Located next door was a Holiday Inn which contained a three-story nightclub named after The Beatles song Yellow Submarine, which was surrounded by a 600,000 litre water tank with more than 30 sharks – What could possibly go wrong?

Schwabylon is a portmanteau word that blended together the name of the district in Munich, Germany and the word Babylon. The pyramid shaped shopping centre with it’s bright red, yellow and orange rising sun paint work was designed by architect Justus Dahinde and opened for business on November 9th in 1973.

Although the centre had many attractions it was (almost) windowless and had ramps instead of stairs, and just fourteen months later the retailers “shut up shop” and the Schwabylon closed. Parts of the building  were demolished in 1979, however the Holiday Inn and night club remained – Minus the sharks. 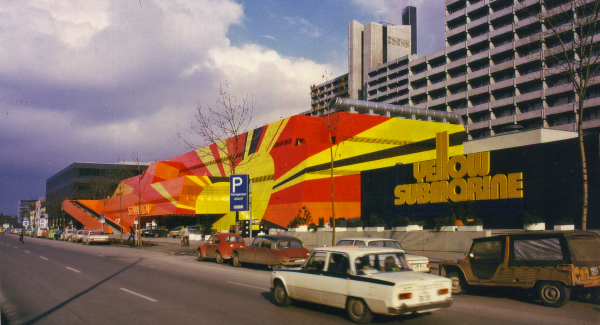 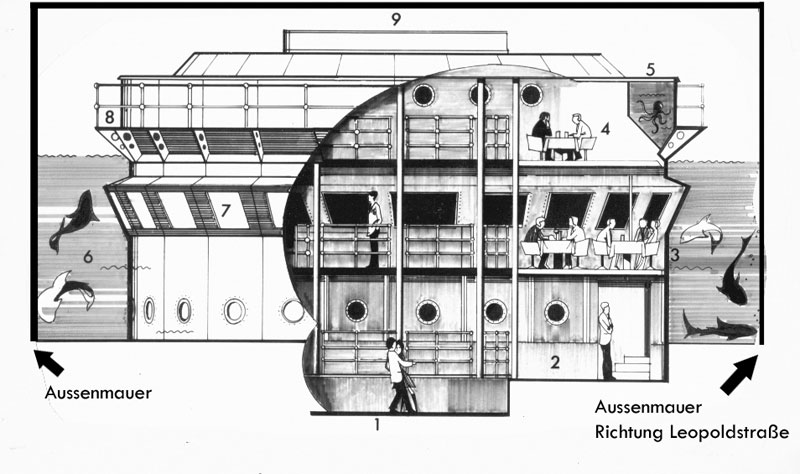 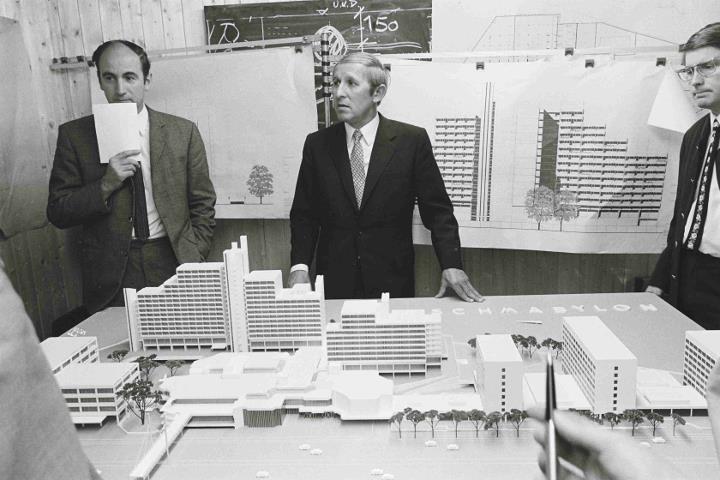 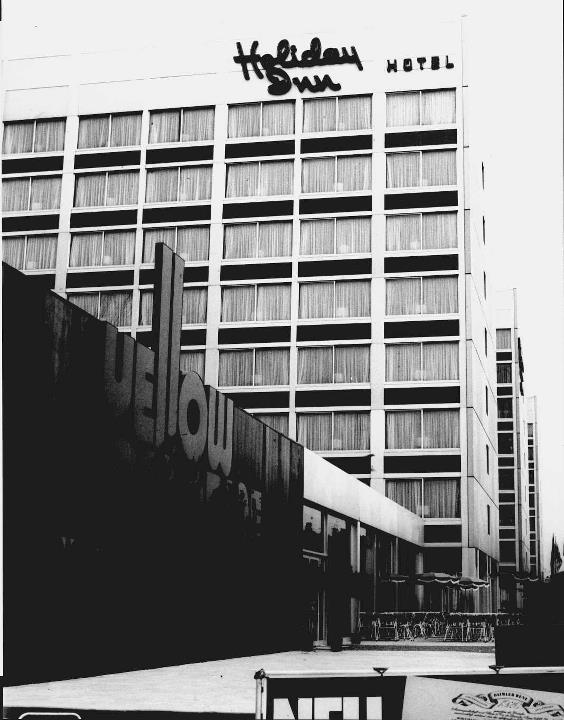