Falling in Love at Woodstock Festival – The Comics

You’ve heard the album, listened to the song, seen the film, and got the T shirt or perhaps you were there (man) at the most famous rock festival in history, but now it’s time to take a look at Woodstock – The comics.

Here we have not one, but two comics that cashed in on the Woodstock phenomenon. The first one is Falling in Love which was published in October 1970. It’s a tale of finding love at the festival with  Zack Barton – The practicing hippy, zen master and lover.

Then we have My love – It happened at Woodstock from Marvel comics. In this issue from November 1971 we find out that it wasn’t really a free festival – “No one told me the price of admission would be a broken heart” 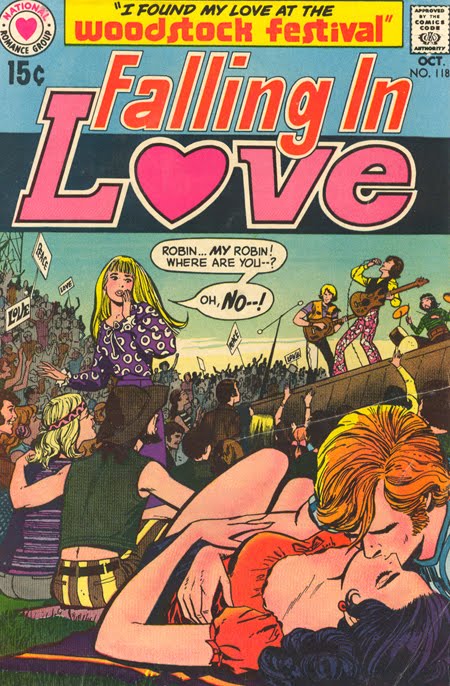 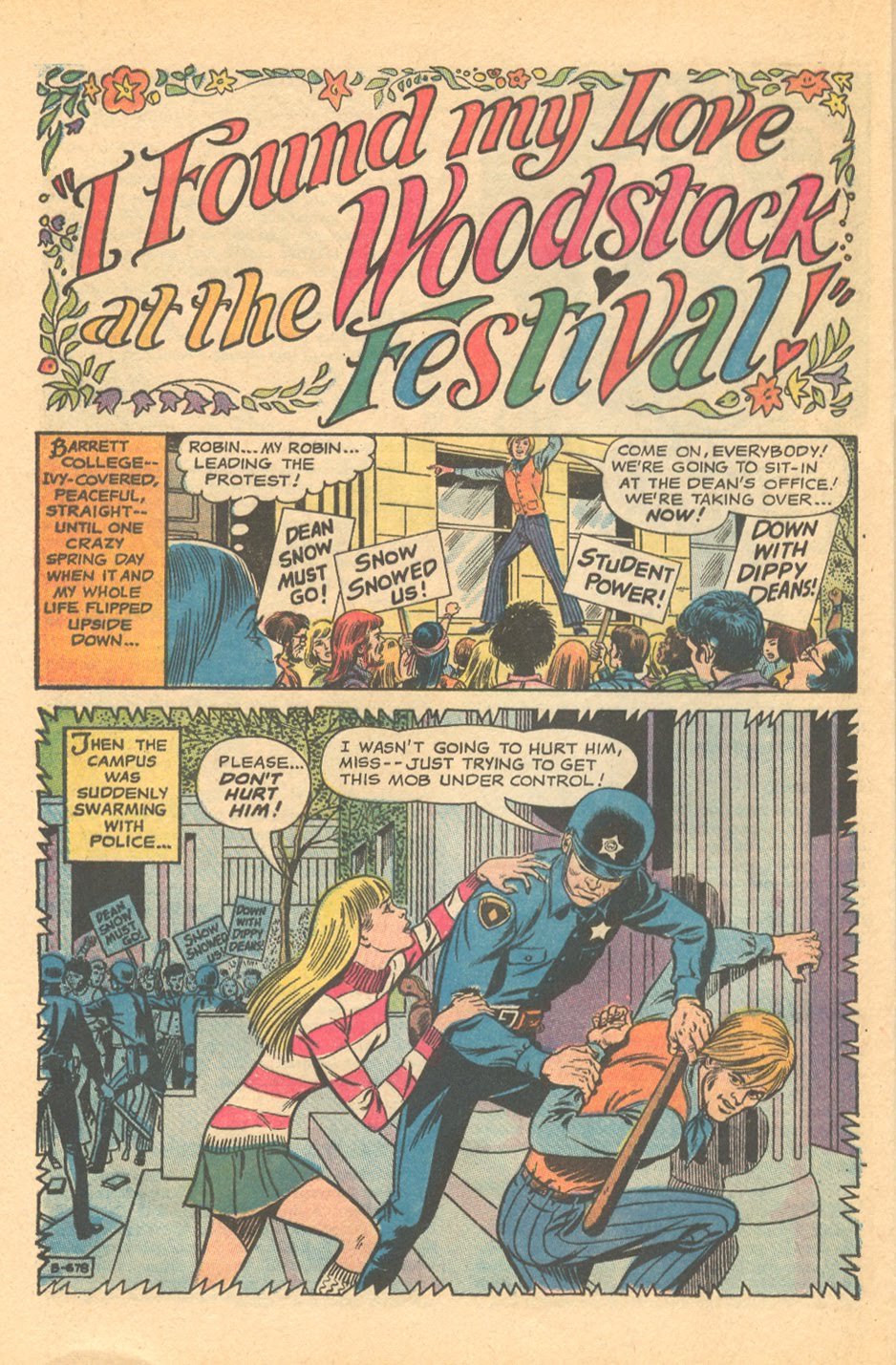 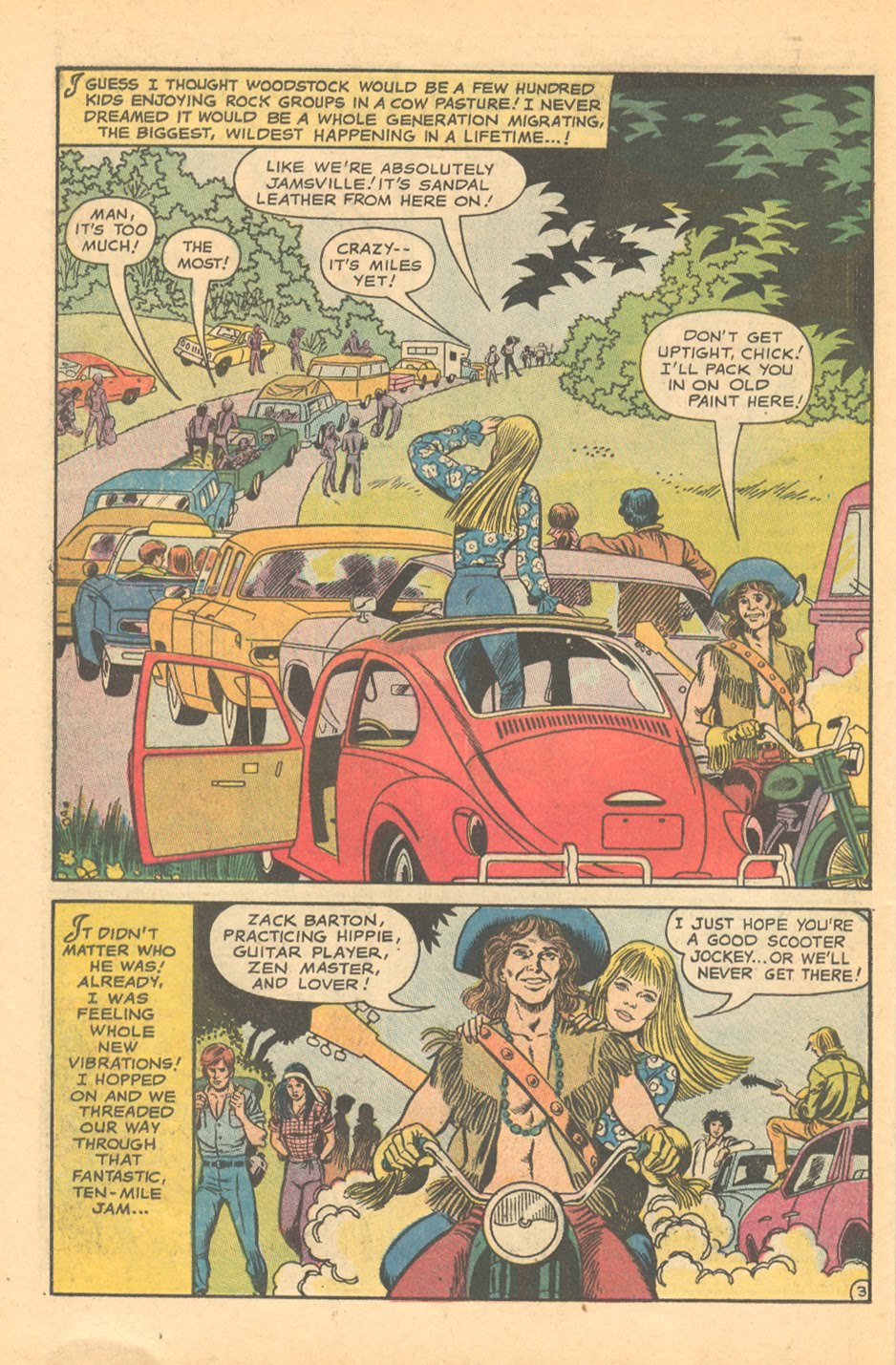 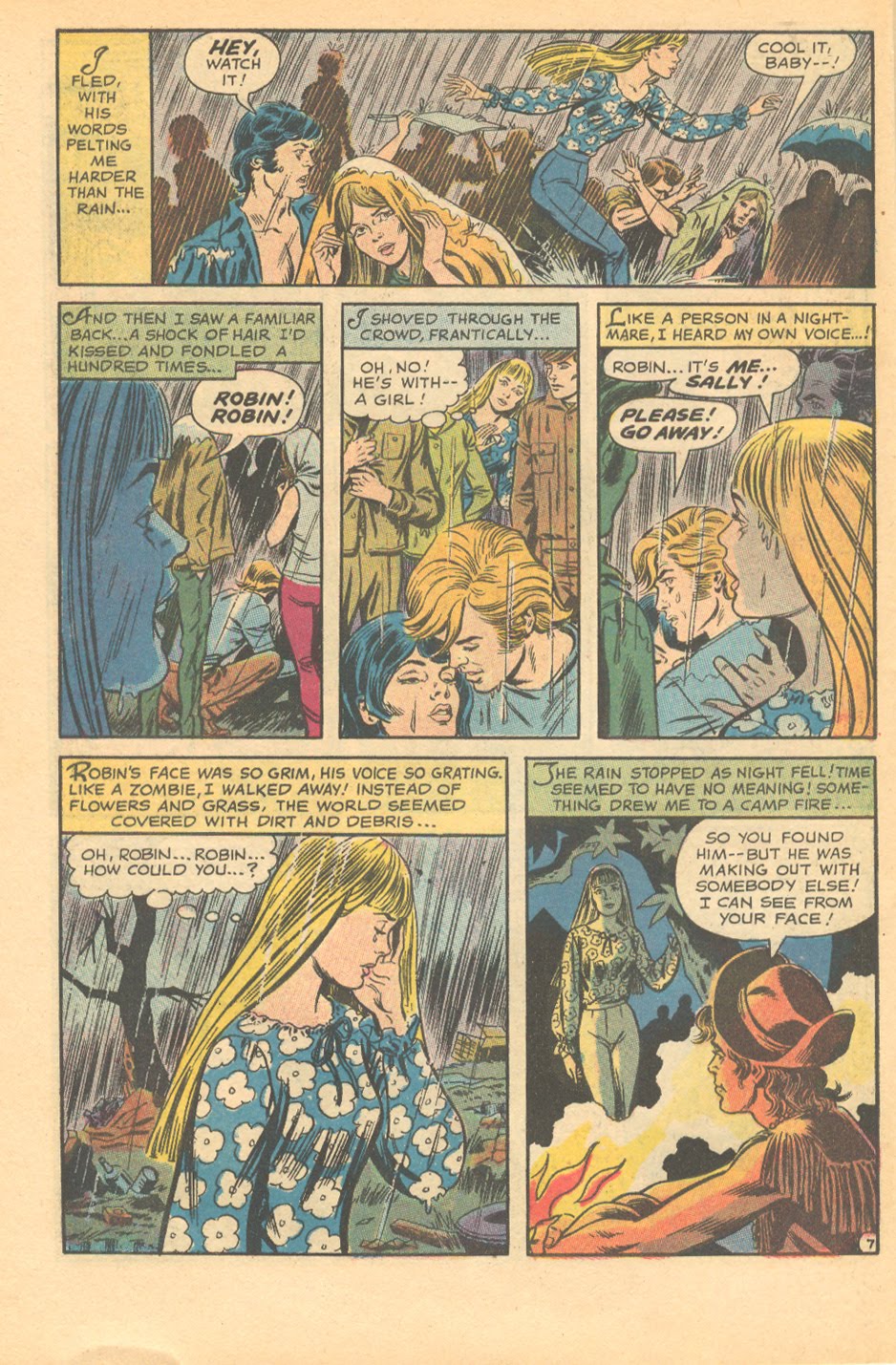 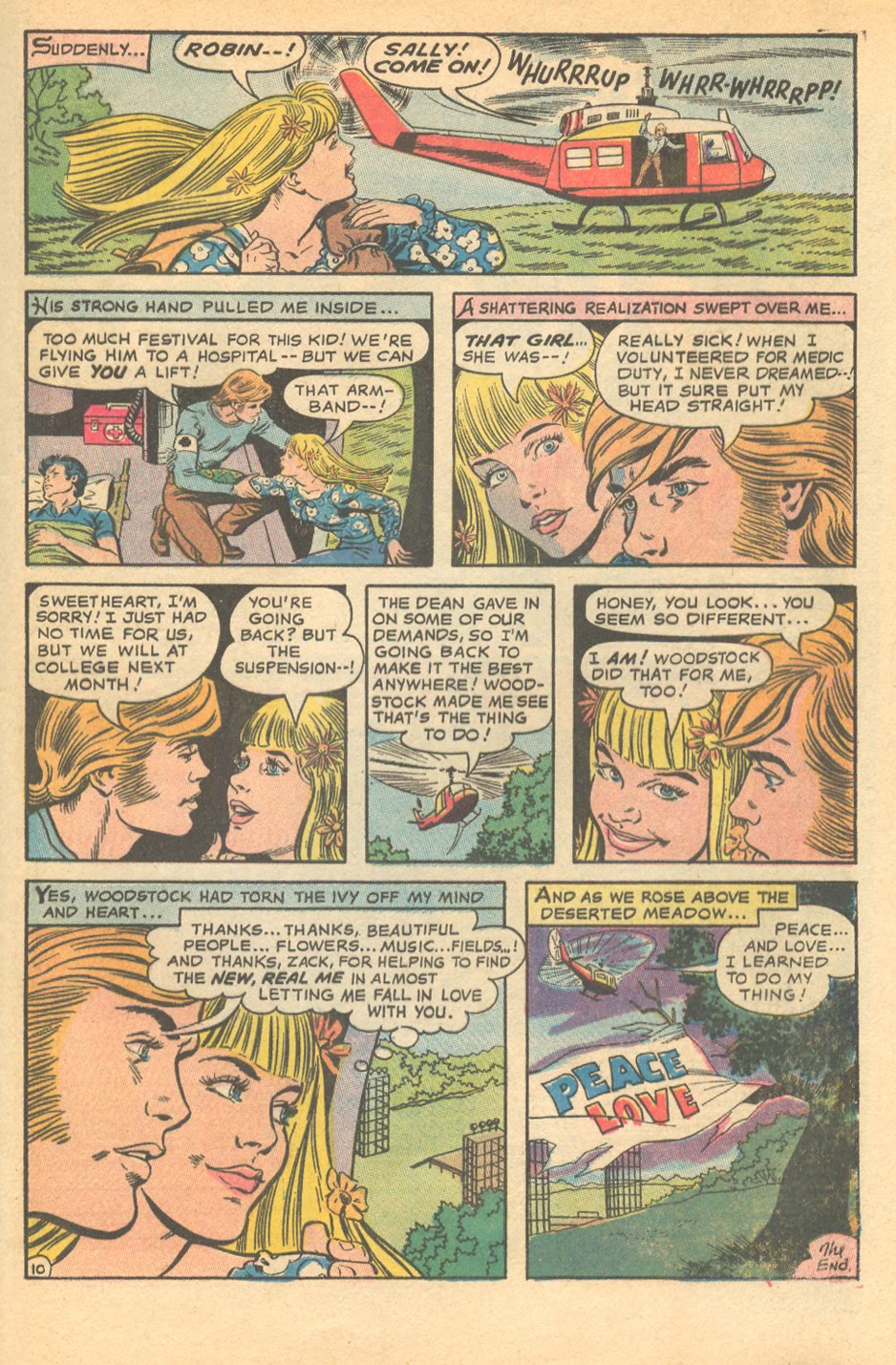 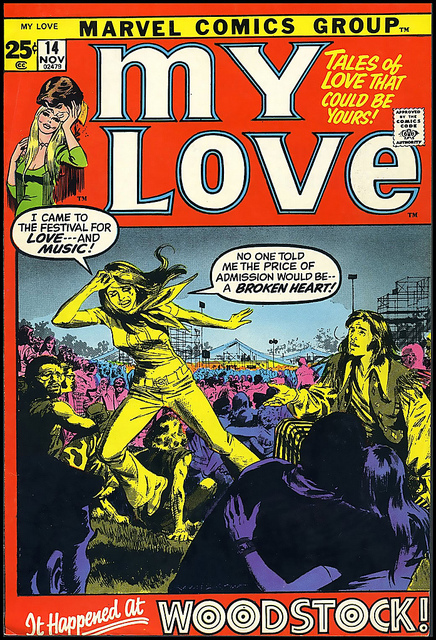 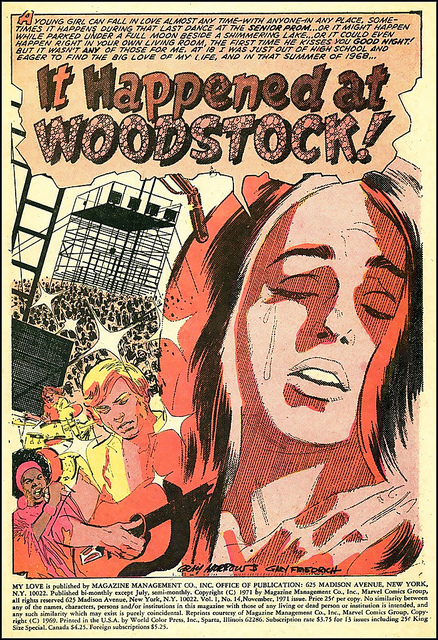 « Queen of The Galaxy – Ten Barbarella Posters Mick Jagger – Hey, You, Get Out of That Car »