Our first encounter with this seventies Thai film was on you tube.The clip was described as Dirty Harry Meets Shaft in Thailand by French cult movie website Foxy Bronx, but unfortunately they didn’t have a translated title for the film in French or English and it wasn’t a straight remake of Shaft or Dirty Harry – so we decided to do some digging and see if we could find out more.

After a bit of time googling and investigating we found the 1977 Blaxploitation style film on the Mee Noi Thai Movie Review website. They say “Even if you don’t understand the story, Tarm Kah 20,000 Miles is a damn fine action film”.

Although the Thai film title cannot be directly translated (It was never meant to be seen outside of  Thailand) we’ve been reliably informed that it roughly translates to The 20,000 Miles Hunter.

VoEA Trivia: Between 1977 and 1990, Thai actor Sorapong Chatree (who dons an Afro wig for this film) starred in thirty movies every year. 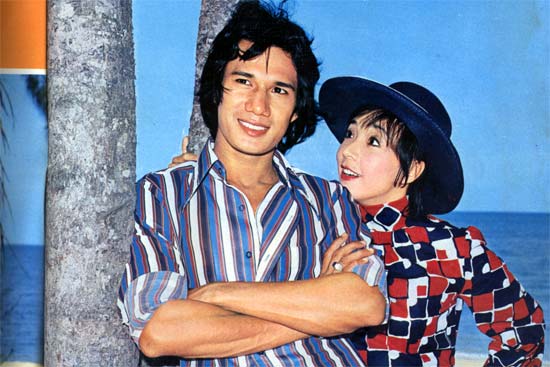 Sorapong Chatree (minus the Afro wig) 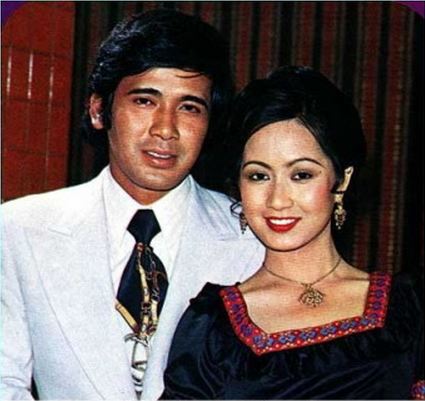 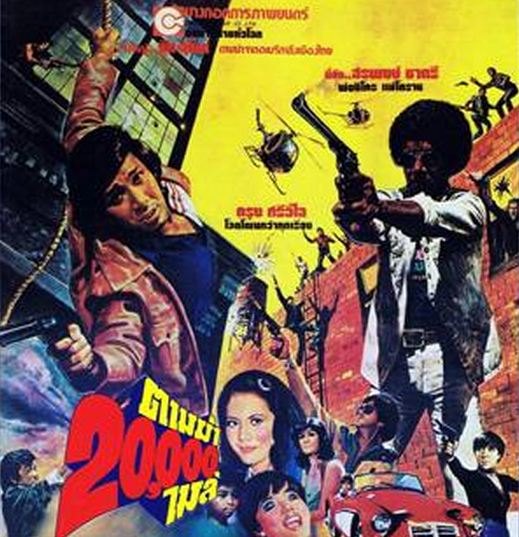 « Hanging Out with Michael Caine in Los Angeles Trade Your Soul »