Don’t worry Hollywood hasn’t run out of ideas (yet) Batman fights Dracula isn’t the latest film in the Dark Knight series. Also it’s not an unreleased episode from the sixties Adam West TV series that’s been laying on the cutting room floor for years, neither is it connected to the Andy Warhol film “Batman Dracula” which was shown at his art exhibitions in 1964 without DC comics permission.

This unofficial  film which stars the caped crusader battling with the count was produced and shown in the Philippines – there were several Batman films produced during the sixties and seventies, however this film has remained a holy grail for Batman fanatics.

Some film oddities that we’ve featured in the past have never been released and are kept in the vaults, however Batman fights Dracula didn’t even make it to the vaults as most sources that we’ve found say the film is now “lost” and all that remains of the film is a poster, a one sentence entry on wikipedia and a funny (made-up) review on the IMDB website.

Here at VoEA we don’t want you to leave empty handed, so we’ve added a short clip and a poster from a previous Philippine spoof Batman film from 1966 where he meets secret agent James Bond in the not very imaginatively titled James Batman. In this film comedian Dolphy (Rodolfo Vera Quizon Sr) plays the parts of Batman and Bond – Holy Moly! 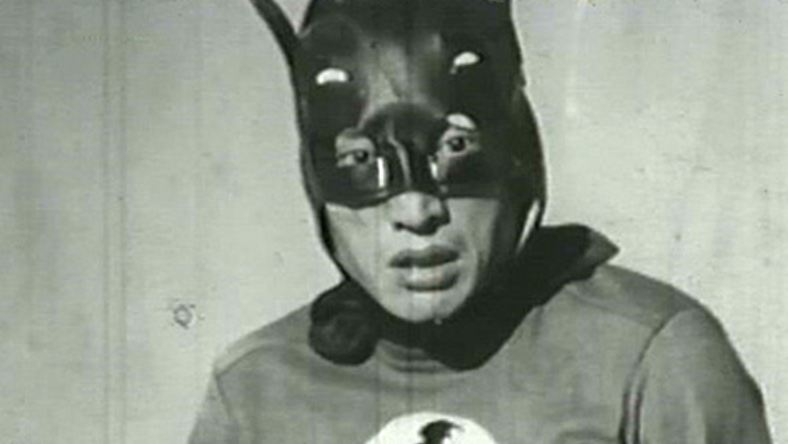 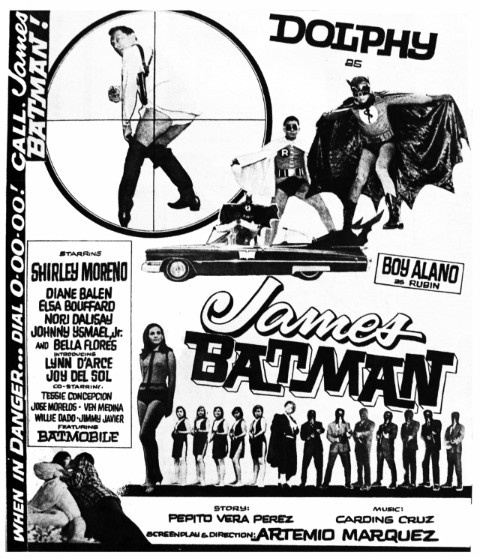 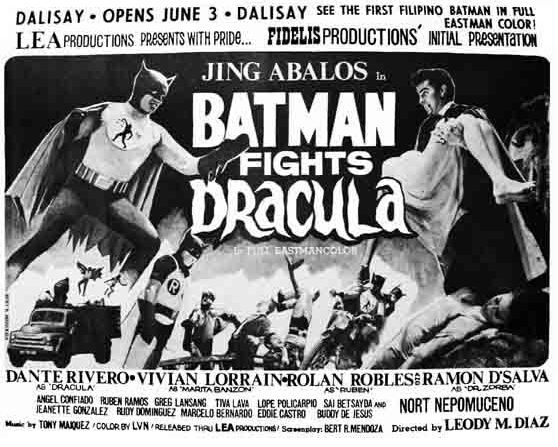