Match of The Day – Playboy Bunnies Versus Apes

We’ve not had many football related posts as there’s more than enough news and views on the subject out there to last anyone a lifetime but here’s something completely different from 1973 which ticks all the right boxes for us featuring as it does men dressed as apes, Playboy bunnies and of course football legend Malcolm Allison.

It’s a real win-win situation when one of these charity games is arranged as the charity in question gets donations and publicity – on this occasion the World Wildlife Fund, the participants themselves get free publicity and are shown to be doing fine work for a great cause and we win because we get to see men in ape masks playing football with Playboy bunnies. OK so it may not be advancing the feminist cause but this was 40 years ago and to our knowledge is not a regular fixture on the footballing calendar.

The result is unknown but we can reveal that the match was played at Fulham F.C.’s first ever ground – Hurlingham Park, currently home to the Hammersmith and Fulham Rugby Football Club and also best known as the location where Monty Python’s Upper Class Twit of the Year sketch was filmed.

Thanks to the guys at Who Ate All the Pies for the heads up on this one. 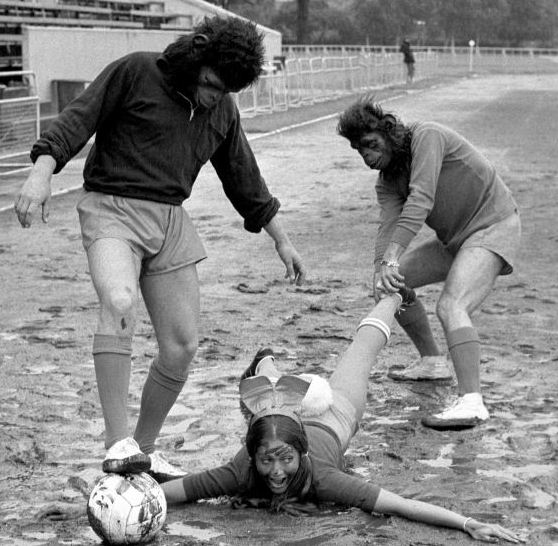 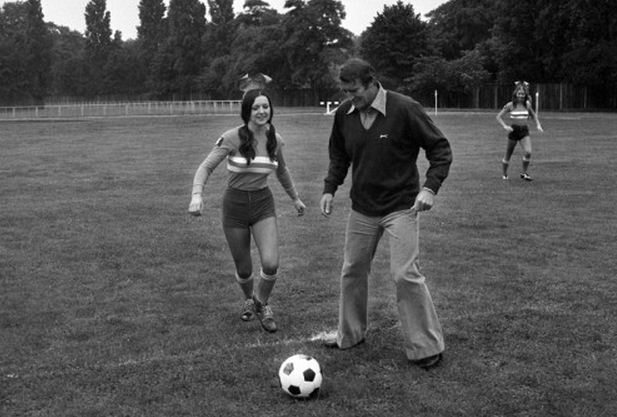 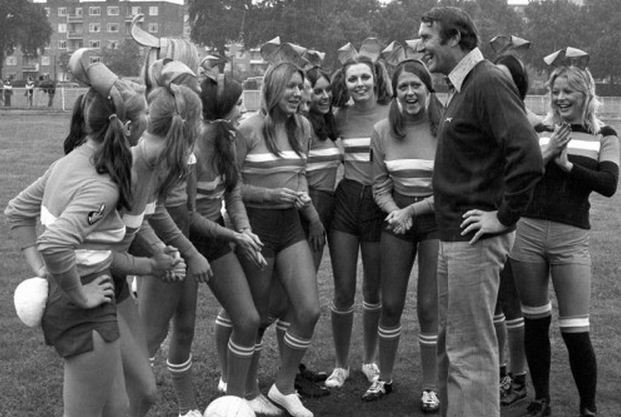 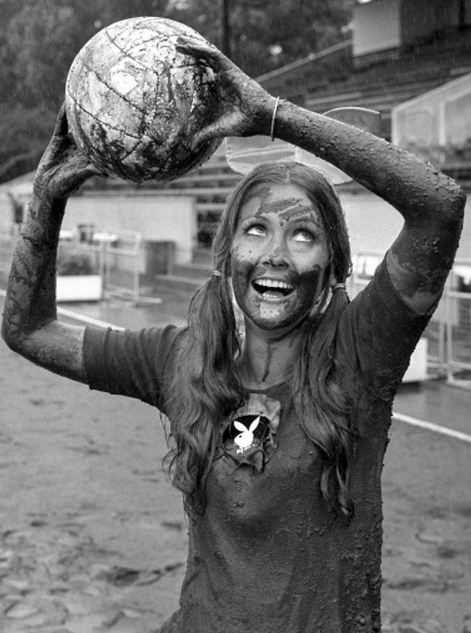