The Harlem Globetrotters exhibition basketball team played their first game way back in the twenties, since then they’ve played over 20,000 games in 120 countries.

When the team are not shooting hoops with a touch of comedy they’re appearing in films and video games, guesting on television shows or starring in their own Hanna-Barbera cartoon series – They’re a busy bunch!

In this 1968 souvenir book we meet the 42nd season team, check out a couple of  Trotter approved adverts for Converse and Cola, then take a trip with Wilt Chamberlain and the “Magicians of Basketball” as they trot around the globe visiting Milan, Paris, London and of course the good ole’ U.S of A. 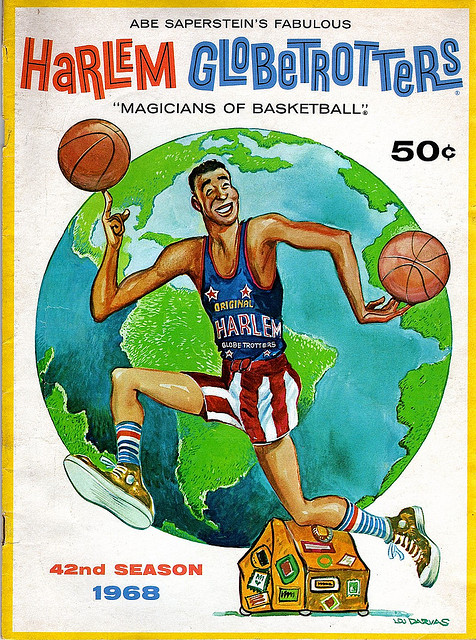 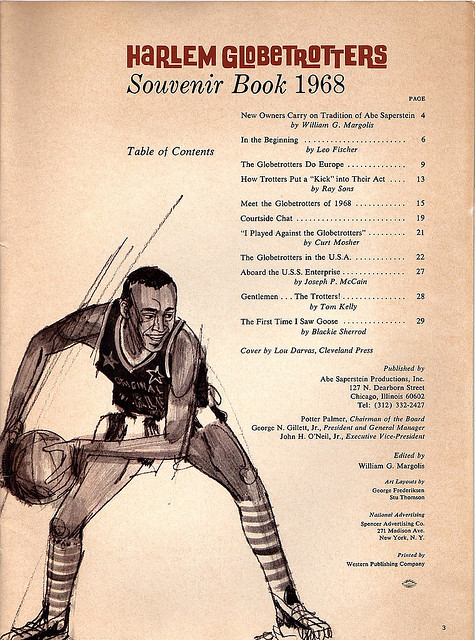 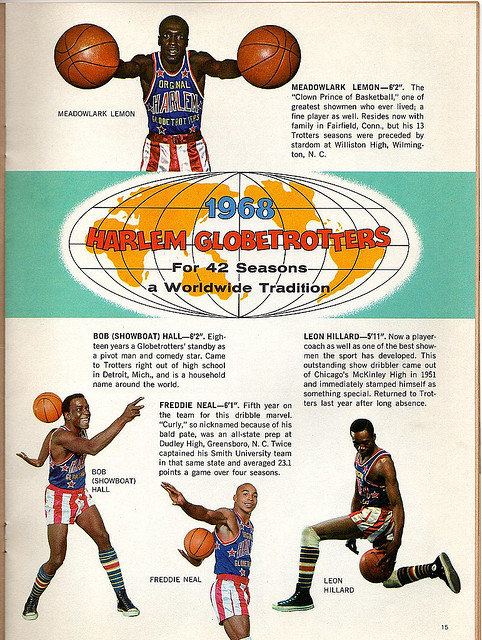 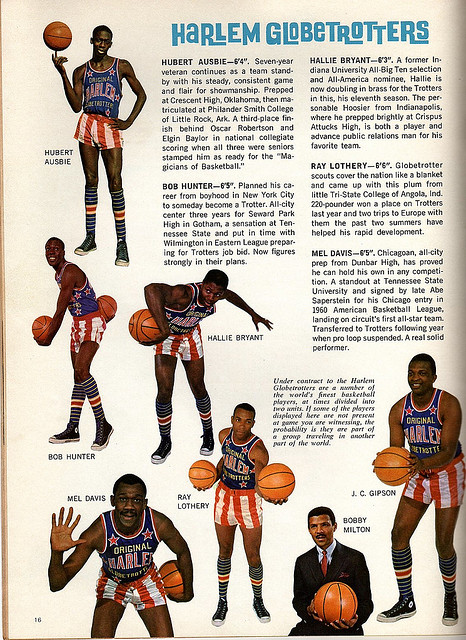 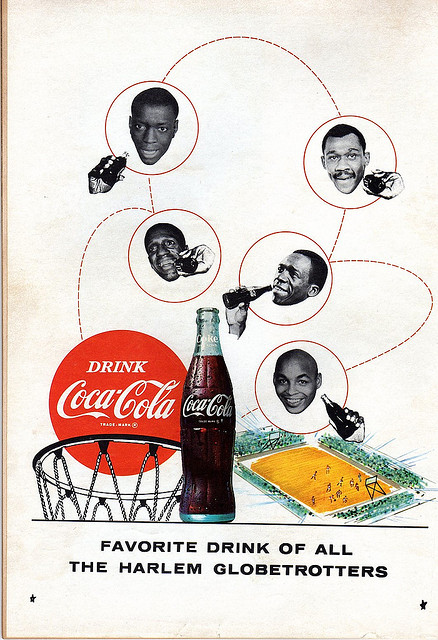 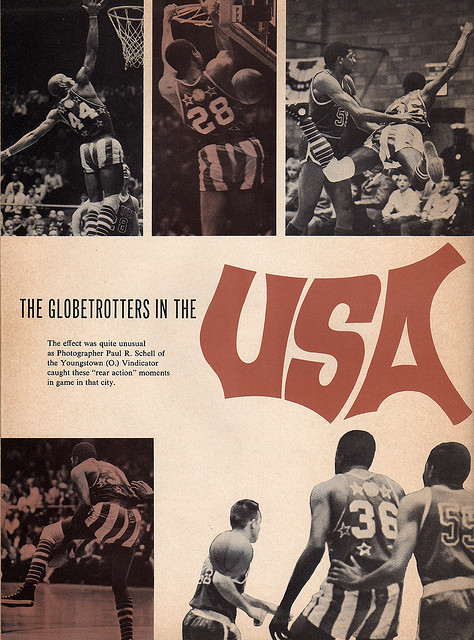 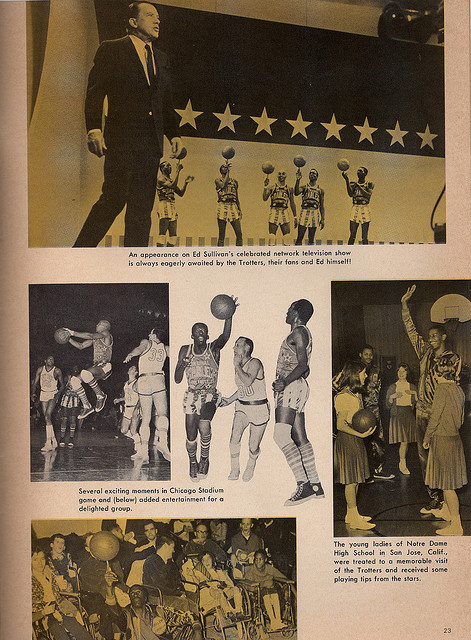 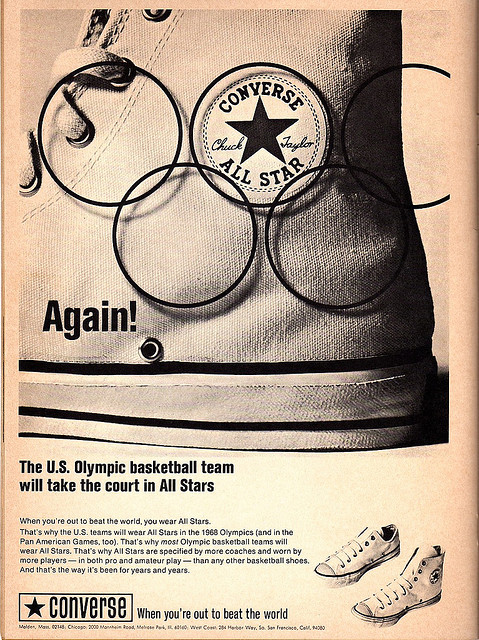 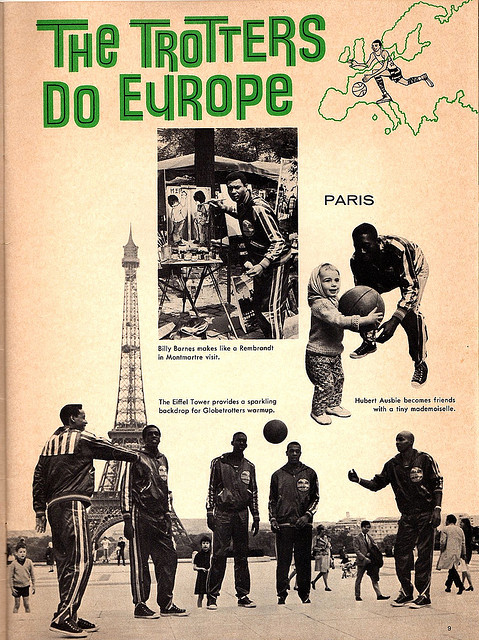 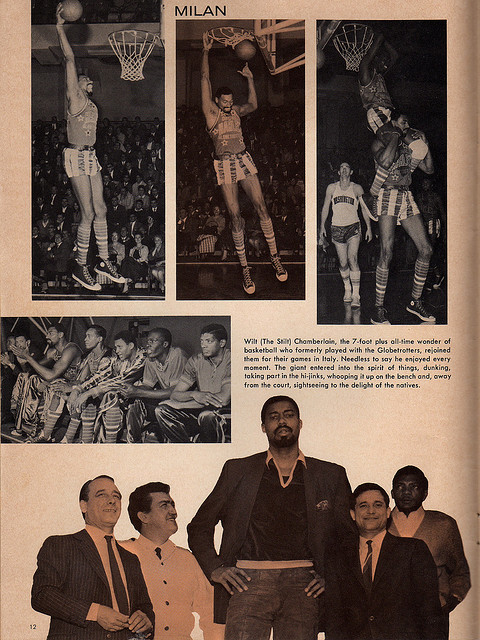 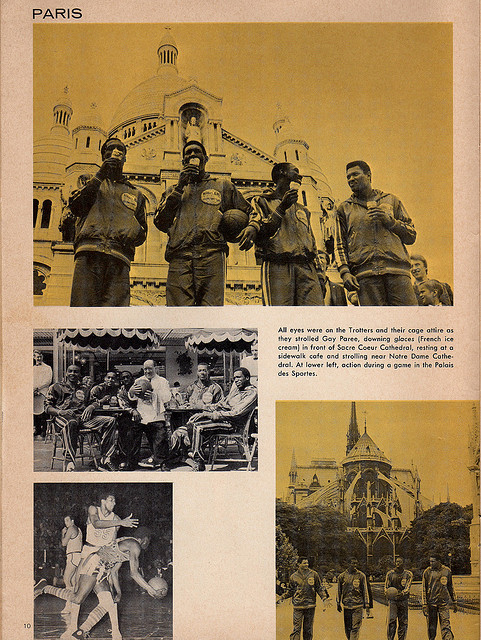 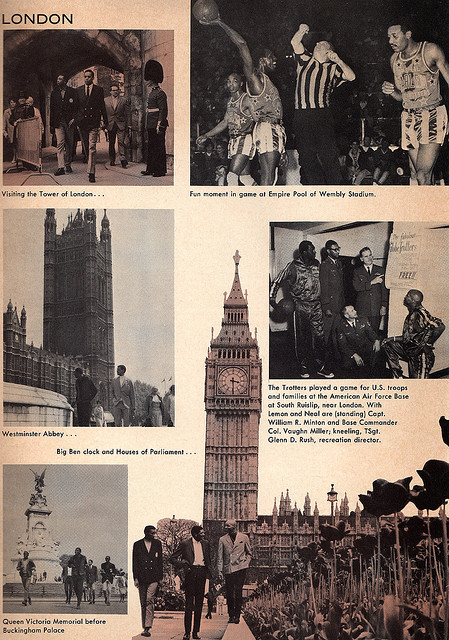