We imagine if your group’s name contained the word “Cow”, it would increase the chances of being picked by the American Dairy Association when they were searching  for a clean cut pop combo to promote the wonders of milk.

The Cowsills were a talented and melodic singing group made up of family members. The band was formed in 1965 by Cowsill Brothers Bill, Barry and Bob – later their brother John would join the band on drums. The youngsters kicked off their musical career by performing Beatles songs in local venues in their hometown of Newport, Rhode Island and also released singles on JODA and Philips records.

The band finally hit the jackpot with their single “The Rain, The Park and Other Things” which went to number two in the American Billboard chart in 1967. After the success of the single the band appeared on numerous TV shows in the sixties, became the inspiration for the popular seventies television show The Partridge Family, had a million selling single – a cover version of Hair and well-known artist Jack Davis illustrated their Best of Album in 1969.

Here we have a few magazine adverts of The Cowsills promoting the white stuff and a groovy sitar saturated radio commercial. 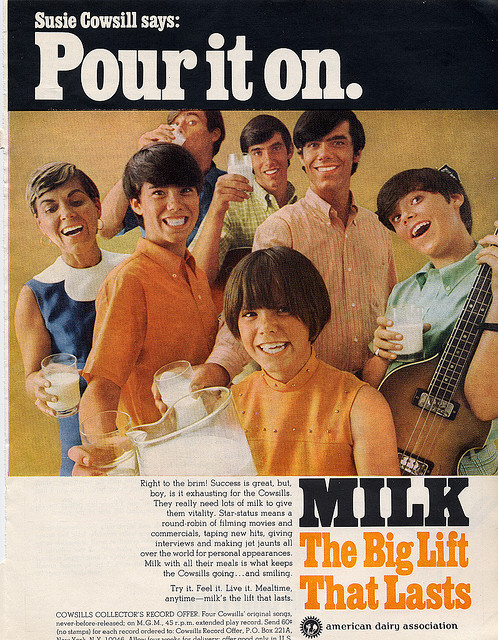 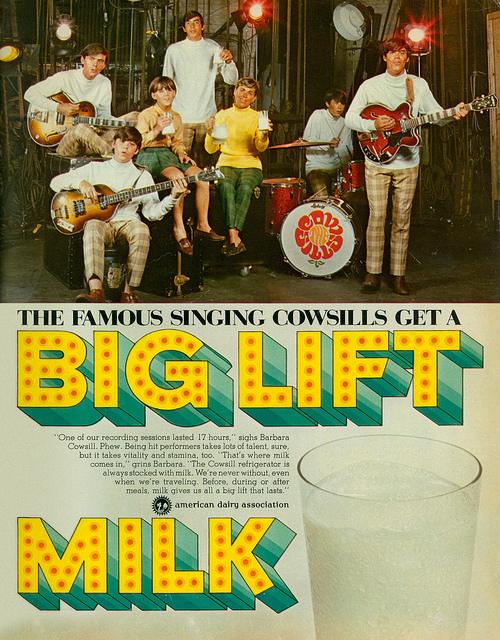 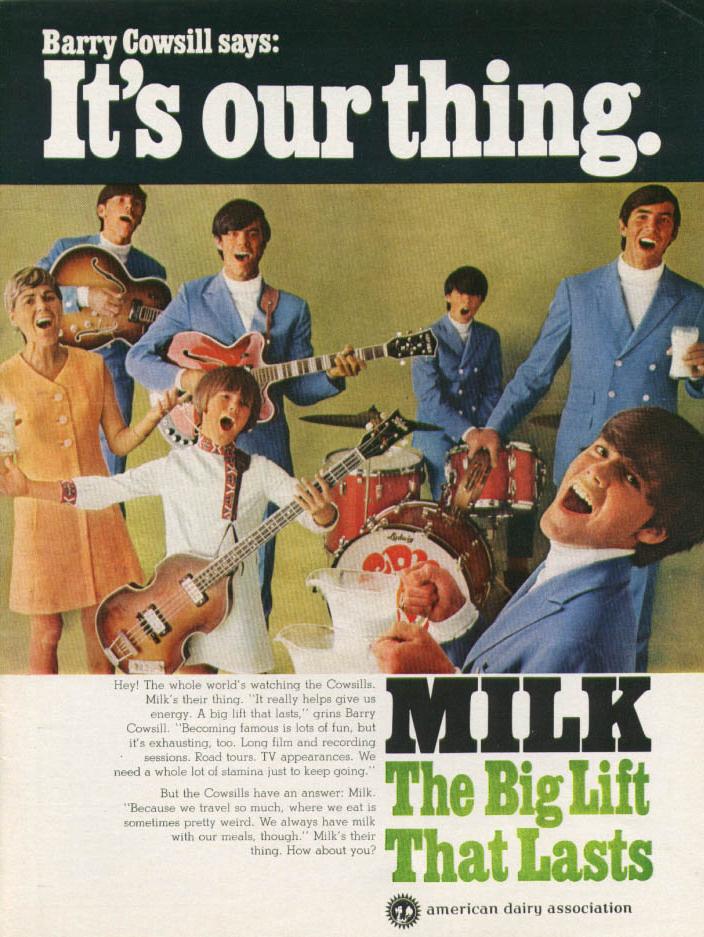 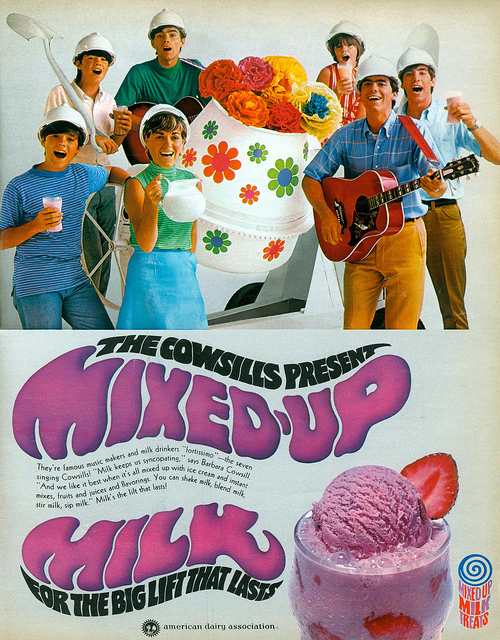 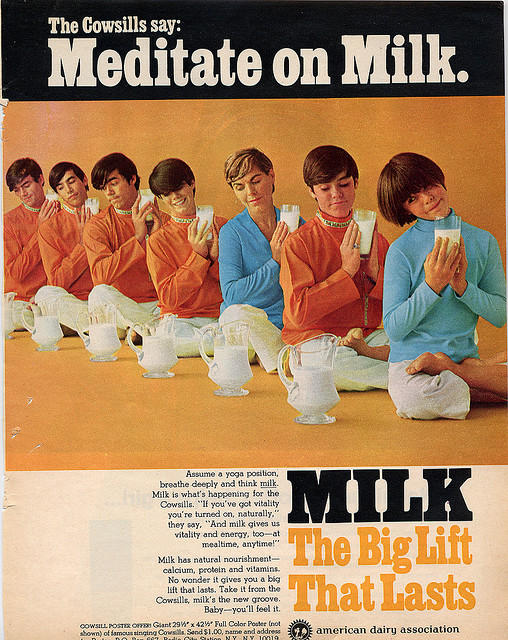 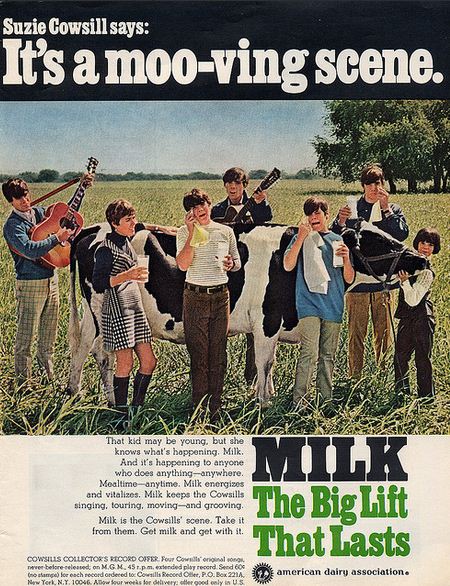