As we’re a bunch of non-Trekkies here at VoEA we find this protest held outside the NBC studios in Burbank (as that Spock bloke says) highly illogical.1968 was the year when the Vietnam war saw major developments and many protesters took to the streets to oppose it and spread their message of love not war.

Meanwhile in Burbank two hundred Caltech students decided that the cancellation of Sci-fi television show Star Trek was a much worthier cause and staged a protest outside the television studios in January 1968.  Jerry Ruhlow from the Los Angeles Times wrote “Students at Caltech have found little time for demonstrations, protests and draft card burnings rampant on many of the nation’s campuses”

At the protest the students played guitars and waved amusing banners in the air with slogans like Mr Spock For President, Sarnoff is a Klingon and Draft Spock, The protest did have an impact on television executives and the Sci-Fi show boldly went on. 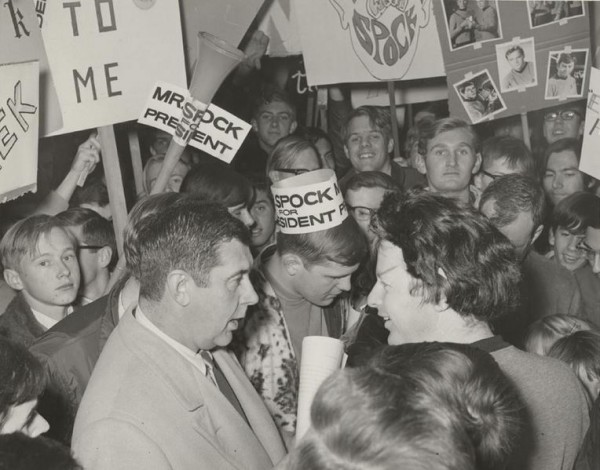 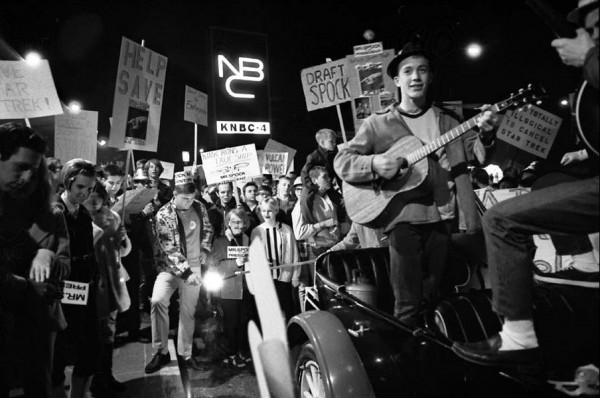 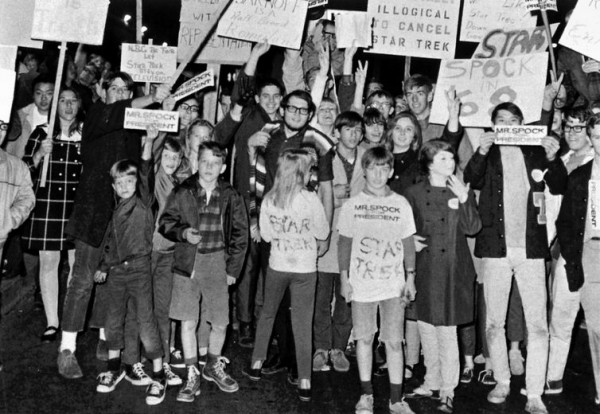