Woop-Woop, It’s the sound of da police – Here we have a collection of American police squad vehicle brochure covers from the sixties and seventies.

The first law enforcement wagon was powered by electricity and hit the streets of Akron, Ohio way back in 1899. Since then there has never been a car made specifically for any police force in the USA, so over the years there have been different manufacturers who have developed vehicles for crime fighting.

Our line-up of cop cars starts off in 1966 with an illustrated cover for the Dodge (complete with record shop in the background). That’s followed by various brochure covers from Plymouth and Ford before we end with a Dodge again in 1977. In the final picture you can see two officers grabbing a briefcase. We’re not sure what’s in the case, however if we believe what we’ve seen in various cop shows and numerous episodes of The Simpsons  – It contains donuts. 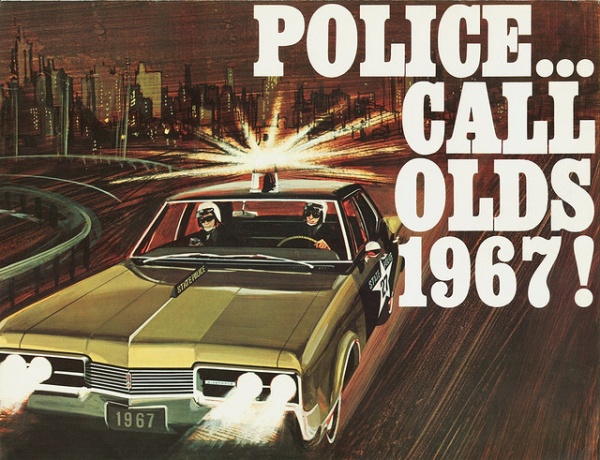 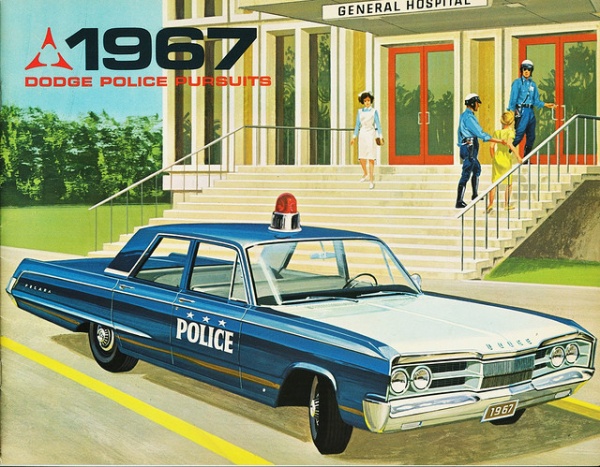 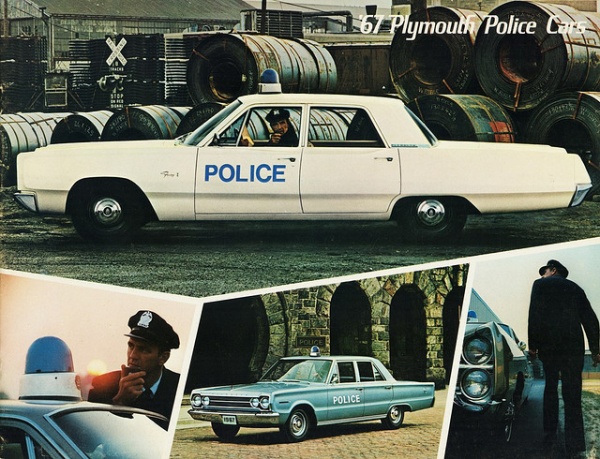 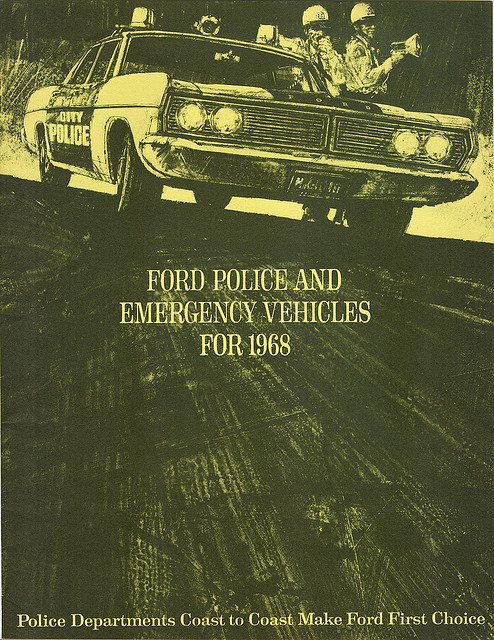 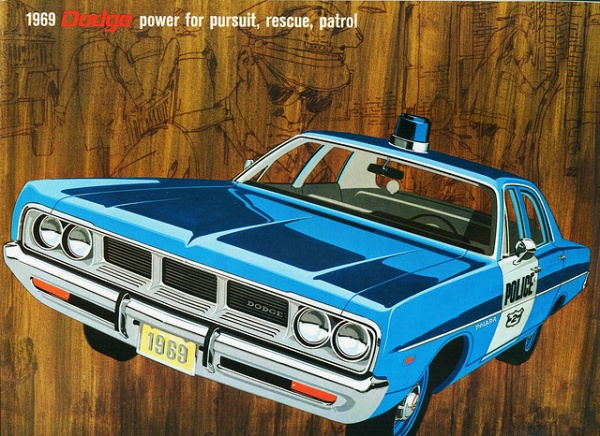 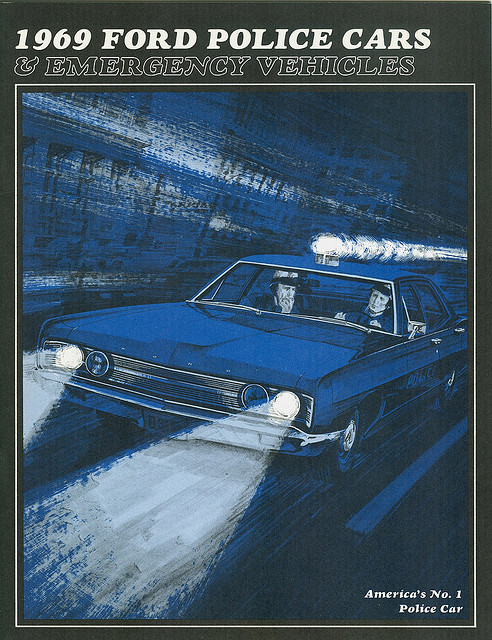 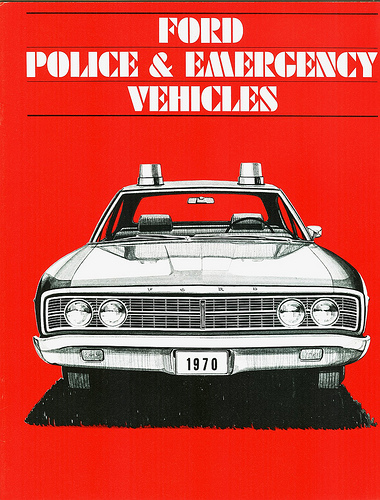 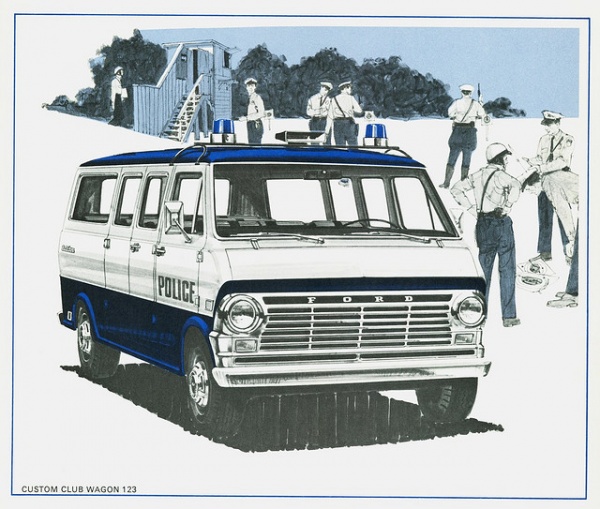 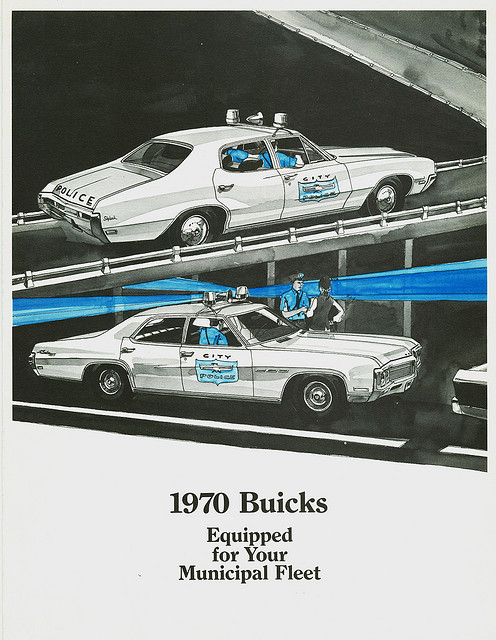 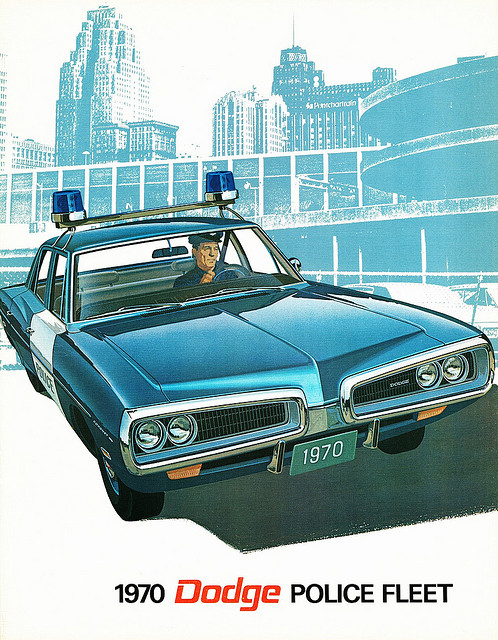 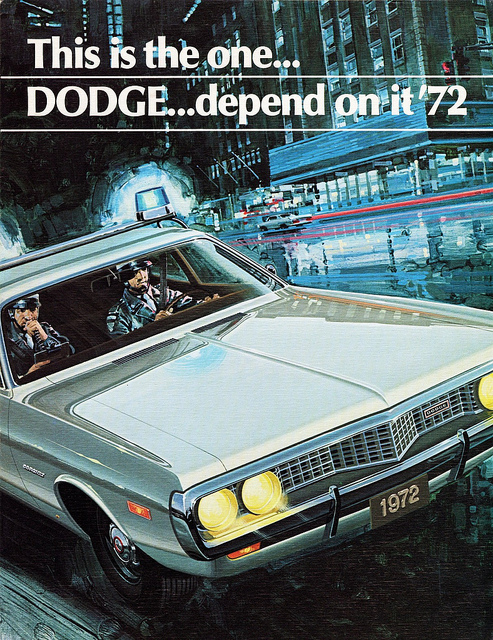 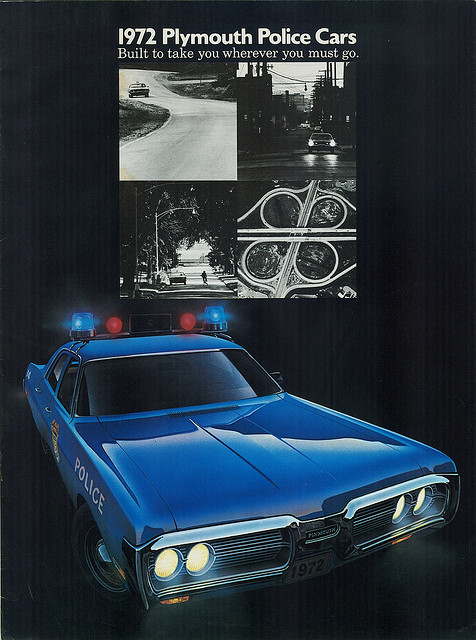 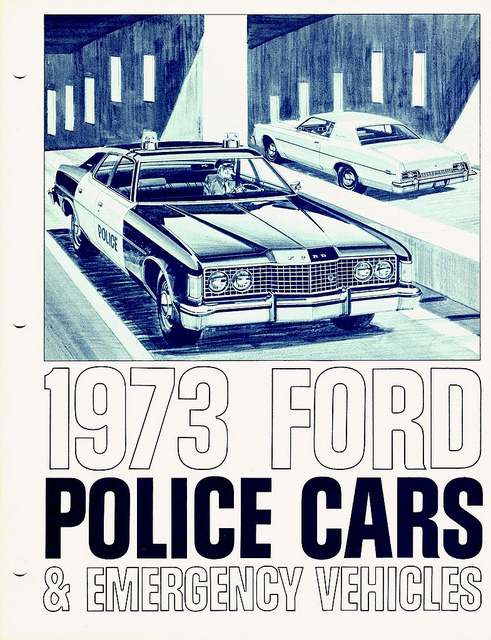 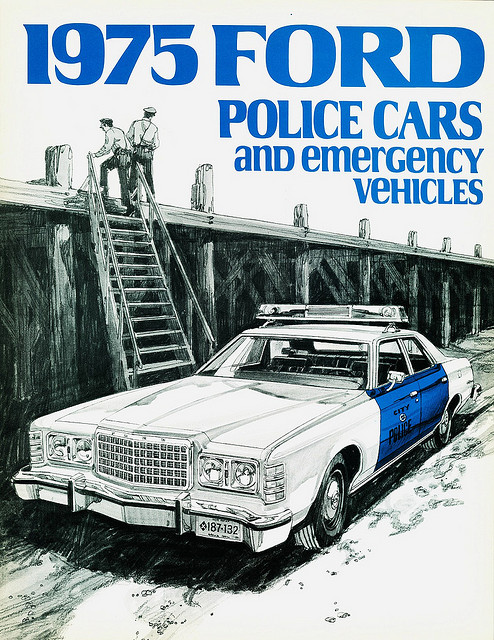 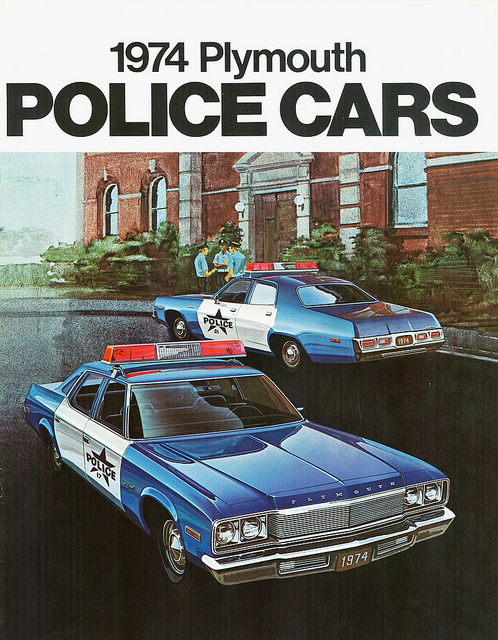 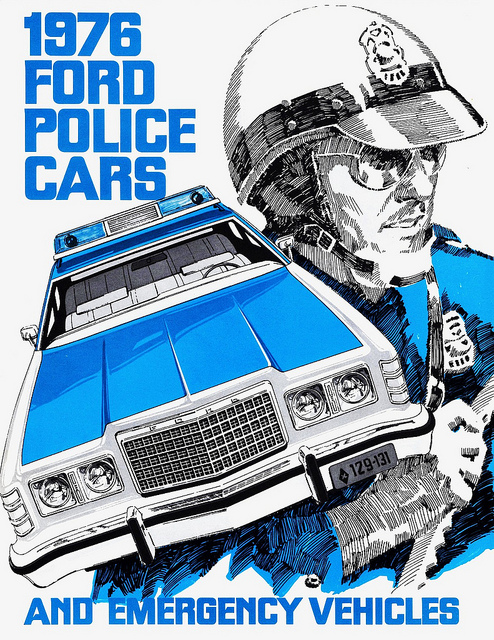 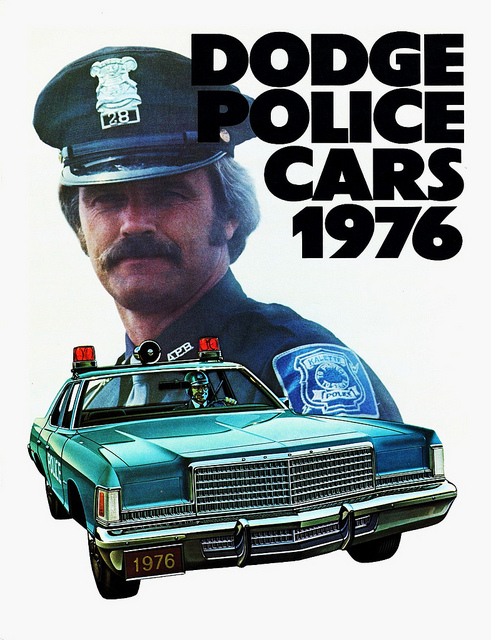 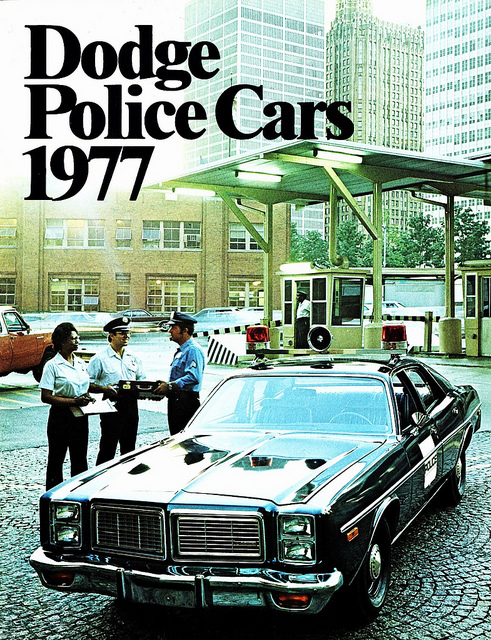