It’s been featured in the Encyclopedia Britannica, it appeared in Brian de Palma’s 1984 film Body Double, it’s been in an episode of the Simpsons as well as The Outer Limits and it was constructed on a plot of land nobody thought could be built on. Ladies and gentlemen welcome to the Chemosphere house considered by many to be one of the finest homes in Los Angeles.

In the late 1950s aerospace engineer Leonard Malin was generously gifted a piece of land just off the rarefied neighbourhood of Mulholland Drive by his father. There was a catch though – the land sloped down at a 45 degree angle and was considered by many to be impossible to build on and consequently almost worthless. However, being a determined if not especially wealthy young man, Leonard Malin saw this as a challenge rather than a problem and overcame it in admirable fashion. He went to see architect John Lautner who had been working on a nearby house and asked him if he could help, Lautner who later went on to design the Elrod House and also designed the ground breaking Googie café sketched his thoughts on a piece of rough paper and asked his assistant to go and draw it up. From here the Chemosphere (also known as the Malin house) was born.

To overcome the slope Lautner designed the house to stand on a 30 foot high, 5 foot wide concrete column that has as its base a 20 foot wide concrete pedestal buried deep into the ground. A risky proposition you’d think but the house has survived earthquakes and heavy rain storms and still stands over 50 years after it was first built. It is a single storey building in an octagonal shape with some 2200 square feet of floor space and is accessed by a funicular lift, not the most practical way to access your house but at least you know when visitors are arriving.

The house fell into a state of disrepair during the 1980s and 90s when it was rented out as the ultimate L.A. party house but was snaffled up by publisher of large glossy coffee-table books Benedikt Taschen in 1997 and restored to its former-glory. Rather than bore you with poorly written descriptions of what this monumental example of classic mid-20th century design looks like may we suggest you feast your eyes on the photos below and see what many consider to be the finest example of John Lautner’s work and what was once described by the Encyclopedia Britannica as ‘the most modern home built in the world’. 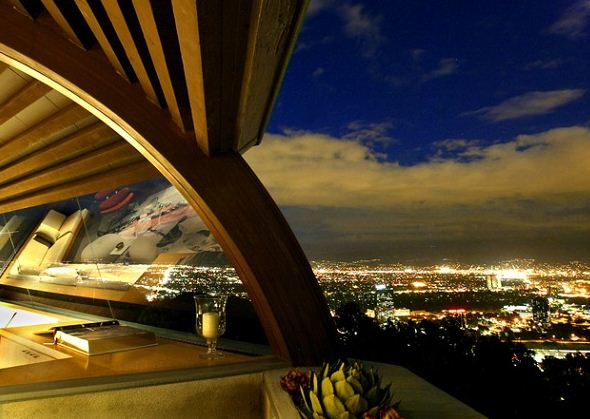 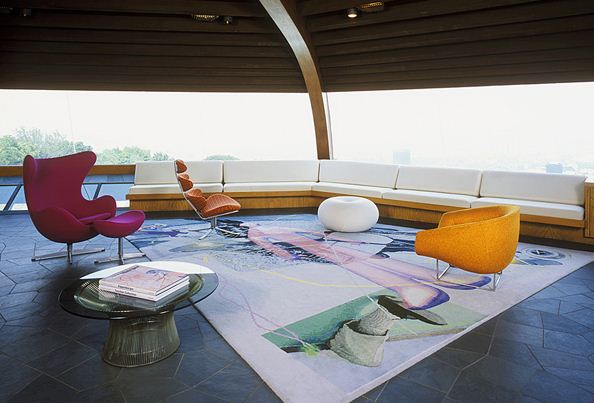 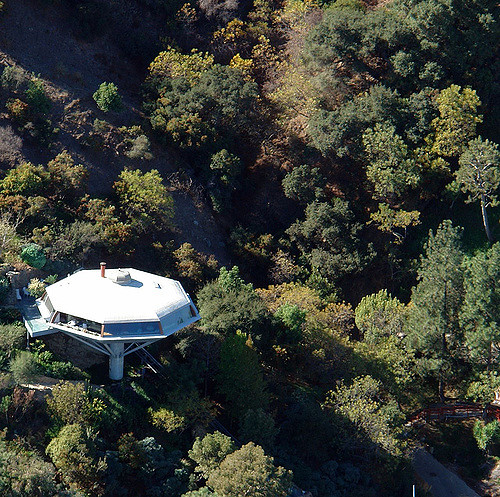 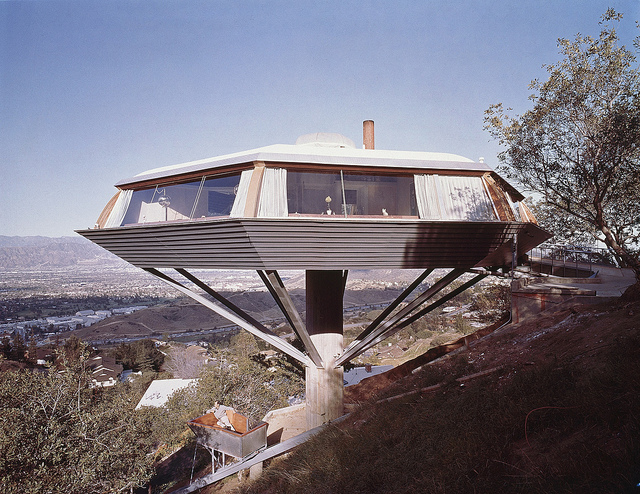 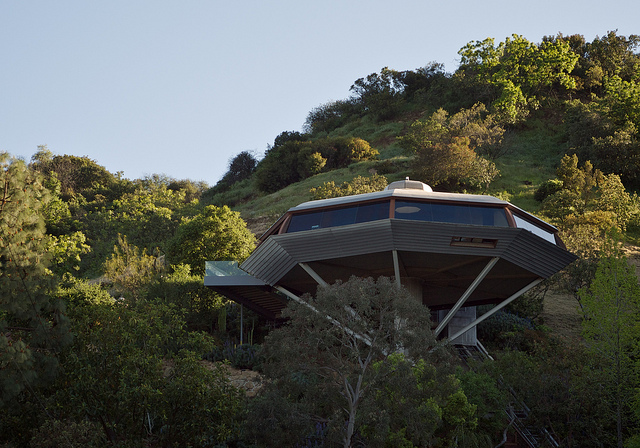 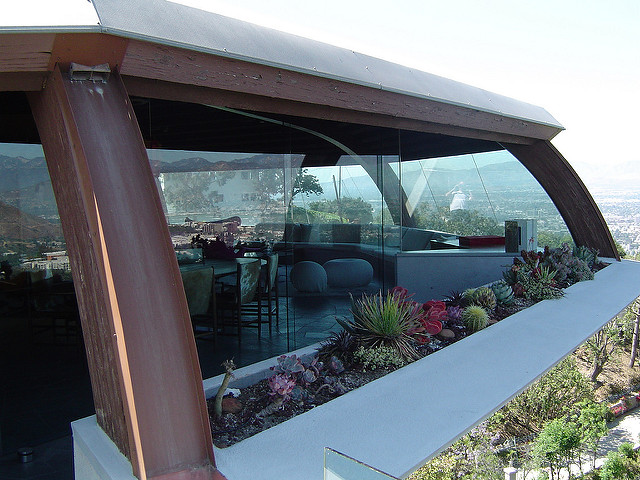 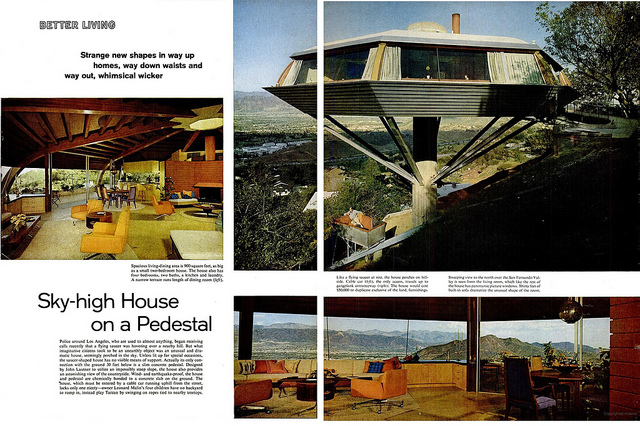 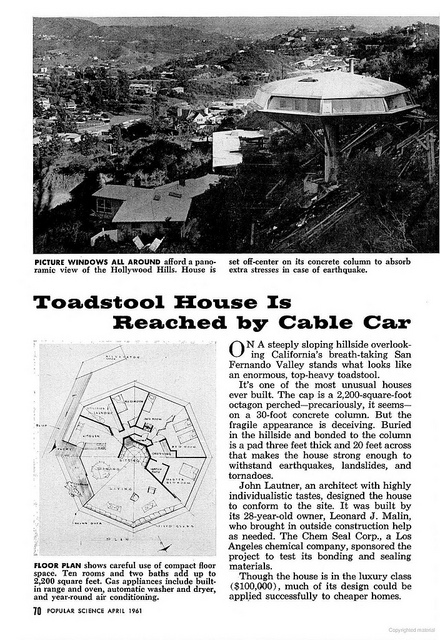 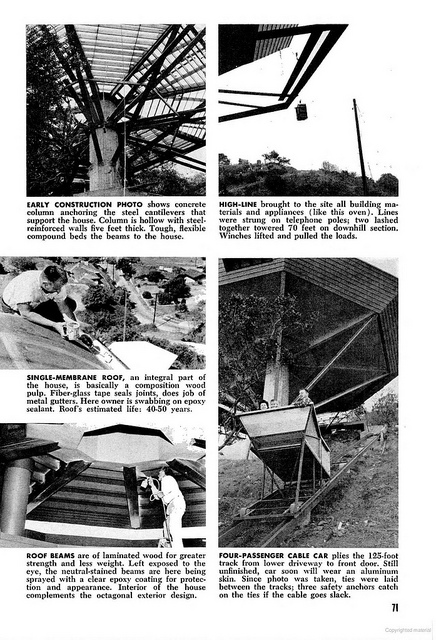 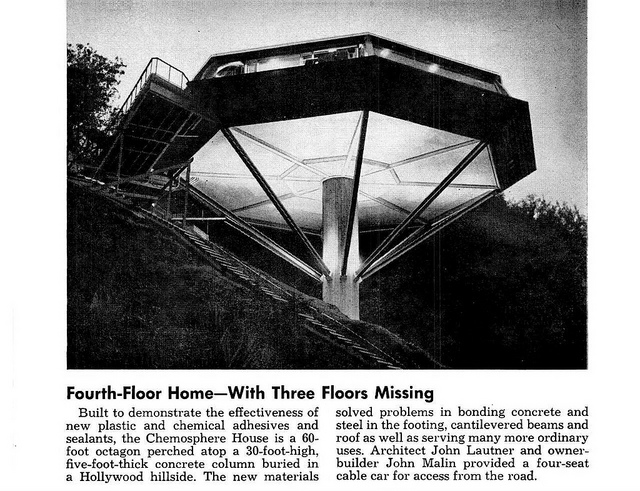 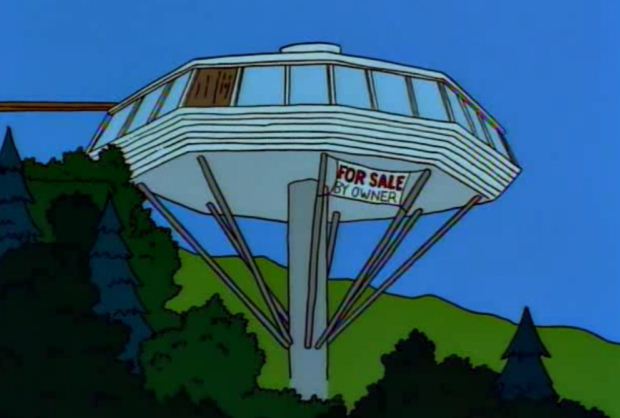