Despite the fact that he passed away over 30 years ago in May 1981, Herb Lubalin’s shadow still looms large over modern typography and the ITC Avant Garde font he devised has been used widely on many logos throughout the last two decades. His work as a graphic designer focused mainly on typefaces and how they could dramatically impact upon the message while much of his work is considered by many to be years ahead of its time. 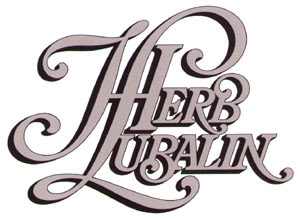 Lubalin (pronounced loob-allen) was born in 1918 and went on to study at the privately funded Cooper Union for Advancement of Science & Art in Manhattan before graduating in 1939. After a few early jobs he settled with Sudler & Hennessey, a New York based ad agency, where he stayed for some 20 years before starting his own firm; Herb Lubalin Inc. in 1964. Having his own company gave him the artistic freedom he’d craved for and enabled him to indulge in projects larger companies wouldn’t touch with a bargepole. He became involved in the design of a number of magazines devised by Ralph Ginzberg – Eros, Fact and Avant Garde. Eros, which as the name suggests was a little risqué, experimented with pushing the boundaries of sexual experimentation. This being the USA in the mid-1960s caused quite uproar and saw the publication closed fairly quickly following an obscenity case bought by the United States Postal Service.

Feeling a sense of injustice at the way Eros had been hounded out of existence the next project Lubalin and Ginzberg embarked upon was a magazine called Fact. This was essentially a counter-culture publication using writers who struggled to get a foothold in the mainstream media. It eschewed colour and used a very simple black and white template with high-quality illustrations creating a ‘dynamic minimalism’ that was almost unheard of at the time. There was no advertising and no over-cautious corporations dictating editorial policy which meant they could quite literally publish what they wanted. In theory a brilliant idea but the reality was, in litigious 1960s America, they soon got sued and had to close down. Whether it was a good idea suggesting republican presidential candidate Barry Goldwater was psychologically unfit to be President is debatable but after he took them to court and won $90,000 (worth $650,000 today!) damages they could not continue. 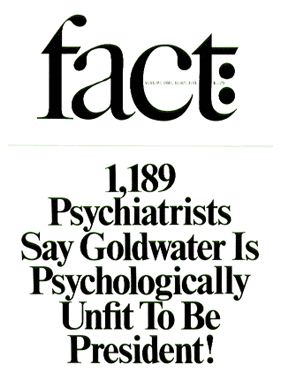 Undeterred by another trouncing at the hands of ‘the man’ they bounced back in 1968 with Avant Garde magazine. This was another anti-establishment publication that appealed to the New York liberal elite featuring erotic images, crude language and writing which was determined to criticise the government and US society in general. Its design, layout, the quality of the paper it was printed on and its unconventional size have made it a design classic and it continued until 1971 with an increasing circulation of some 250,000. Unfortunately controversy wasn’t far behind and after the magazine published the A-Z of the alphabet in nude models Ginzberg was prosecuted under obscenity laws and sent to prison.

Lubalin continued his graphic design work and set up a slightly less controversial publication dedicated to promoting his interest in typography called U&lc (short for Upper & Lower Case) which enabled him to indulge his love of font design and also continue to run his business as his own boss.

His influence on typeface and magazine design can still be seen to this day and whilst his name is not widely known his styles and ideas are around for all of us to see.