Whilst there’s undoubtedly a story of sorts behind every record, some are definitely more interesting than others and this one in particular really caught our eye. Here we take a brief look at the 1968 recording of ‘Hey Jude’ by Duane Allman and Wilson Pickett at the FAME (Florence Alabama Music Enterprises) Studios, Muscle Shoals, Alabama. Arguably the first ever ‘Southern Rock’ record. Prior to the formation of the Allman Brothers Band with his sibling Greg, Duane Allman had played throughout the 1960s in several bands with little or no success. In 1968 he wound up as a session musician at Muscle Shoals where his much-rehearsed guitar skills caught the eye of owner Rick Hall. In November of the same year Wilson Pickett pitched up at the studios looking to record but with no songs or any specific ideas. Allman and Pickett quickly hit it off and Allman suggested they record the just released ‘Hey Jude’ which was climbing the charts and rapidly becoming one of the Beatles’ biggest hits. Pickett thought the idea was preposterous and refused point-blank to entertain it but such was Duane Allman’s persuasive manner coupled with his extraordinary guitar playing ability that eventually Pickett gave in and they started rehearsing with other session musicians drummer Ronnie Hawkins and bass player David Hood. 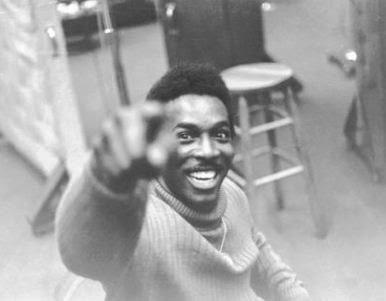 On the day of the recording the musicians and studio staff all headed into town for some lunch but realising that the reception a successful, well-dressed, black soul singer and a long-haired, bewhiskered hippy would receive in downtown 1968 Alabama, Pickett and Allman stayed back and messed around in the studio. They recorded ‘Hey Jude’ on the first take and it seems Allman’s conviction that the track would work and become a hit in its own right was correct. From there they went on to record a whole album of cover versions including Steppenwolf’s ‘Born to be Wild’. The LP was released on Atlantic and called ‘Hey Jude’.

During the recordings Duane Allman gained his nickname Skydog after Pickett started calling him Skyman Allman. Some say this was because of Allman’s incredible soaring guitar playng whilst other credit it to his extra-curricular weed related activities. Combined with the fact that his friends already called him Dog due to his shaggy facial hair and unkempt appearance and the moniker Skydog was the end result.

The ‘Hey Jude’ session catapulted Skydog into the limelight such that Eric Clapton upon hearing the track demanded to know who the guitarist was. He said “I remember hearing Wilson Pickett’s ‘Hey Jude’ and just being astounded by the lead break at the end. I had to know who that was immediately – right now.” From there Skydog went on to record the Derek & the Dominos ‘Layla & other Assorted Love Songs’ sessions playing alongside Clapton on the definitive ‘Layla’ Clapton’s paen of unrequited love to George Harrison’s then wife Patti Boyd. 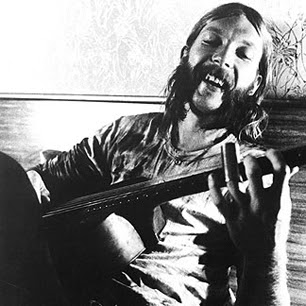 Following this Skydog became an in-demand musician but wanted to be in his own band and in 1969 with his brother Greg and fellow musicians Dickey Betts, Berry Oakley, the fantastically named Butch Trucks and Jai Johanny ‘Jaimoe’ Johanson set-up the Allman Brothers Band – THE pioneers of Southern Rock and according to Rolling Stone magazine’s George Kimball quoted in 1971 “the best damn rock and roll band this country has produced in the past five years”. Sadly the same year Duane ‘Skydog’ Allman was killed in a motorcycle accident at the tender age of 24.