For those of you who always associate the Bee Gees with high-pitched voices, gold lame suits, John Travolta and ‘Saturday Night Fever’, well,we are going to try to make you think again. Prior to their massive, all-conquering 1977 disco smash the Bee Gees had experimented with a number of different sounds and in 1968 released an album called ‘Idea’. Here we take a brief look at the German TV special they made to promote the album – bear with us, it’s better than it sounds! 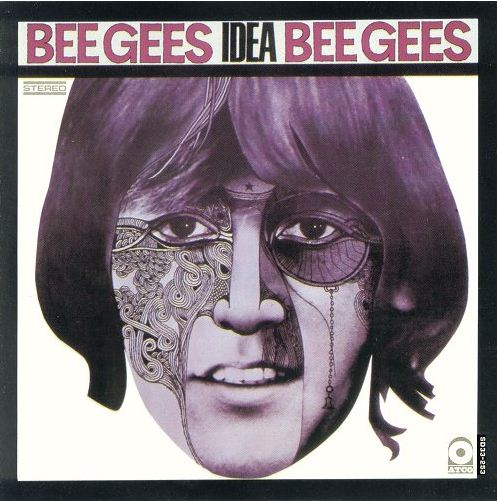 Back in ’68 the Bee Gees were a five-piece band, featuring alongside Maurice, Robin and Barry Gibb Australian Vince Melourney on guitar and vocals and Colin Petersen on drums. Melourney parted company with the Brothers Gibb at the end of 1968 and went on to form a little known ‘supergroup’ called Fanny Adams with Doug Parkinson (more on him in a future post hopefully) while Petersen, a fellow Antipodean, left the band in 1969 in rather acrimonious circumstances following an alleged dispute with the band’s manager Robert Stigwood. However, prior to this the band recorded their last album as a five piece and whilst the whole album (in our humble opinion) is not a classic there is one absolute stand out track; a monster of a piano-driven psychedelic classic – the eponymous ‘Idea’. The album, their fifth studio release, went on to become a million-seller but here we are looking at the German TV special made whilst the Bee Gees were touring to promote the album. 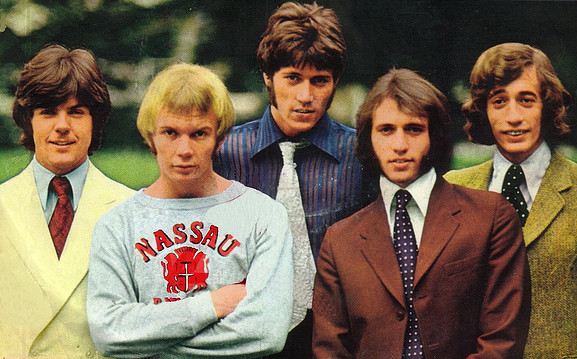 Art direction on the show was by our old friend Guy Peellaert who certainly made the most of the psychedelic nuances in the track and put his own unique stamp on the show even though the influence of the recently released ‘Yellow Submarine’ is there for all to see. Also featured are the epic Brian Auger & the Trinity alongside Julie Driscoll. Take a look at Brian Auger stealing the show with a blockbuster version of his classic ‘Black Cat’.