The Rock and Roll Farmers – Donnie and Joe Emerson

What do you do if you are two brothers with a gift for music and you live in isolation on a farm? Well, if you’re Donnie and Joe Emerson you get your supportive Dad to convert an old building into a recording studio, then record and release your own album.

In this neat little video the Emersons share their stories of riding tractors while listening to the likes of Marvin Gaye, Hall and Oates and Smokey Robinson on the radio, the recording of their 1979 album Dreamin High and their love of big collared shirts.

By Light In The Attic Records

“‘Baby’ has been a staple on just about every playlist/mixtape I’ve assembled in the past 3 years. It is nothing short of sublime.” – Ariel Pink

Pacific Northwest isolation mixed with wide-eyed ambition, a strong sense of family and the gift of music proved to be quite the combination for teenage brothers Donnie and Joe Emerson. Originally released in 1979, Dreamin’ Wild is the sonic vision of the talented Emerson boys, recorded in a family built home studio in rural Washington State. Situated in the unlikely blink-and-you-missed-it town of Fruitland and far removed from the late 1970s punk movement and the larger disco boom, Donnie and Joe tilled their own musical soil, channeling bedroom pop jams, raw funk, and yacht rock.

Spurred on their high school’s music program, Donnie and Joe received a further push from their lifelong farmer father, who drew up a contract stating that he’d support his sons lofty ambitions with their very own recording studio as long as they focused on original material, sage advice for a man with zero experience in the music business. After taking out a second mortgage to help cover costs, Don Sr. also built his children a 300-capacity concert hall (dubbed Camp Jammin’) replete with ticket booth, stage, and fully functioning snack bar. The only problem was that the projected audience never quite materialized, despite a prime time TV profile entitled “The Rock And Roll Farmers” from nearby Spokane, Washington. Even the Emerson brother’s school pals were nonplussed at their privately pressed long player; hand distributed to local music stores, but not as far as Seattle, five hours away from their rural home. Somewhat rejected by the muted response, but never surrendering, both Donnie and Joe continued down a musical path and are still active as performers today.

This rare slice of bedroom-funk gets the usual Light In The Attic treatment with newly remastered audio, detailed liner notes, and expanded original album art with loads of photos from the Emerson’s collection. Available on CD, Digital, and 180-gram LP June 26, 2012. Audio samples, more info and to pre-order, visit lightintheattic.net/releases/705-dreamin-wild 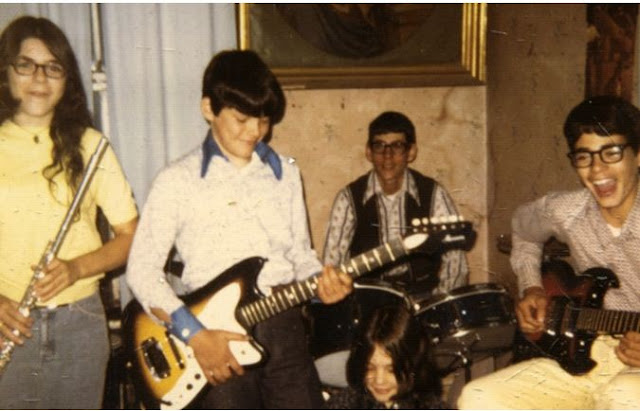