As English station Radio Caroline was soundtracking the swinging sixties from a ship on the North sea, a new station had just hit the airwaves of Los Angeles called Boss Radio -93/KHJ – providing the latest tunes to the hipsters of Hollywood.

Recently we stumbled upon this collection of sixties and seventies promotional material for the radio station. There’s a business card for resident Disc Jockey “The Real Don Steele”, Top Tens and some souvenir brochures – keep an eye out for an appearance from Batman.

We also came across this nine minute video of various Boss Radio concert promos from the 1960s, including dream line-ups like The Supremes, The Seeds, Brenda Holloway, Buffalo Springfield and The 5th Dimension all playing the same night at the Hollywood Bowl. 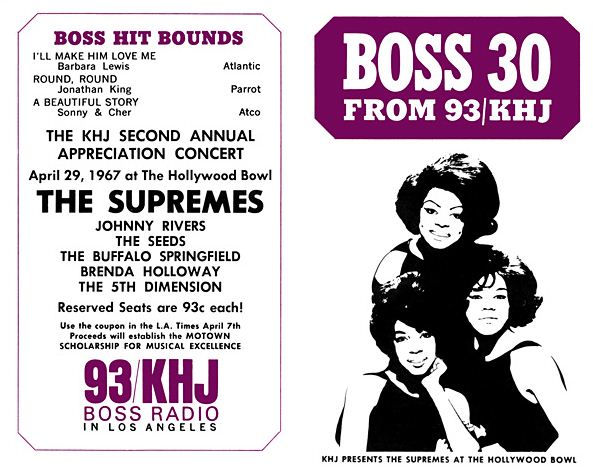