Small and Mighty – The Vespa 400 Microcar

I think it’s fair to say thet we’re admirers of the Vespa brand and style here at VoEA, with a few notable exceptions these days… The Vespa scooter is well covered, so here is a piece on the Vespa 400 microcar.

Produced from 1957 – 1961 in Fourchambault, France, and designed by Piaggio from Italy, it shared that curvy, beefy look so brilliantly demonstrated by the series of scooters produced by the same people. It’s fair to say you would have had to have ‘speed’ fairly low on the agenda when buying one of these, as the 400cc engine only reaches a top speed of 50 – 55mph. Classed as a ‘microcar’, it’s the style and fun factor that are the real attractions. (Adopts Clarkson-esque voice) it has a 2-stroke engine, and a 3-speed manual gearbox, with the gear stick coming out of the floor. It has two seats, with room for two children or luggage in the back. A nice touch is the rollback soft-top roof, to give you that riviera touch, and the battery is handily positioned on a shelf that you can slide out of the front for maintenance. The engine, similar to the Beetle is at the back. (Back to normal voice).

Here are a few images to give you an idea. It’s a cool looking little thing, and in the right climate would be lots of fun. Wouldn’t particularly like to hammering round the M25 in one though. The backwaters of East Anglia are ideal. 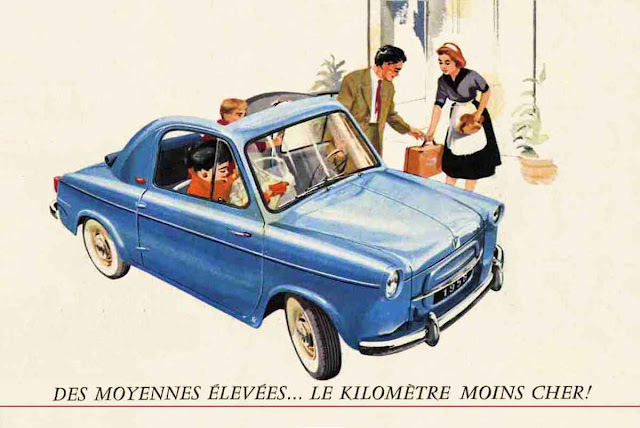 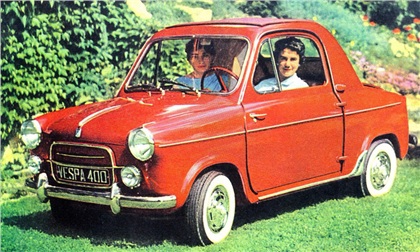 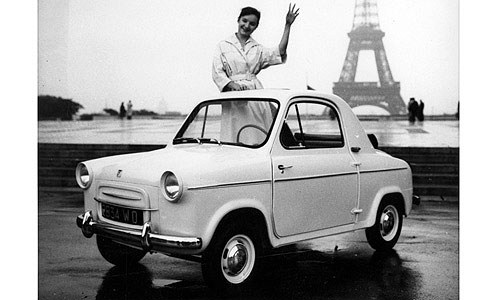