The Futuro House – A Home For Tomorrow

Previously we’ve posted pictures of abandoned,unwanted and battered Futuro houses in Taiwan. So now it’s time to show the prefabricated homes at the start of their journey, when they were a new, fresh and exciting idea for the future.

The Futuro was designed by Finnish architect Matti Suuronen, he designed the UFO style houses in 1968 to be used as ski-cabins and Summer holiday homes.

The sixties were an optimistic time, and the houses reflected the feeling of the decade. People thought that in the future they would have more leisure time, so they would be able to buy a house and locate it where they wanted to live, whether it was by the sea or on a side of a mountain – In the future we would live like space-age nomads. 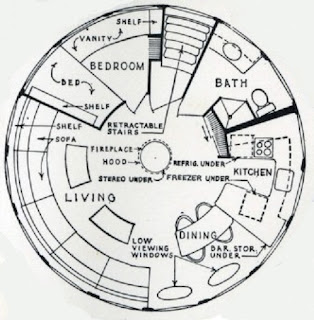 The houses were completely furnished and eight people could live in them. they were made from reinforced plastic, a new light and cheap material at the time. They planned to mass-produce the Futuro homes and transport them to the desired location by helicopter.

In 1973 the oil crisis destroyed all the plans that were made.The Price of plastic increased production costs making the houses unprofitable, so only ninety six Futuro houses were ever built.

In this post we have one of the remaining houses in a video for ‘The Year of the Apocalypse’ by Finnish artist Jimi Tenor. We also have some recent exhibition photos and various brochure covers for the space-age mobile homes.

There are various DVDs, Books and  websites that have paid tribute to the houses.However, one of the most interesting sites we’ve discovered is a blog produced by family of five, who actually live in a Futuro house, It’s Out of This World 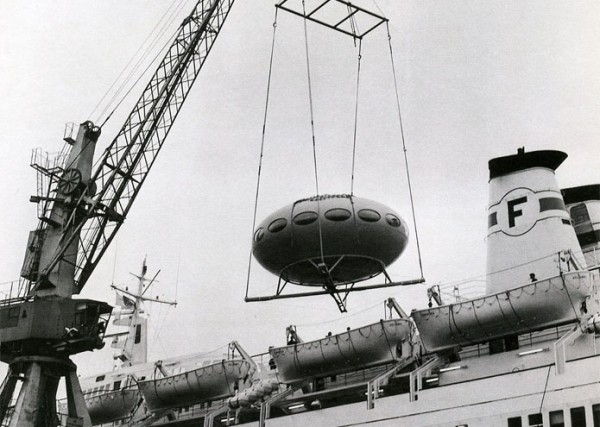 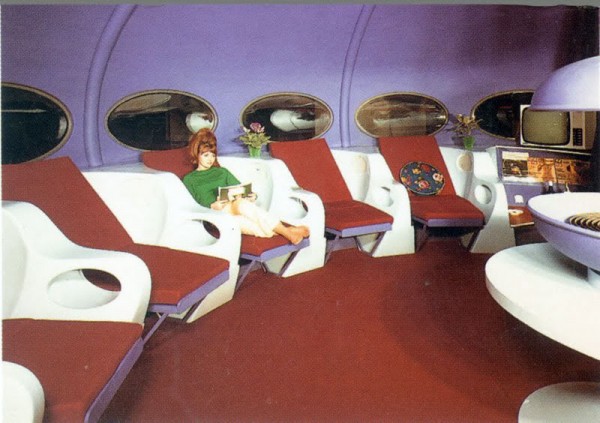 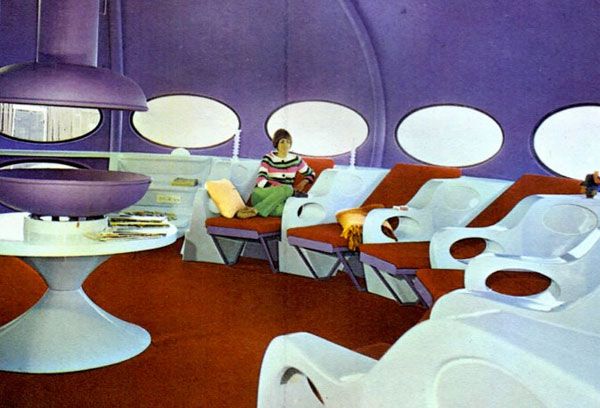 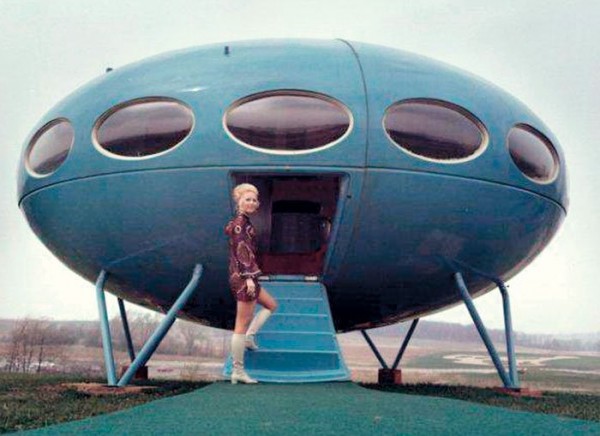 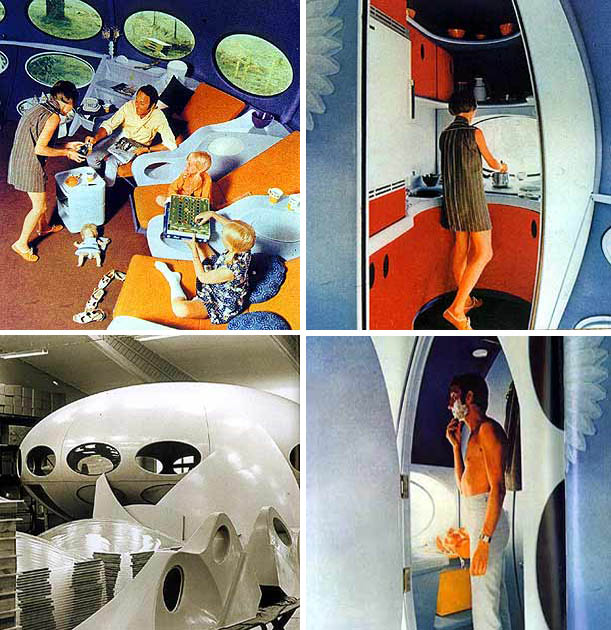 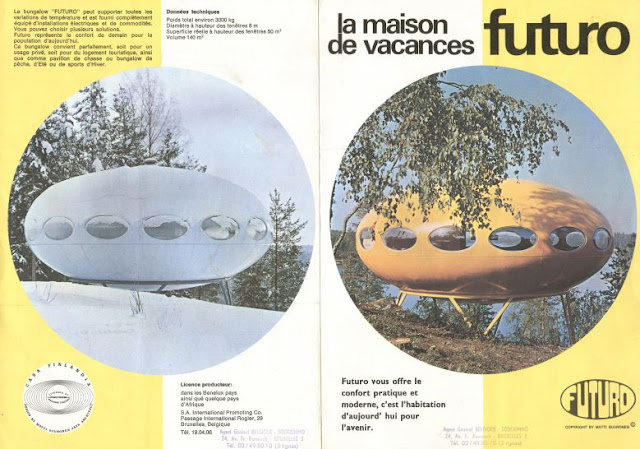 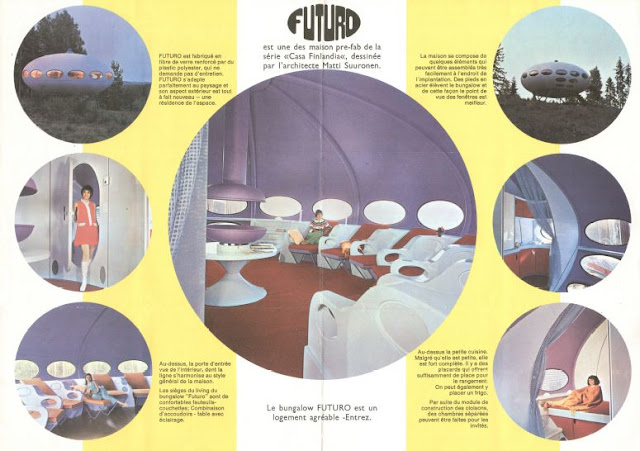 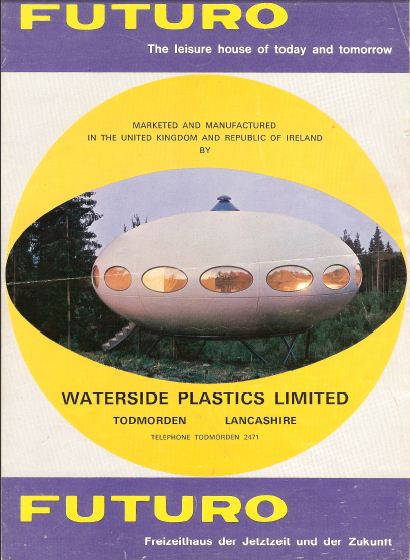 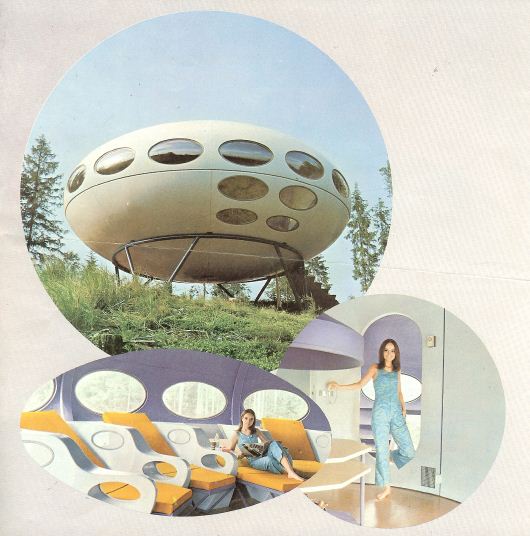 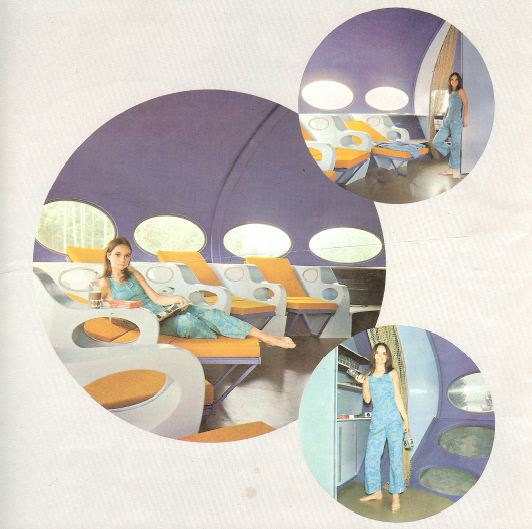 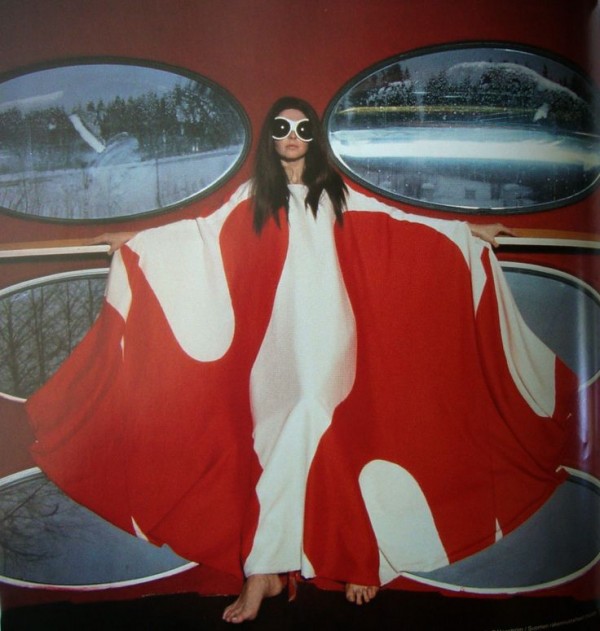 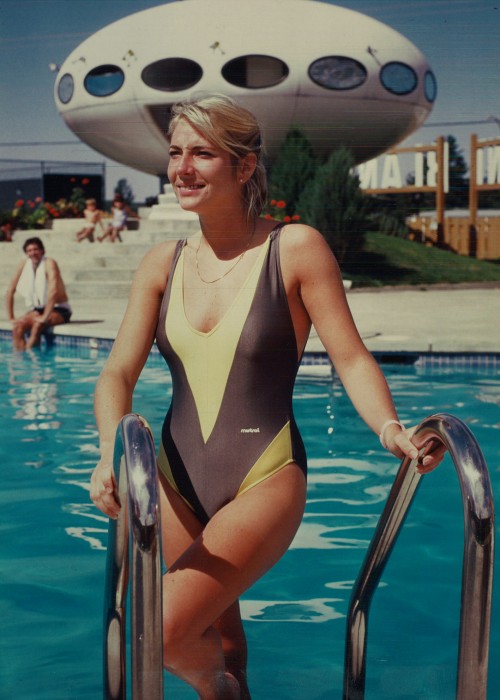