Despite its reputation as Hog heaven, the birthplace of Easy Rider and the whole Hells Angels bike club thing America has always had quite a healthy scooter scene. Believe it or not Harley Davidson even produced their own range of scooters in the 1960s.

Here we zip back to around 1960 and join the San Francisco based Pioneer Scooter Club on what is described as a Motor Scooter Squabble. To our eyes it looks just like a Sunday ride out so maybe our American readers can put us straight as to whether the word squabble is commonly used
to describe a gathering. Interestingly enough when researching this we found that squabble is the collective noun for a gang of midgets. You live and learn!

So take a look back at some lovely Vespas, Lambrettas and slightly more exotic brands that found their way across the Atlantic back in the late 1950s. Now what would the collective noun for a bunch of scooter riders be? 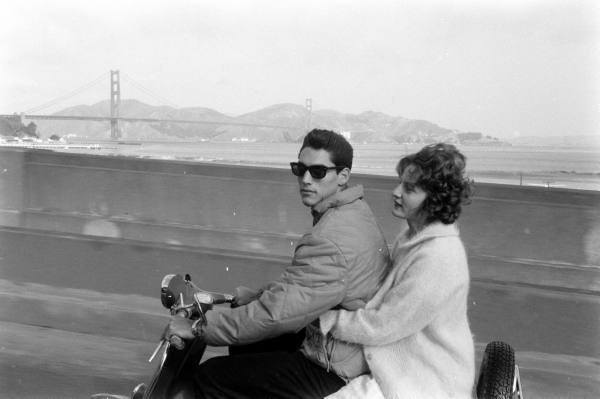 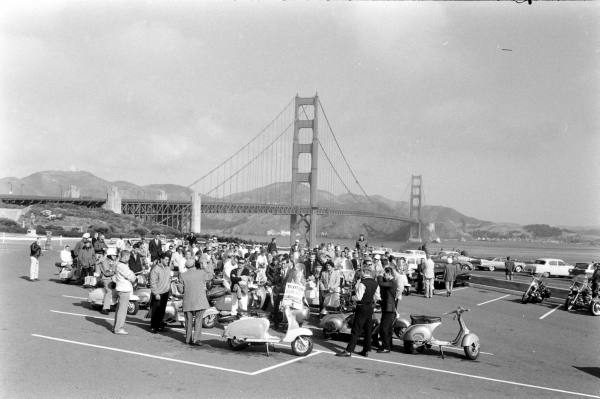 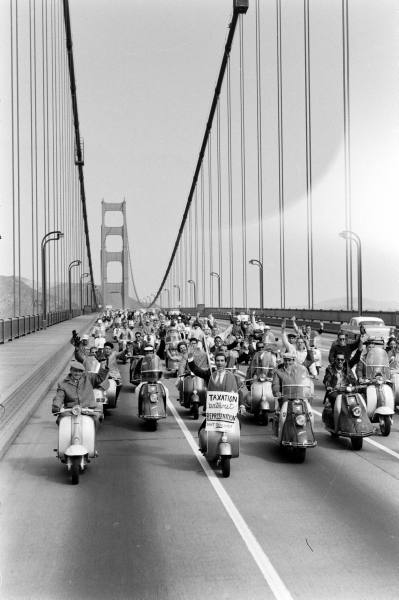 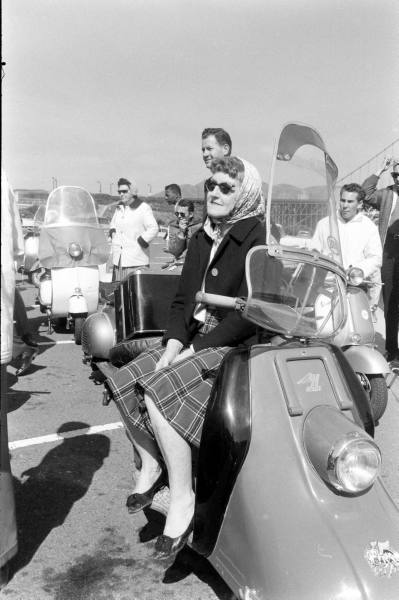 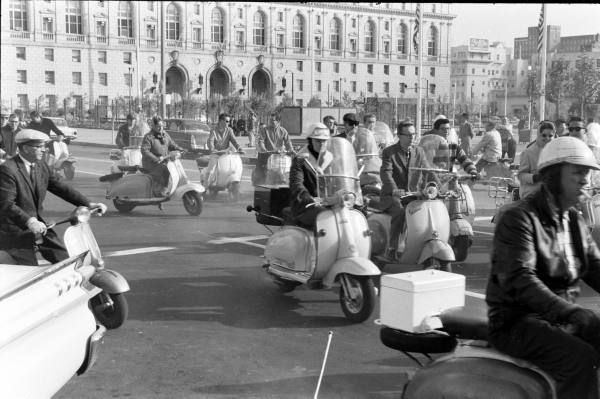 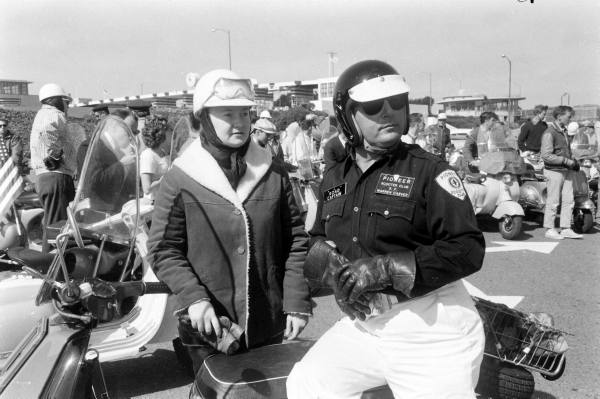 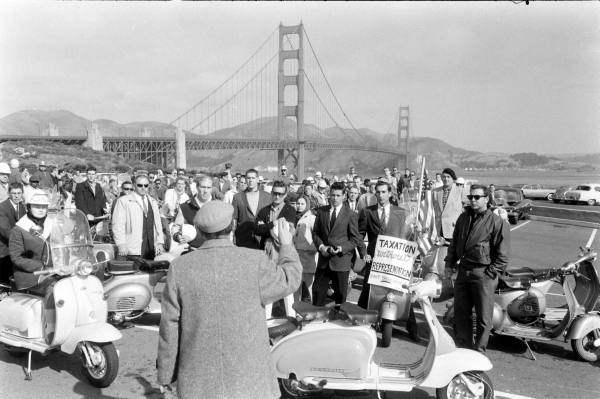 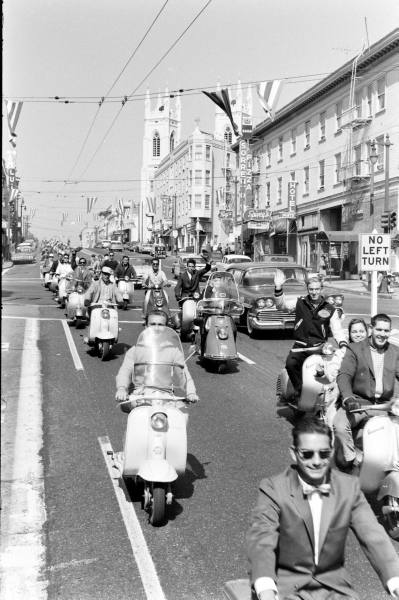 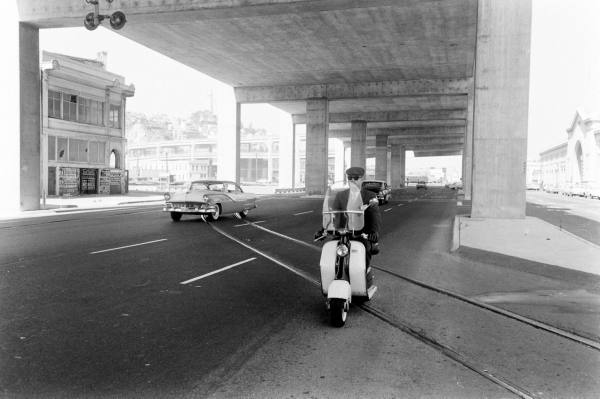 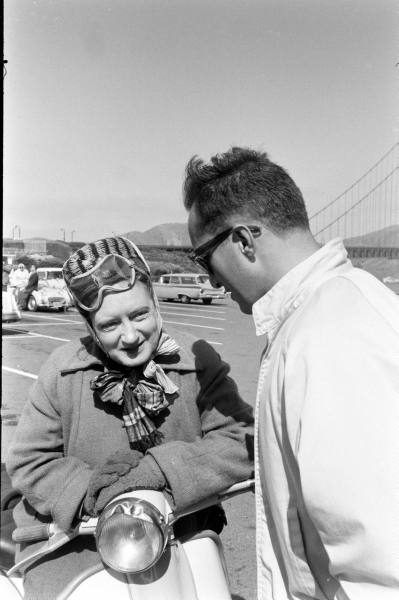 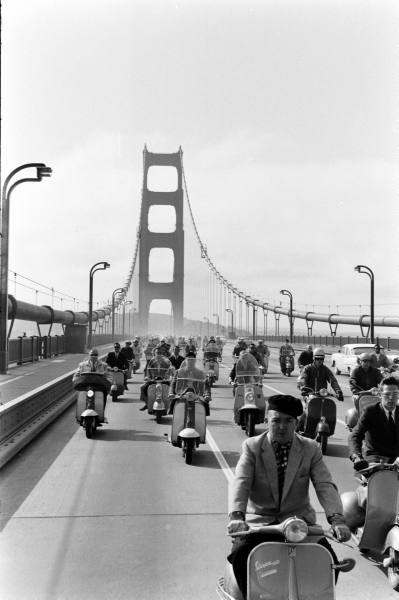 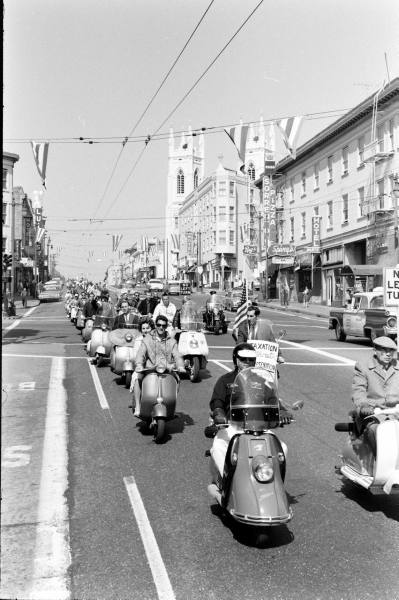 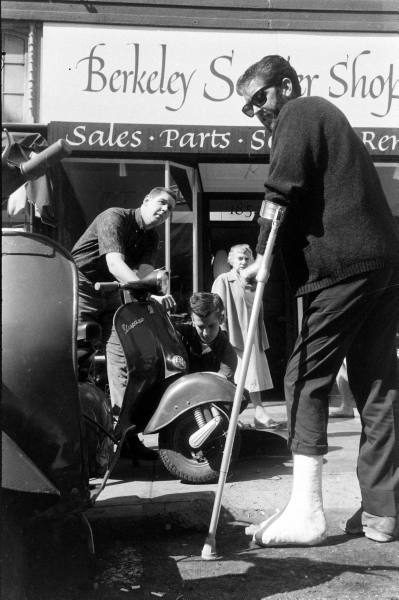 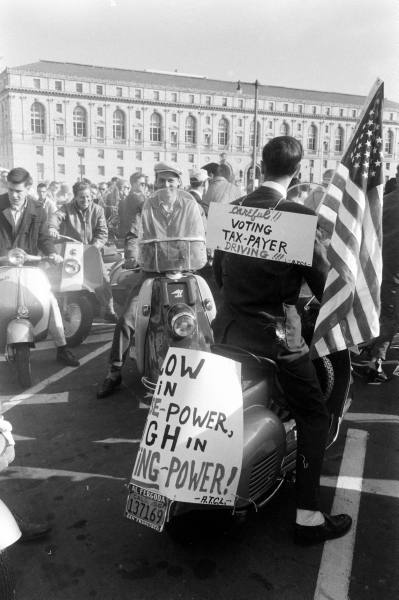 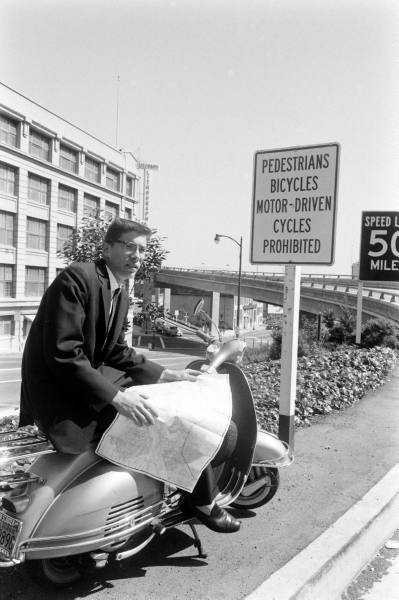 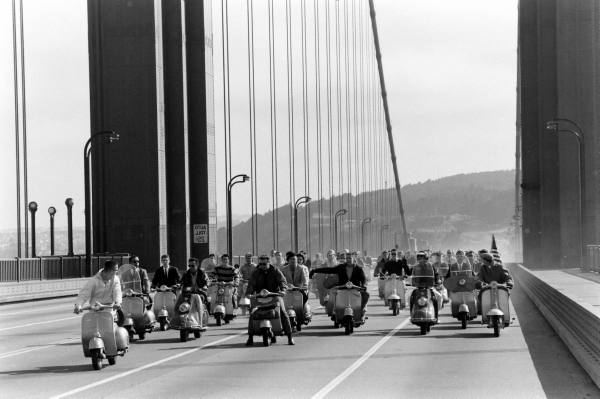 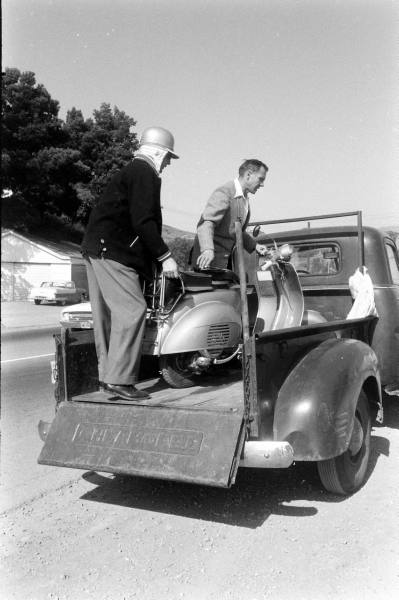 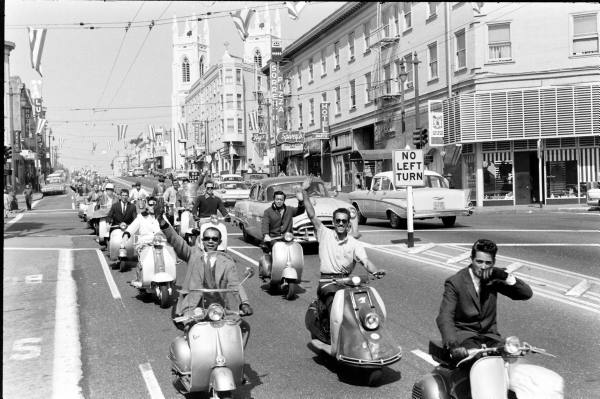 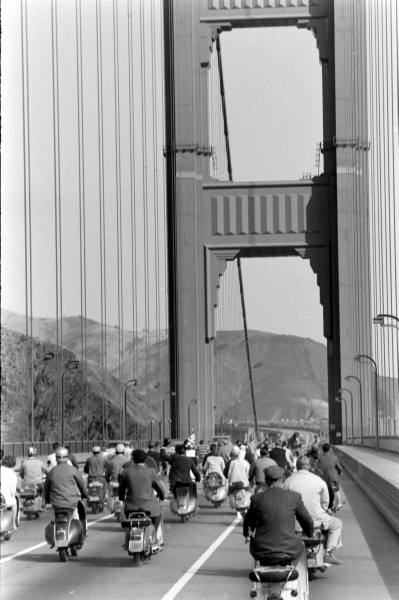 How records are made
Sue Lloyd - Sixties Suffolk Siren
1969 Computers at Work Book
Call The Cops - American Police Car Brochures
Up, Up & Away – Hey Kids it’s the Skycar
Hanging Out with Diana Ross
T.A.M.I Show - James Brown versus The Rolling Stones
The Most Successful World Fair - Expo 67