Way back when, before MTV, VH1 and You Tube. Before we all had every music video ever made (well, almost) available at the touch of a button and before we had so much choice we didn’t quite know where to start. Way before all that, there was a little known groovy French invention called the Scopitone. It kind of took the world by storm for about seven years in the 1960s and then disappeared into obscurity. In simple terms it was a juke box with a big TV on top showing ‘pop videos’ on 16mm film that was situated in cafes, amusement arcades and bars. 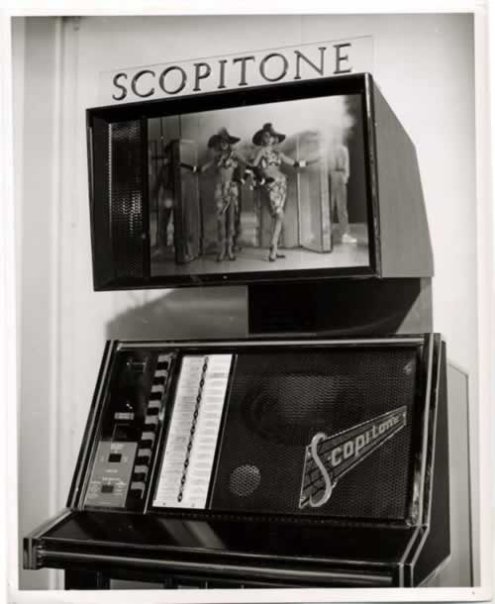 Music videos have been around since the early 1940s when they were called Soundies. They were used back then to promote all genres of music covering the spectrum from classical to hillbilly and everything in-between. In terms of concept they were little different from the music videos we see today; a short film made to promote a piece of music. These Soundies were restricted to America and were shown on Panorams a glorified coin operated juke box, they died out by the end of the 1940s, quite why we don’t know but the small number of companies involved seemed to stop producing them by 1947 and that was that.

Fast-forward to 1958 and across the Atlantic in Paris the Cameca company revitalised the idea and came up with the Scopitone (song-film). The first two Scopitone ‘videos’ starred French legends Serge Gainsbourg and Johnny Halliday and the third one showed the new dance craze of the moment the ‘Hully Gully’ (which according to popular legend was also performed by John Belushi in the Blues Brothers). Soon the Scopitone craze was spreading across Europe with West Germany and England becoming popular destinations before Cameca hit gold and started exporting them to the States. Despite some dodgy deals and rather optimistic expectations an initial 200 Scopitones were shipped over and then some 1500 were later built in the States. They were so popular at one time that a young Francis Ford Coppola invested a big chunk of his screenwriting monies into the company. Possibly not his best ever investment we’d guess.

The Scopitone craze continued unabated until the late-Sixties when their popularity died off. The newly arrived colour television was probably the biggest single nail in Scopitone’s coffin lid combined with the fact that there were very few Scopitone recordings (some 300 in total) ,half them were French, were recorded on poor quality film and showed artists most American viewers had never heard of really didn’t help the cause either. 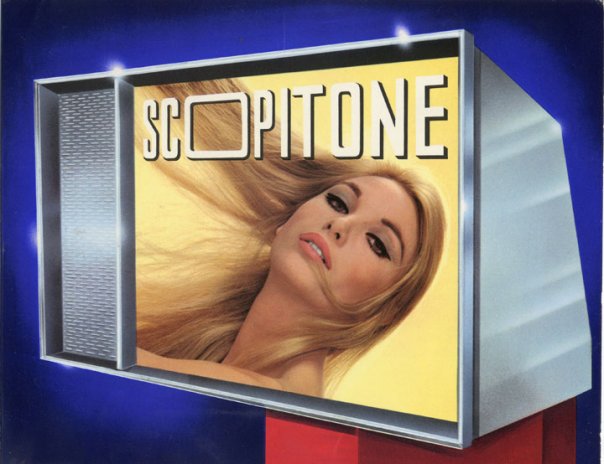 Scopitones limped on and the last one was recorded in 1978. Almost inevitably they have become very collectible now and have a kind of cult status. There is a Scopitones Blog  should you fancy checking it out although it’s not particularly up-to-date and there is also a Scopitone Facebook page. If you fancy buying one they don’t come up for sale very often and our best guess is you’ll be looking at around 1000 pounds but don’t quote us on that.

We’ve spent quite a bit of time finding the best Scopitone ‘videos’ we can for your viewing and listening pleasure so sit back, pour yourself a glass of red wine (French of course) and enjoy the Scopitone experience in the comfort of your own home. 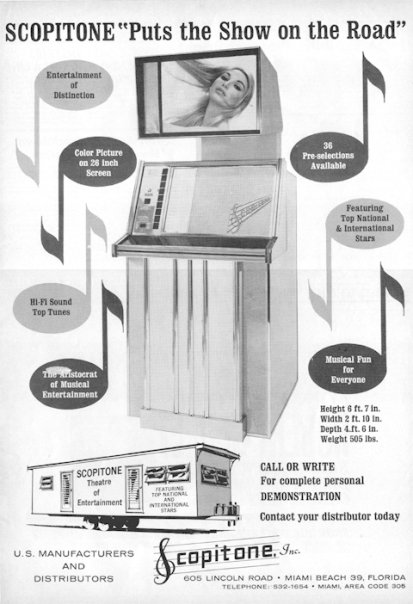 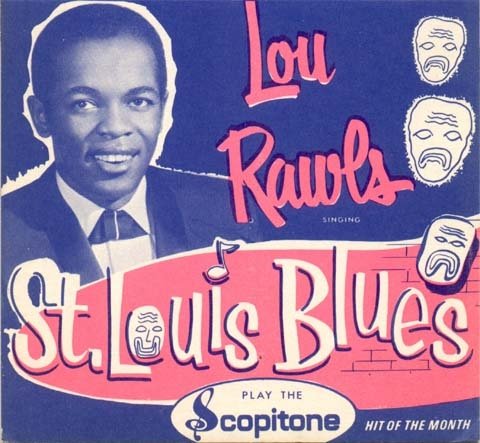 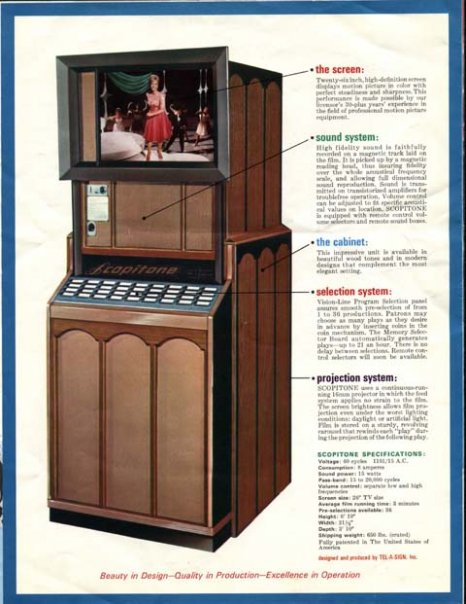 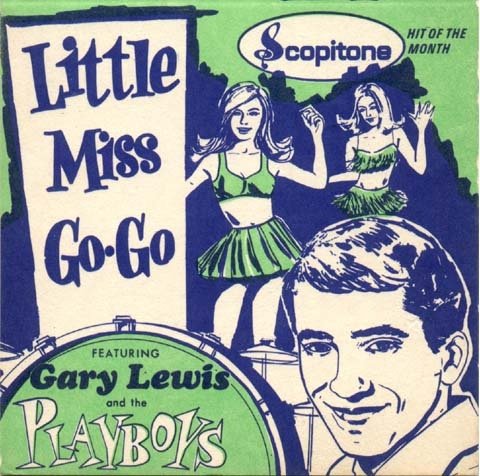 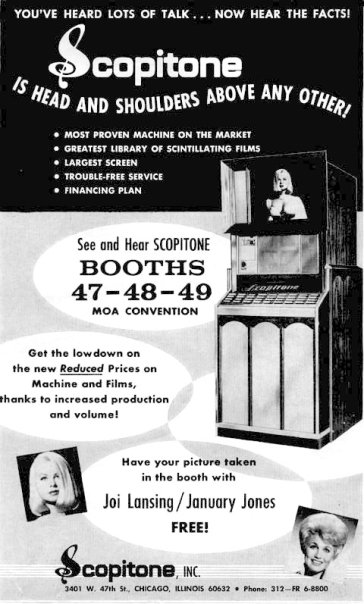 « Tomorrow People – The World of The Future The Hippie Peddlers »