We first stumbled across the term Gousters (the first syllable rhymes with now) courtesy of the excellent Chicago based blog darkjive and since then we’ve been trying to find out more about them but with limited success. This is by no means a comprehensive article on Gousters and we can only use the material we have available, if anyone out there knows some more then please contact us because we’d love to hear more about this little known fashion. 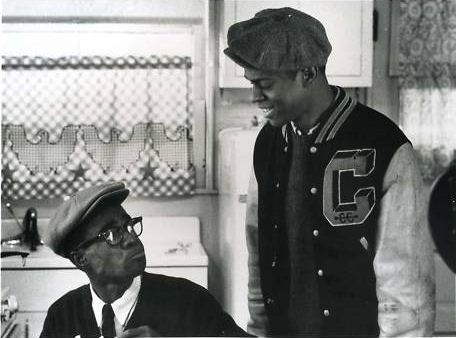 It seems that back in the late 1950s through to the mid- 1960s in Chicago there were two main fashions amongst African American high school pupils – you were either an Ivy Leaguer or you were a Gouster. Ivy Leaguers wore what would be considered now to be ‘preppy’ fashion and would not look out of place in 2012. The predominant Ivy League look was straight leg chinos (no pleats), button-down shirts from Brooks Brothers or J.Press, loafers or longwing brogues and a Shetland or lambswool jumper over the top when it gets a bit nippy out. In other words the classic American Ivy League look that’s been around for generations. For the Gousters their look was a bit more laid back and one would imagine probably a reaction to the slightly straight-laced Ivy League look. Gousters wore their look baggy; trousers were pleated with two or three pleats below the waist, sometimes tailored (for those with a bit more cash), shirts were also baggy with long collars and often Italian knit. The look was about being cool but not flashy. In the winter months cashmere coats were worn and fedora or baker boy style hats. The Gouster look was a throwback to the gangsters of the 1940s and the attitude was all about being cool, calm and collected. While the Ivy Leaguers tended to keep their noses clean the Gousters had more of an edge and were considered by some to be best avoided.

In addition to the look what was also important, especially when it came to impressing the ladies, was how a man could dance. Gousters had their own dances – the Gouster Bop, the Gouster Walk and the Dip. These dances have evolved over the years and their roots can still be seen today in the dance style known as Steppin. The Steppers Express website based in Chicago traces the evolution of modern Steppin back to the Gouster Bop and further still than that. The music Gousters danced to was not unusual but instead tended to be the hits of the day – it was the dancing (and impressing the girls) that was the priority.
Exactly when the Gousters trend moved on is difficult to pinpoint but three factors each had a big influence; they were the Vietnam War, the nascent African American civil rights movement and also the 1967 hippy revolution. These events had such a massive impact on the whole of American society that they touched almost everything and after 1967 things were never quite the same again.

We’ve searched high and low for photos of the original Gousters but try as we might we cannot find more than a couple. Possibly not surprising when you think of the era, the fact that Gousters were in one American city and even then really just on the south and west sides and people back then didn’t take photos to the extent we all do now. We’ve included some stills from the film Cooley High to give an idea of the Gouster look although this is an interpretation rather than documentary evidence of the look. The film is however based in Chicago and set in 1964. 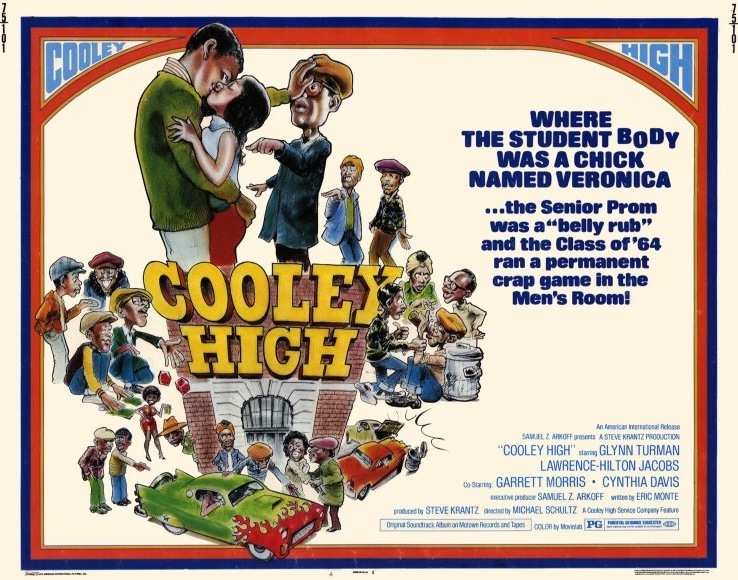