You can say what you like about the US Army, and this in no way tries to defend them, but the preventative (or preventive as they title it – both words can be used correctly) maintenance publication: PS Magazine, they have been producing for the past 60 years, has had some inspired comic book style and for a 20 year period between 1951 and 1971 involved the work of legendary artist Will Eisner.

To start at the beginning; PS Magazine (the name is an abbreviation of Post Script as that’s what it is to manuals etc) was born from the WWII US Army publication Army Motors which had seen some success due to its comic book style and easy readability. In 1951 during the Korean War senior US Army personnel realised their people were having issues with equipment mainly due to lack of maintenance. Army Motors had been drawn by Will Eisner and the company he had founded after the war – American Visuals Corporation were commissioned to produce a magazine that soldiers would actually want to read and that would also get the important message across that in order to function correctly equipment needed to be maintained correctly.

Even though he was effectively absent from the world of comic books Eisner’s reputation as one of the biggest names in the industry still stood and he was able to attract some of the best comic book talent to work on PS Magazine: Mike Ploog (Planet of the Apes), Don Perlin (Werewolf by Night), Dan Spiegle (Mangus) and Andre LeBlanc (Flash Gordon) to name but a few. Each issue of PS had a full-colour cover and 8 pages of comic book style ongoing storyline inside. This sat alongside black and white pages of technical and safety information.

Eisner’s company produced cartoon style educational books for a number of organisations and industries but PS Magazine is where his work is often best remembered. He sadly died in 2005 but his legacy lives on and part of his enormous back catalogue will always be remembered by those who served in the US Army.

If you want to know more about PS Magazine then check out: VCU Libraries Digital collection

Alternatively if just you want to see some of the great comic book art of Will Eisner check out our selection below. 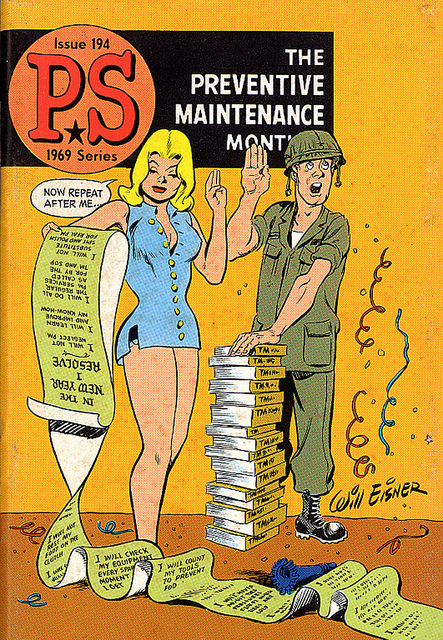 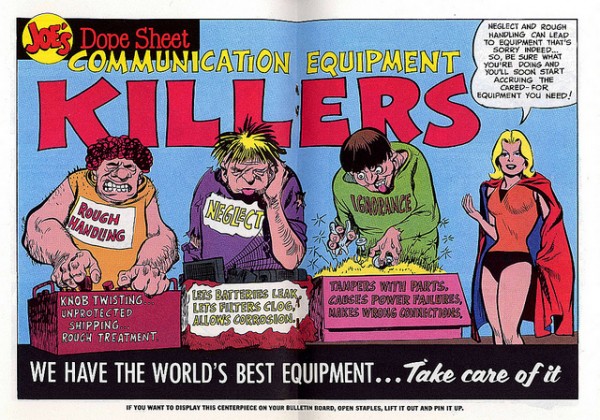 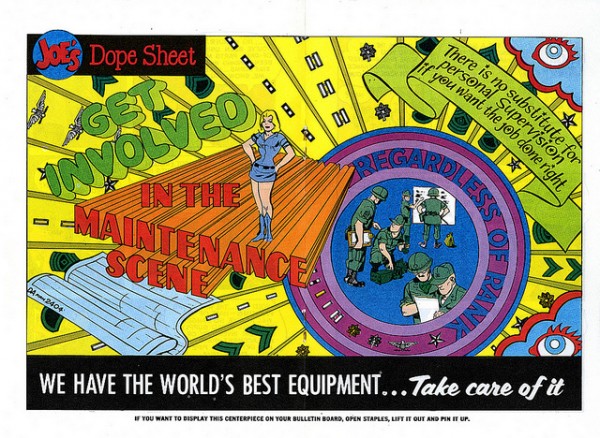 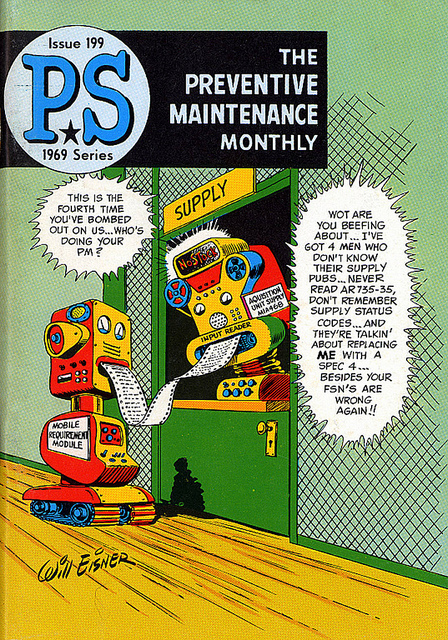 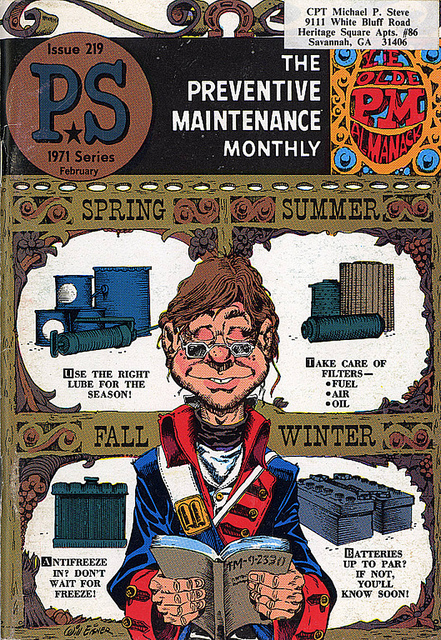 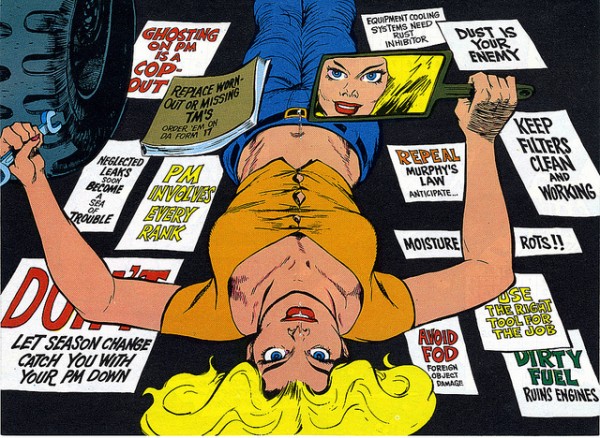 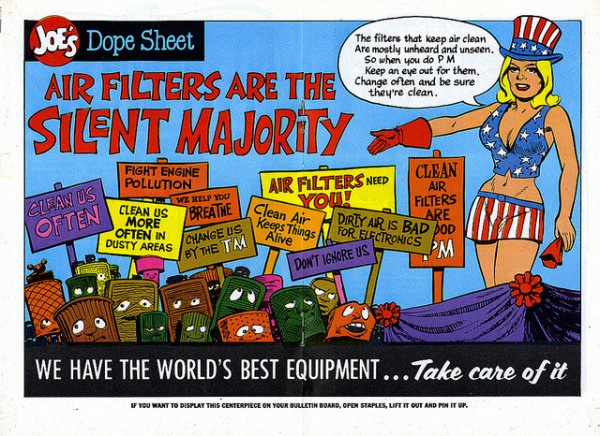 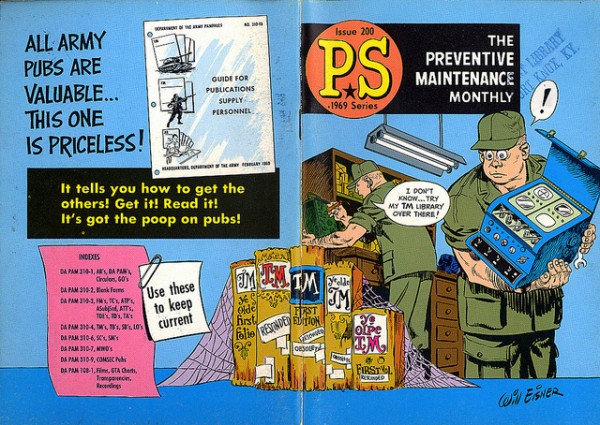 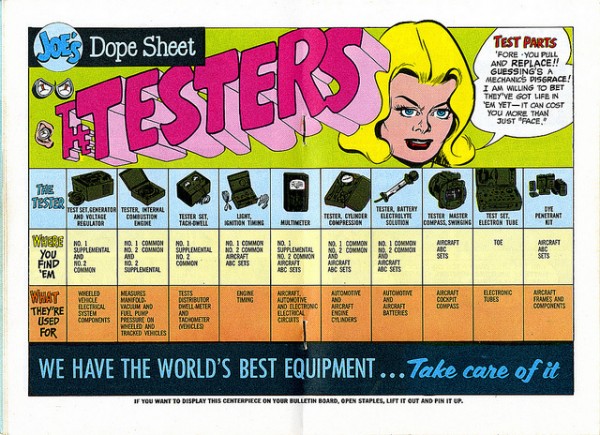 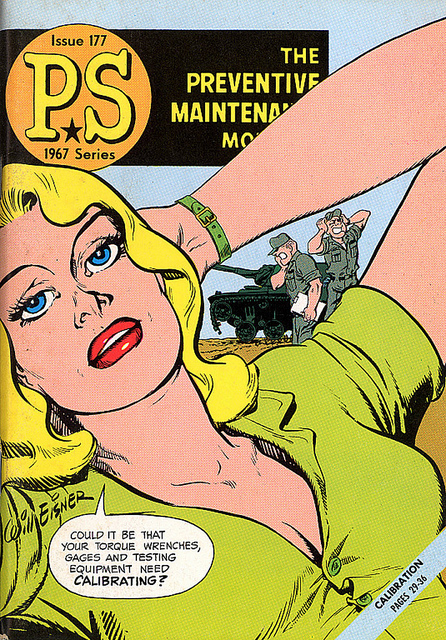 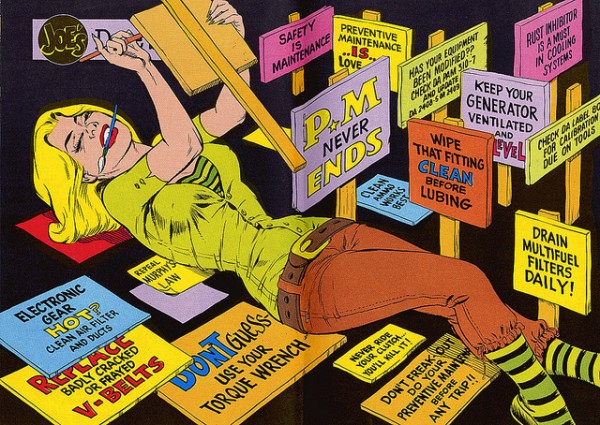 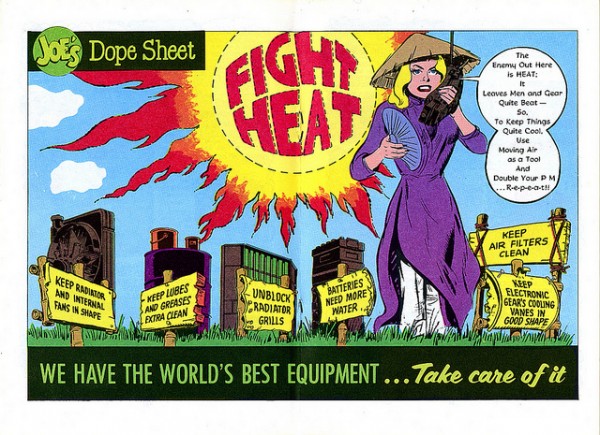 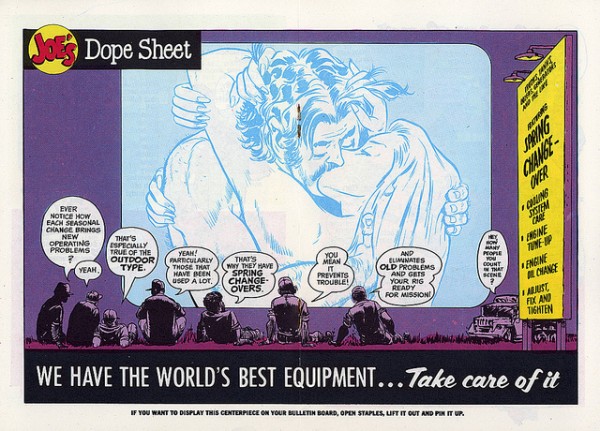 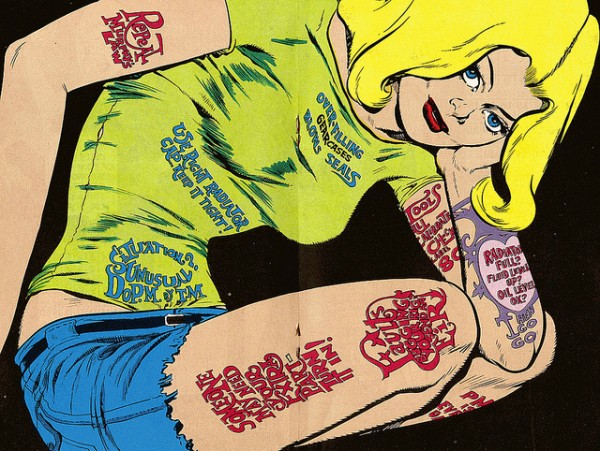