Soul to Soul Concert in Ghana 1971

In March 1971 a large contingent of some of the biggest soul, R&B and jazz stars of the day travelled from the States to Ghana to play a one-off 14 hour concert. This was captured on film and subsequently released as Soul to Soul; a 1971 documentary detailing the day’s events. It all started back in March 1957 when Ghana (formerly known as the Gold Coast) achieved independence from the UK and had started to make some connections with African-Americans whose descendants had once resided in West Africa. This resulted in some well-known high-profile black Americans actually living in Ghana for a while in the mid-60s including the writer and political activist Maya Angelou. During her stay in Ghana she approached the government with the idea of bringing a number of African-American artists over to perform a concert to celebrate the anniversary of Ghana’s independence but due to the then leader being deposed it never happened and all the plans went on the back-burner.

Fast forward to late 1970 – affluent white Hollywood attorney Ed Mosk and his wife Fern had been working in West Africa on a film adaptation of Nigerian author Chinua Achebe’s book ‘Things Fall Apart’. Their son Tom had been involved too and whilst he was there came up with the idea of a ‘West African Woodstock’ where musicians with the same roots but who had been raised in different cultures could come to play together and experience their shared heritage. Ghana’s arts council had been working on improving links with African-Americans for some years and with their assistance and enthusiasm, plus the opportunity of celebrating the 14th anniversary of Ghanaian independence, the project was able to realise its ambitions. In an interesting side note it seems that Ghana was a bit miffed James Brown had missed them out on a tour of West Africa in 1970 so this was a good way to make up for their disappointment.

The artists were chosen to demonstrate a good cross-section of the soul and jazz spectrum with the headline act being Soul Brother Number Two – Wilson Pickett (you don’t need us to tell you who Soul Brother Number One was now do you) chosen mainly because he was one of the few artists whose records were readily available in Ghana. The jazz side was represented by pianist Les McCann and saxophonist Eddie Harris, the Staple Singers covered the gospel side of things and Roberta Flack was there singing smooth soul. Ike and Tina Turner came along with the Ikettes to strut their funky stuff and the fantastic Voices of East Harlem were the youngest act there with 20 members almost all in their teens. Carlos Santana and his band were the only non-black artists playing (albeit drummer Willie Bobo was the one black guy in Santana’s band).

The predominantly African audience seemed a bit over-awed by the show and the applause was generally polite but not resounding. Wilson Pickett received a resounding reception with fans storming the stage and the Voices of East Harlem went down very well in spite of the electricity going off half-way through their set. The Staple Singers and Ike & Tina were great hits with the locals but others received a more muted reception presumably because their music had not been heard in Ghana before. Wilson Pickett said afterwards: “I think it was that they’d never seen a big show like that. They were spellbound, because I saw them looking at me so hard. And they were very curious about the whole thing.”

The Soul to Soul DVD is available from Amazon and if you’re really quick you may be able to get it before Christmas. Comes highly recommended: 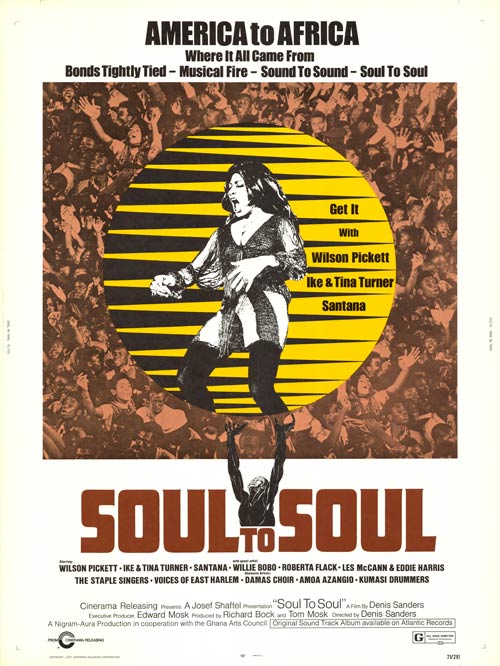 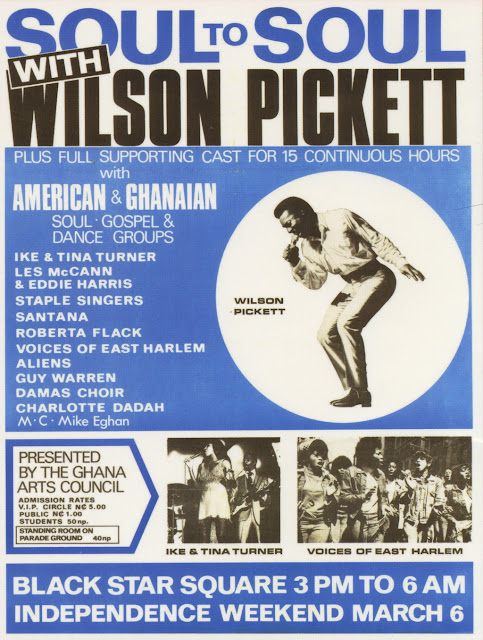 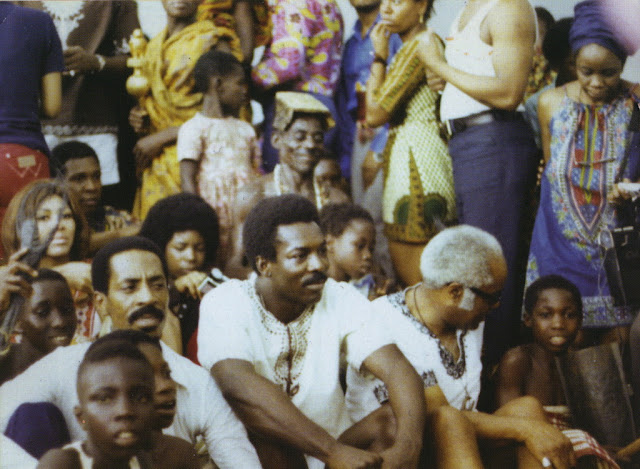 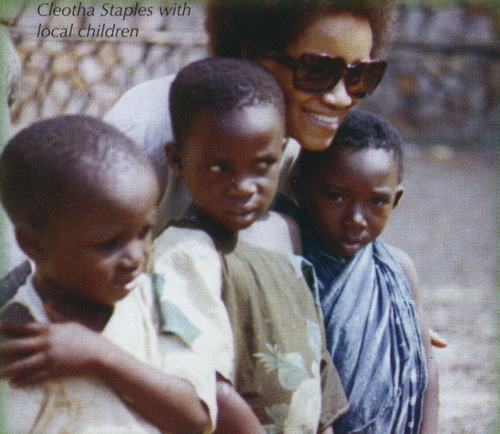 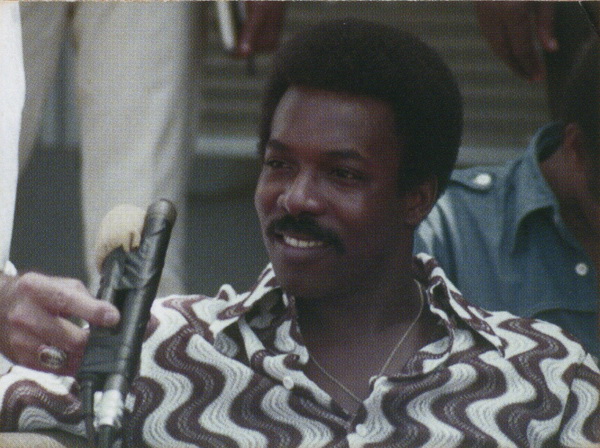 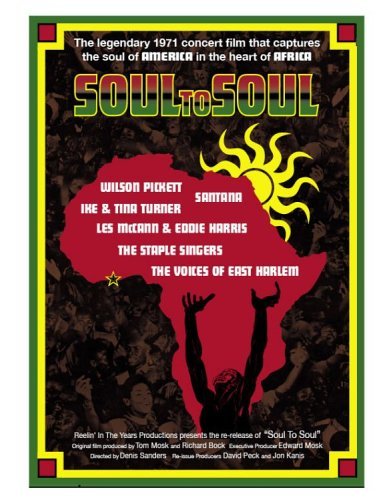 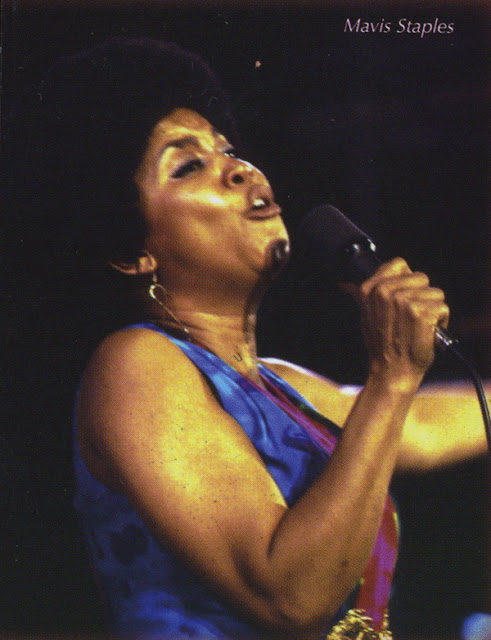 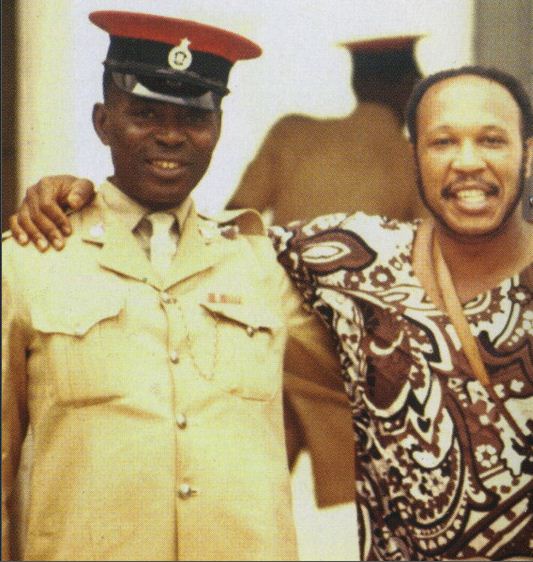 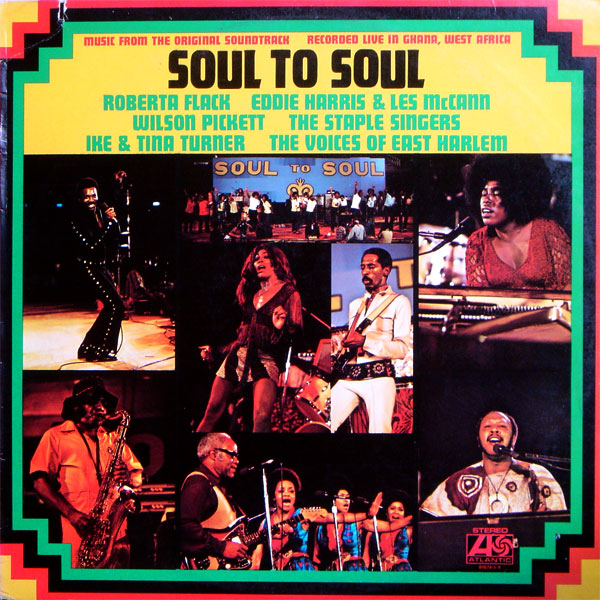 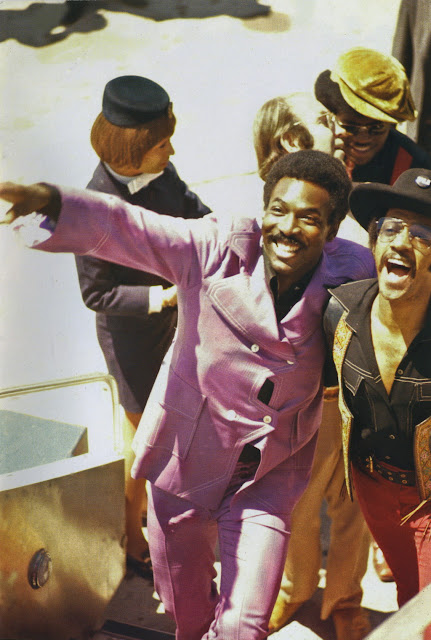 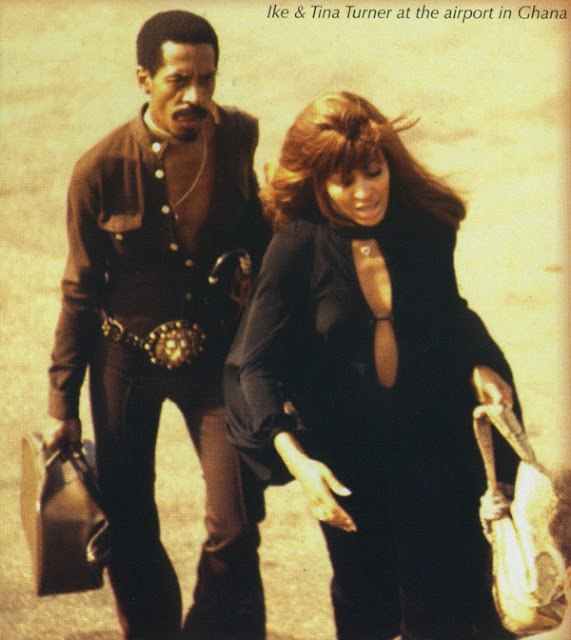