Jackie Wilson’s life seemed to be bound up in equal measures of great success and deep, personal tragedy – even after his death he was initially buried in an unmarked grave and despite a successful career was some $300,000 in debt. Here we take a look at the fascinating story of one of the greatest entertainers of all time and a man who is universally admired as being uniquely talented. 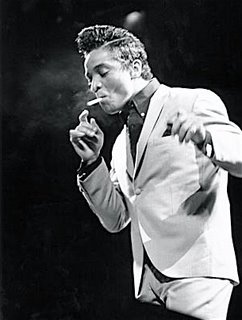 Born an only child in 1934 Jack Leroy Wilson had a troubled childhood in Detroit not helped by his father’s prodigious drinking and frequent absences from home. Wilson often played truant from school to such an extent that he ended up in a juvenile detention centre twice and left school at the age of 15. He had started singing at an early age and demonstrated quite a talent. Alongside his mother he visited local gospel churches where he became fascinated with the gospel singing style. In his early teens he established his first group the Ever Ready Gospel Singers and managed to get gigs at the local churches where his band became a popular local fixture. During his second stint at detention centre Wilson had learned to box and at the age of 16 started on the Detroit amateur boxing circuit with reasonable success until his mother begged him to give it up. His boxing skills, particularly the footwork, greatly influenced his dancing in later years. Shortly after quitting boxing Wilson married his childhood sweetheart Freda Hood at the tender age of 17 and embarked on a career in the music business.

As if to prove what a prodigious wealth of talent there was in Detroit at the time, Wilson’s first group The Falcons included Levi Stubbs (of Four Tops fame) and Hubert Johnson and Joe Stubbs who later went on to form The Contours. 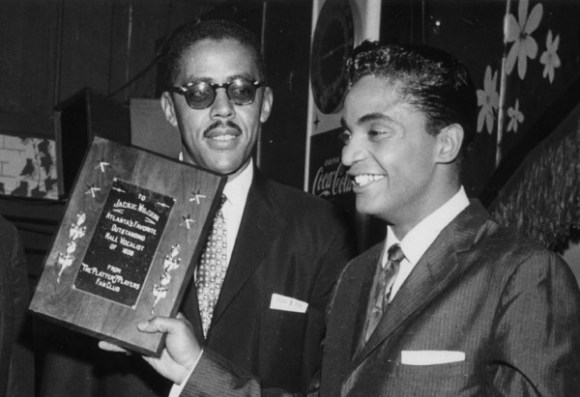 In 1952 Wilson was spotted by King Records A&R man Johnny Otis although Wilson later claimed it was soul singer LaVern Baker who discovered him when they first met whilst Wilson was performing at Detroit’s Flame Show Bar. After initially recording on Dizzy Gillespie’s Dee Gee records imprint under his nickname Sonny Wilson he was recruited by Billy Ward to replace Clyde McPhatter in a band called The Dominoes. McPhatter was leaving to start his own band – The Drifters. Prior to his departure McPhatter gave Wilson some coaching in the style he was expected to use and this alongside his early favourites such as Al Jolson, 40’s blues singer Roy Brown, The Ink Spots and the Mills Brothers had a significant influence on Wilson’s singing style. From 1954 for three years Wilson was the lead singer of The Dominoes but the band had never fully recovered from Clyde McPhatter’s departure and in 1957 Wilson himself left the band to start a solo career. Al Green (not the soul singing Reverend Al Green), the owner of the Flame Show Bar and two music publishing companies signed Wilson to a subsidiary of Decca records called Brunswick where Wilson spent virtually the whole of his solo career from then on. Just before Wilson signed his new contract with Brunswick, Al Green died unexpectedly and Nat Tarnopol assumed duties as Wilson’s manager. 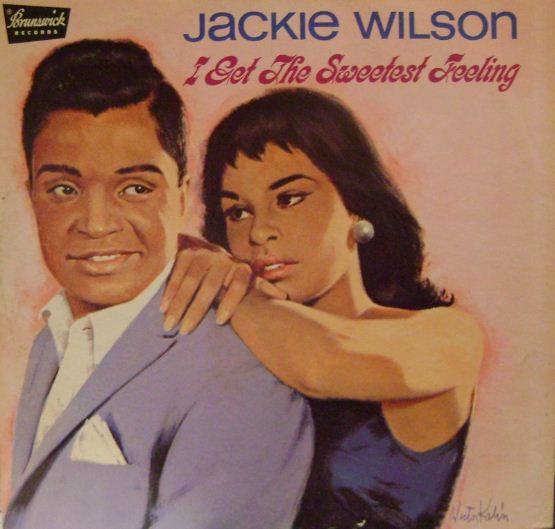 In August 1957 Jackie Wilson’s first release on Brunswick Records was ‘Reet Petite’ written by Berry Gordy, Gordy’s sister Gwen and Wilson’s cousin Billy Davis (under the pseudonym Tyran Carlo). This record went on to become a classic of the genre and when released reached number 6 in the UK and 62 in the Billboard Hot 100. Subsequently, in 1987, three years after Wilson’s death ‘Reet Petite’ was re-released and stayed at number 1 in the UK charts for four weeks over 29 years after its original release. This songwriting trio went on to pen a further nine hit records for Wilson including what was to become one of his recognised classic songs ‘Lonely Teardrops’.

In 1958 Gordy and Davis parted company with Brunswick following various royalty disputes with Nat Tarnopol and went their own separate ways: Davis joined Chess Records and wrote a number of hit songs for them including Fontella Bass’s 1965 smash ‘Rescue Me’ before he then moved on to join an advertising agency where he produced the famous Coke jingle ‘I’d Like to Teach the World to Sing’. Berry Gordy had slightly more success: having borrowed $800 from his family and combined that with the money he made from his royalties he started Tamla Records which then went on to spawn Motown Records a year later. Ironically Tamla’s first hit was Barrett Strong’s ‘Money (That’s What I Want)’ which reached number 2 in the Billboard charts. Motown went on to become one of (if not the) most recognised and successful record labels the world has ever seen.

With Nat Tarnopol managing his career Wilson took a slightly different turn and started recording operatic ballads and easy listening material but much of this was a far cry from his electrifying stage performances where his reputation has been earned. Wilson had gained the moniker ‘Mr. Excitement’ due to his frenzied dancing, impeccable dress sense and fantastic singing voice. He influenced the likes of James Brown and latterly Michael Jackson but it was Elvis Presley who was so impressed after witnessing a Jackie Wilson live performance insisted on meeting him and the two went on to become good friends. In fact it was Presley who called Wilson “The Black Elvis”. 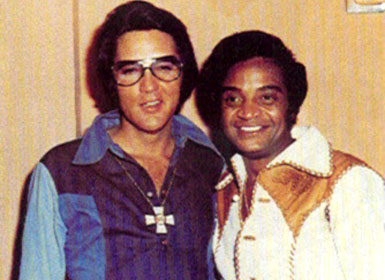 The next few years saw varying fortunes for Wilson. A tribute album to Al Jolson was a commercial flop however he saw some singles success with ‘Baby Workout’ reaching number five in the States and ‘My Empty Arms’ peaking at number nine. It wasn’t until 1966 when he joined forces with renowned producer Carl Davis that Wilson saw some regular commercial success – in quick succession he recorded ‘Whispers (Gettin’ Louder)’, ‘(Your Love Keeps Lifting Me) Higher and Higher’ and ‘I Get The Sweetest Feeling’ – three of his biggest single releases and although ‘Sweetest Feeling’ was never massive at the time it has since gone on to be possibly his biggest selling record to date having been released three times in the UK alone. 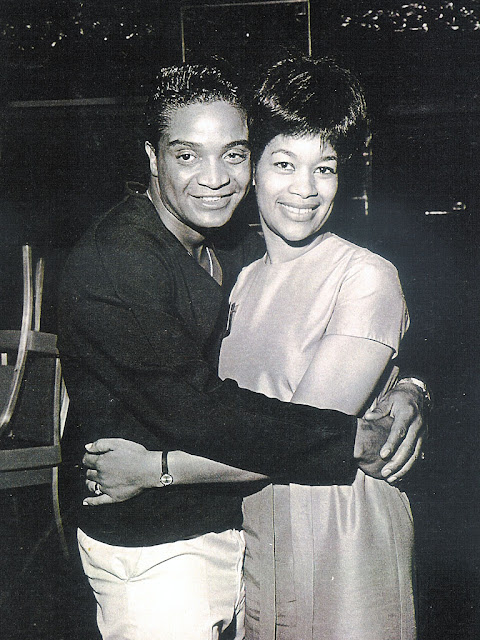 Away from his recording career Wilson’s personal life was dogged with tragedy culminating in his untimely death in 1984 aged 49. In 1960 he was arrested and charged with assaulting a police officer, in 1961 he was injured in a shooting incident when he was struck by two bullets – one resulted in the removal of a kidney and the other was so close to his spine it could not be removed. Not long after this his house was seized by the IRS (the taxman!) as he had rather foolishly trusted Tarnopol to look after all his monetary affairs. In 1965 his wife of 14 years divorced him and in 1970 his son Jackie Junior was shot and killed on a neighbour’s porch. The death of Jackie Junior has a massive impact on Wilson and he sank into depression using drink and drugs and never going out for a good part of the early seventies. In 1977 his daughter Sandra died of a heart attack and four years after Wilson’s death his other daughter by his first marriage, Jacqueline, was shot and killed in Michigan.

In 1975 whilst performing at a benefit concert at the Latin Casino, New Jersey Wilson had a massive heart attack and collapsed on stage. One of the first people on the scene was Cornell Gunther of The Coasters who, realising that Wilson had stopped breathing, managed to resuscitate him before the arrival of the ambulance. Following this he fell into a coma for three months. Wilson’s health gradually improved to the point where he was in a semi-coma but the brain damage he had suffered after the heart attack was too severe and he remained this way for a further 8 years before finally passing away on January 21st 1984. It is rumoured that because of the precarious state of Wilson’s finances, due to alleged mismanagement by Nat Tarnopol, Wilson’s medical expenses for the years he was in a coma were covered by Smokey Robinson.

In his autobiography, Berry Gordy stated that Jackie Wilson was: “The greatest singer I’ve ever heard. The epitome of natural greatness. Unfortunately for some, he set the standard I’d be looking for in singers forever.”

This post only gives a brief overview of Jackie Wilson’s life and career; however if this has given you a taster and you want to know more then check out Tony Douglas’s excellent ‘Jackie Wilson: The Man, The Music, The Mob’ for the full story: 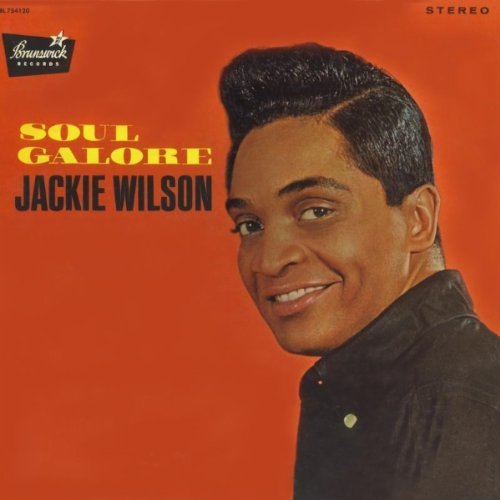 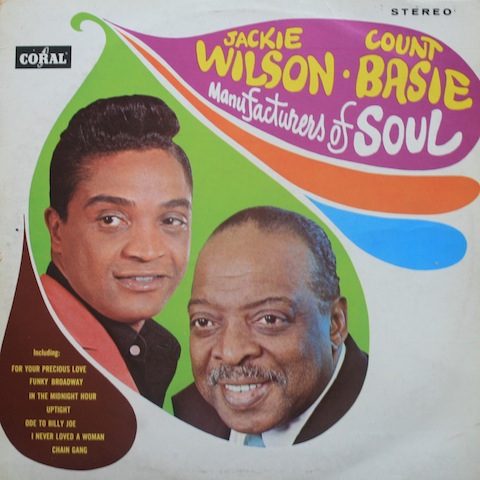 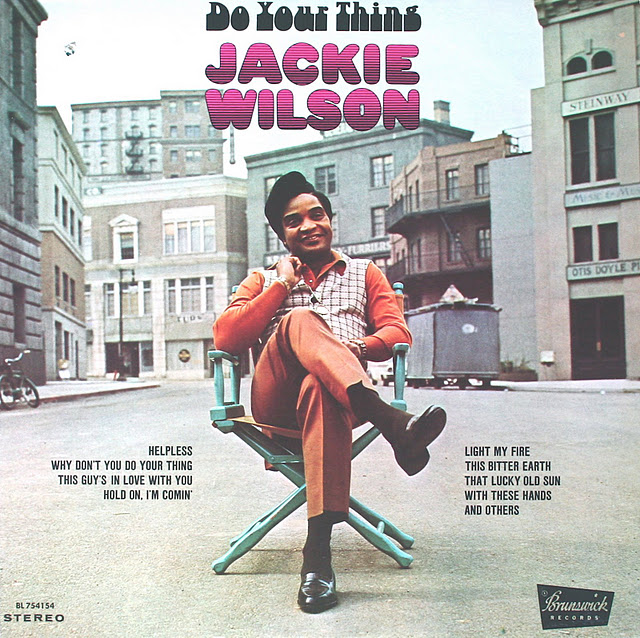 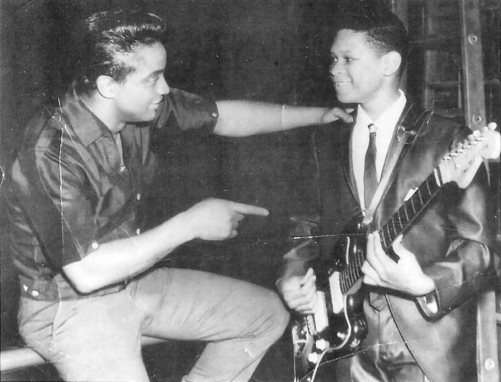