First things first. We’re a broad-minded bunch here at VoEA, however we do not recommend that you try this hangover cure by gonzo writer Hunter S Thompson.

In 2011 Playboy magazine unleashed a cache of letters from Hunter, the article stated “In the summer of 1967 Playboy editor John Grabree contacted Thompson’s Random House publicist, Selma Shapiro, about writing for Playboy. The two exchanged letters for a year, discussing various story ideas about hippies, Haight-Ashbury, the rise of Jefferson Airplane and a Scottish gamekeeper claiming to be a werewolf”.

Amongst the letters is his brief and unique cure to avoiding a hangover, and it doesn’t involve any raw eggs. 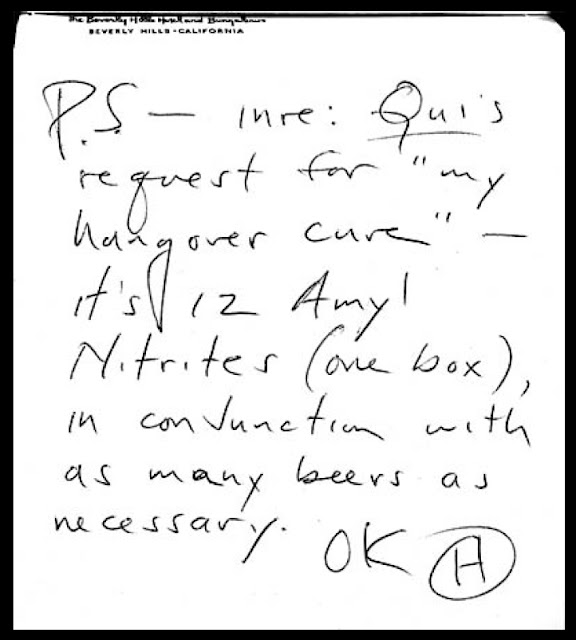