Really Rosie is a musical comprising of a book and words by Maurice Sendak, and music by Carole King. It’s based on Sendaks books Chicken Soup with Rice, Alligators All Around, One Was Johnny, and The Sign On Rosies Door.

Set mostly in Brooklyn, New York, it recalls some of Sendaks childhood memories. With Carole King on musical duty, it was decided to make a half hour animated version for TV, and what a great job they made of it too. Shown on CBS in 1975, directed by Sendak, and with Carole King providing the voice of Rosie, there was also an album of the songs produced, which is also excellent.

The animated version has the first seven songs and Really Rosie (reprise), but for stage productions the whole thing was performed. One stage show, at The Westside Theatre, started in 1980 and ran for 274 performances.

It’s become a bit of a standard in the USA, the story of Really Rosie follows a normal summer day in the lives of The Nutshell Kids, who are neighbourhood friends. They include Chicken Soup, Johnny, Alligator (who is literally that) from The Nutshell Library series of books, and Rosie and Kathy from The Sign On Rosies Door books. Rosie is the self proclaimed ‘star’ of the block and decides to make an Oscar winning movie of her life in Brooklyn’s Avenue P.

The songs are great, the animation style is very likeable, so it comes highly recommended. One of those kids/adult crossover things…. Watch the whole thing via Youtube (in 2 parts). 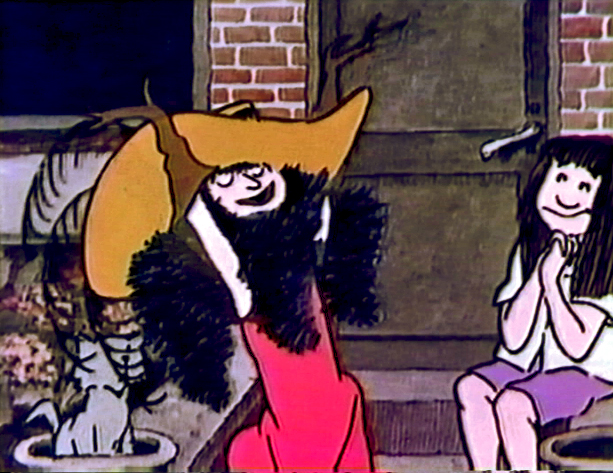