Brutus was started in London back in 1966 by two teenage brothers Keith and Alan Freedman and became an iconic brand during the Sixties and Seventies. They started off making one style of jumper before extending the range to include shirts, jeans and t-shirts. For the curious amongst you the name came from the brothers’ favourite after shave at the time – Brut 33.

The Brutus brand was probably best known for their jeans and shirts particularly the Brutus Trimfit an update of the original Ivy League shirt with a sewn-in box pleat and figure-hugging style – best not to wear one if you developed a slight paunch. This was the shirt of choice for self-respecting mods, skinheads and suedeheads around in the late-60s and early Seventies and has recently been revived by Keith Freedman’s son Jonathan.

Brutus advertising was well-known at the time and their ‘Jeans On’ TV ad, one of the first to be produced by Saatchi & Saatchi, was not only way ahead of its time but also spawned a number three hit in 1976 albeit with a minor change to the chorus from ‘I pull my Brutus jeans on’ to ‘I pull my old blue jeans on’. Incidentally the singer was a chap called David Dundas who is the 3rd Marquis of Zetland and should really be acknowledged by his correct title of Lord David Dundas. He also produced the music for Withnail and I.

Quite when the brand slipped into obscurity we don’t really know – our guess is in the late 1980s but we could be wrong there. As we mentioned above the Brutus Trimfit shirt line has recently been revived but for us it’s the old ads we love and that’s what this post is all about. Feast your eyes on these classics: 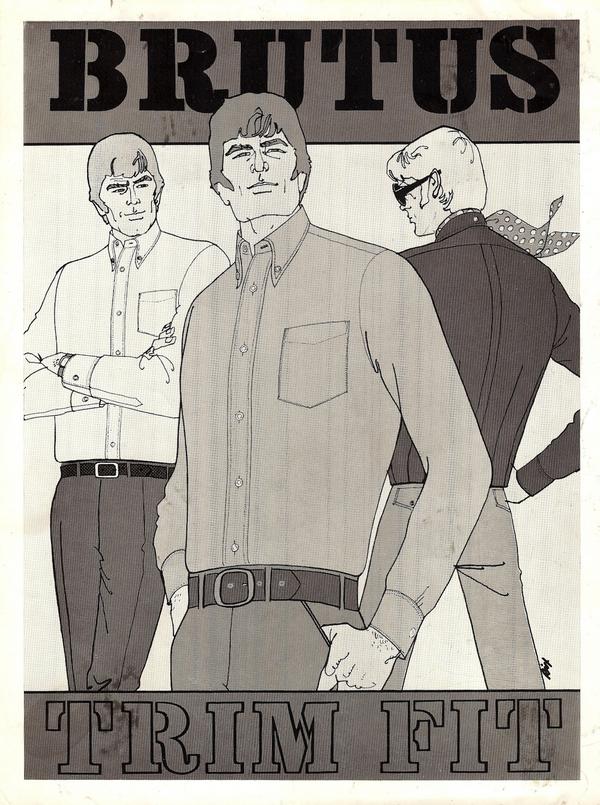 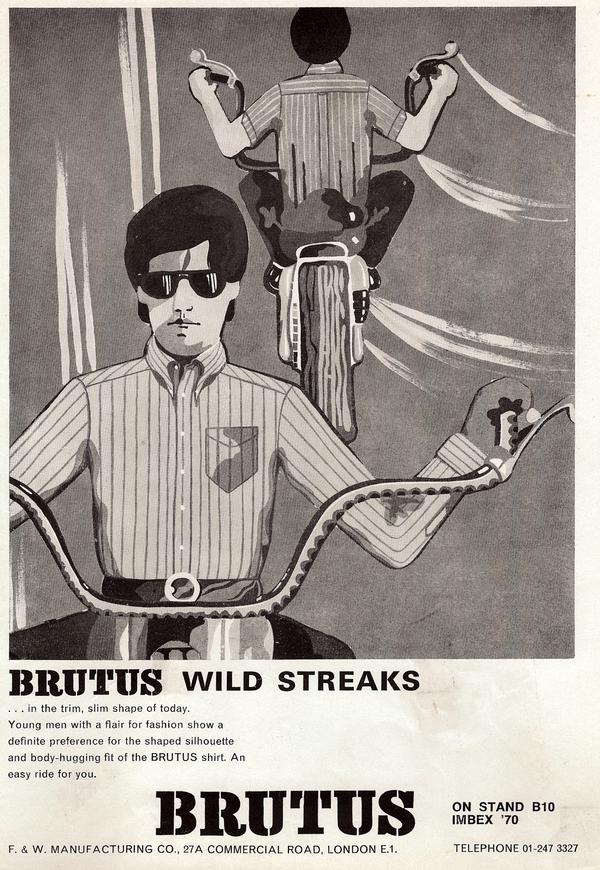 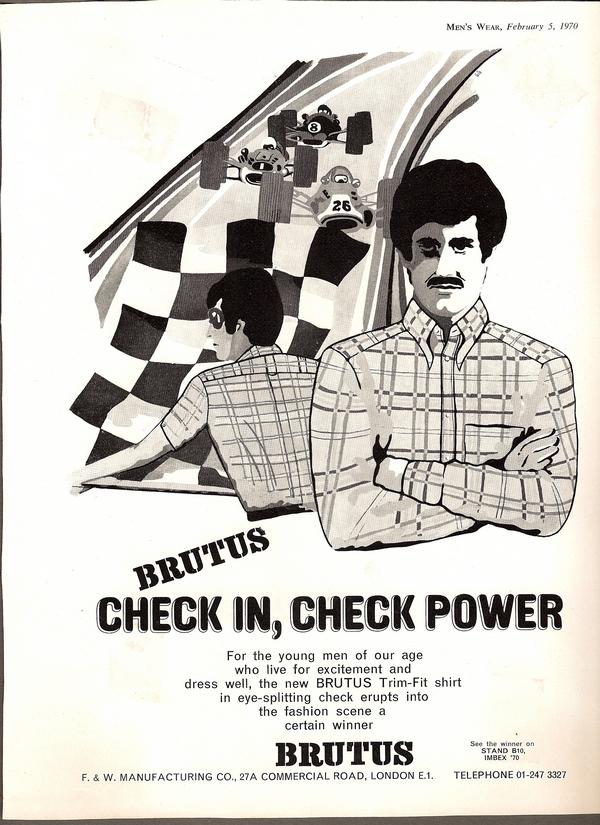 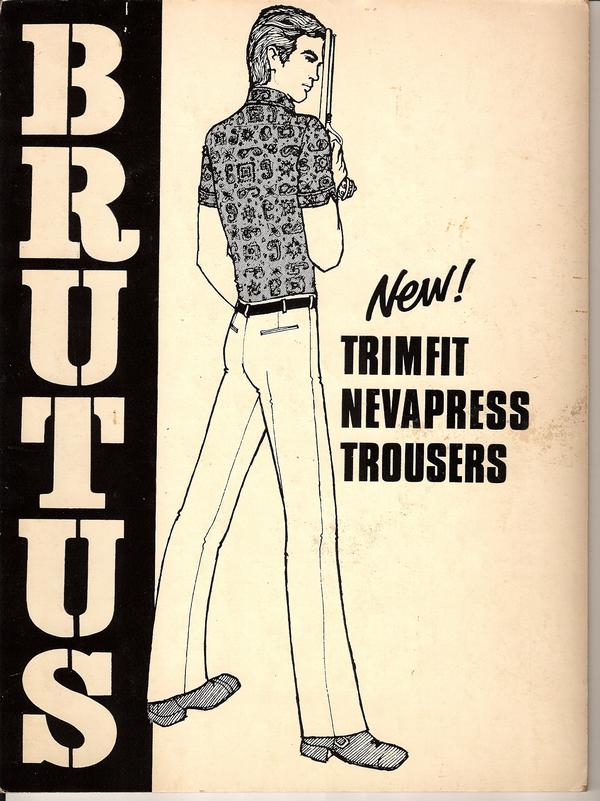 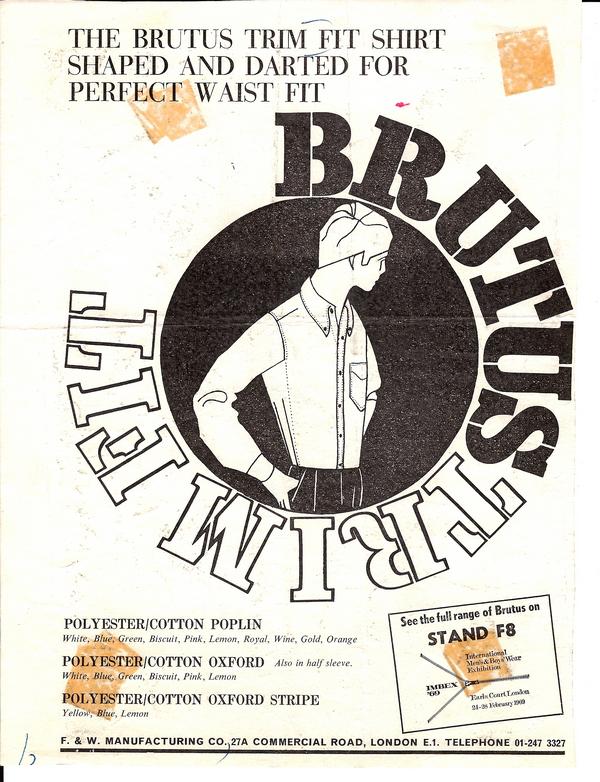 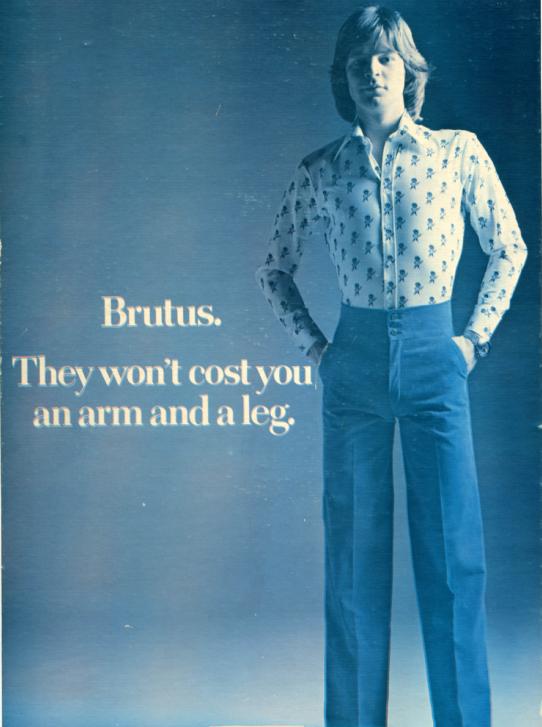 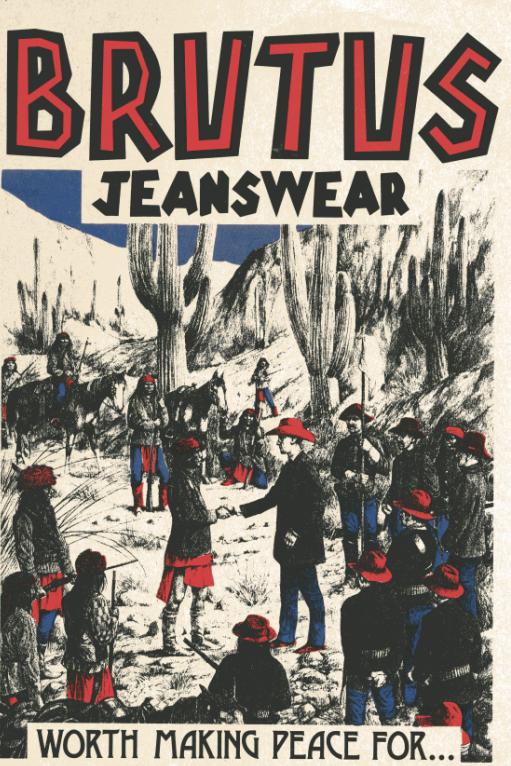 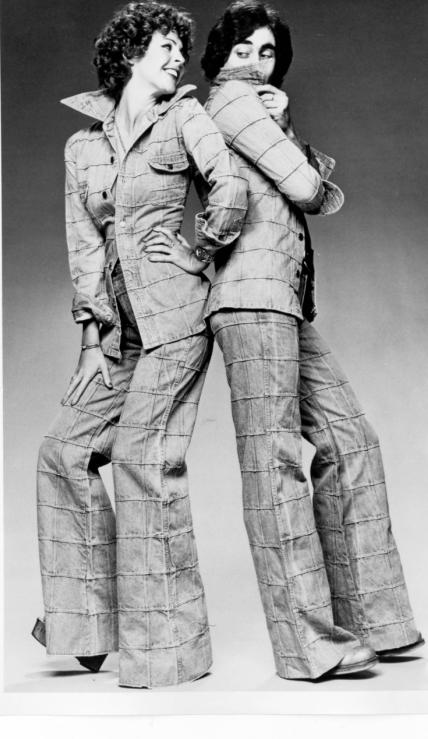 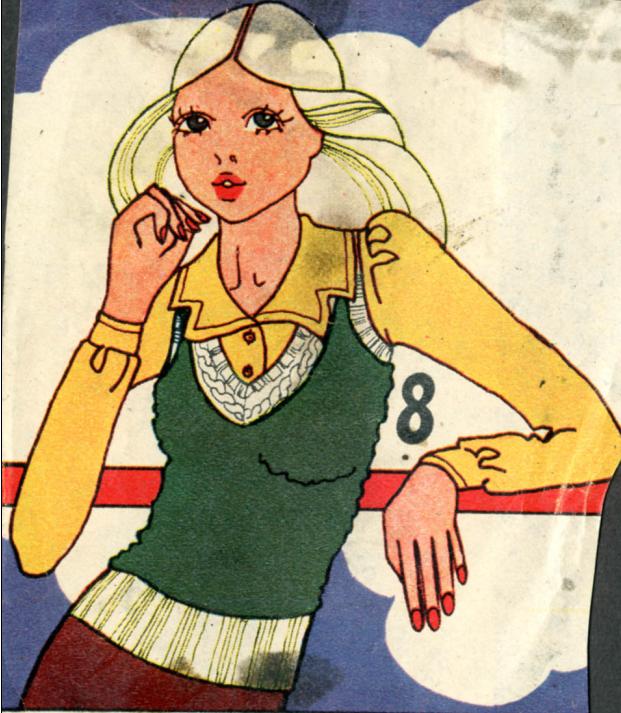 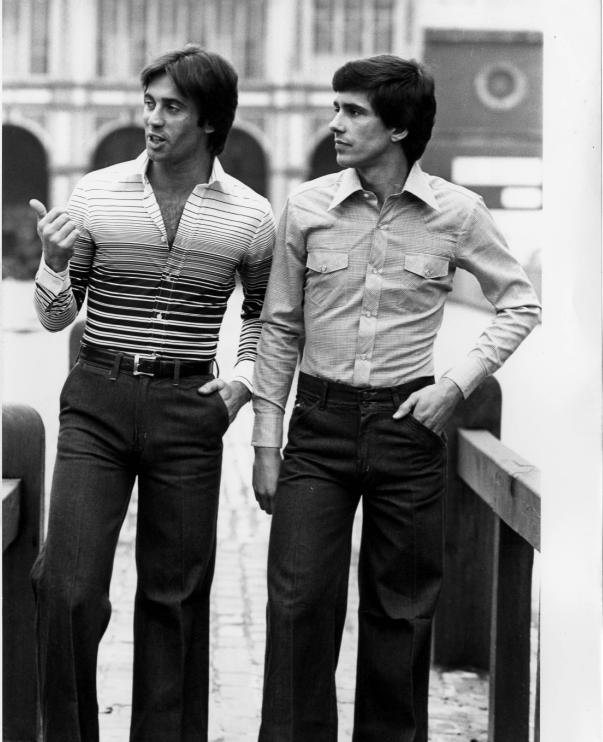 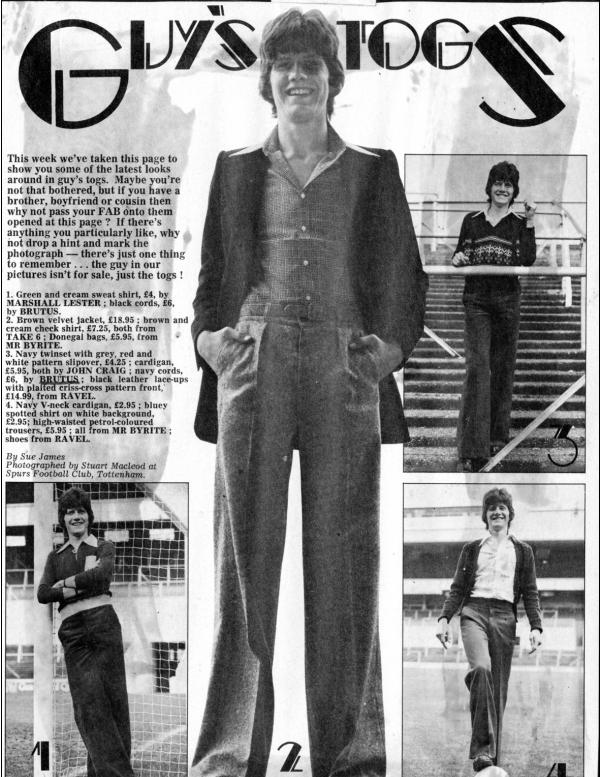