If you’re a fan of Spanish cult vixen vampire horror films or into obscure groovy Soundtrack albums, then you’ve probably seen the star of Vampyros Lesbos – Soledad Miranda, either on a late night showing of the film or on the soundtrack album cover.

In 1969 Spanish Actress Soledad Miranda was asked – What’s your greatest artistic ambition? she replied “That I’m known beyond our borders”. Her journey to worldwide recognition should of began in 1971.

It’s August 1970 and Soledad is just coming to the end of filming her third film with Director Jess Franco – The Devil Came From Akasava. She decides to take a short holiday in Portugal with her husband José Manuel Simões.During the holiday she receives good news from Franco, his producer wants to offer her a multi-year contract which would lead to her becoming a major star in Europe. She was on the way to breaking those borders.

Soledad and her husband set off on the morning of August 18th to sign the contract. The route they took was the same one they had taken in the 1964 short documentary “A Day in Lisbon”.The couple were on the Costa do Sol highway between Estoril and Lisbon when they collided with a small truck, the vehicle completely crushed their car. Even though her husband was driving the car, he only received minor injuries.Soledad wasn’t as fortunate and received fractures to both her skull and spine. She later died at the Hospital of São José in Lisbon. Soledad Miranda was 27 years old.

Although her last last three films with Franco have now gained her cult status, she appeared in thirty films from 1960 until her death, including epic adventures (Ursus, Cervantes); horror films (Sound of Horror); dramas (Canción de cuna, Currito de la Cruz); comedies (Eva 63, La familia y uno más); Spaghetti western (Sugar Colt) and she was also seen outside of Spain when she appeared with Burt Reynolds and Raquel Welch in the Western 100 Rifles. During the Sixties she made several appearances on Spanish TV shows and released two pop singles. Also she’s on the list of ladies in horror who’ve been bitten by The Count, Christopher Lee sank his fangs into her in the 1970 film Count Dracula.

Artur Brauner – the producer who would have helped Soledad achieve her ambitions said “I really want to hire this girl because she has a truly extraordinary potential, a personality, a presence, she has it all.” 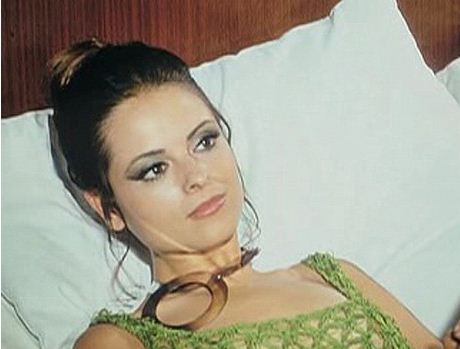 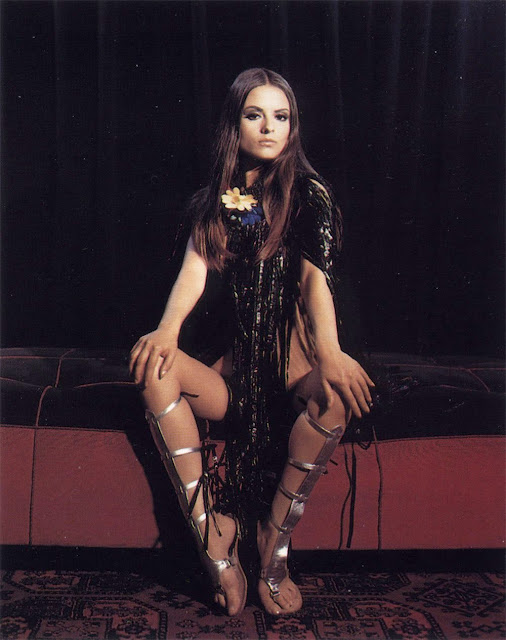