The 1968 Olympics were notable for several firsts. This was to be the first Olympics to be held in a developing country (Mexico City played host), the first in a Spanish speaking country and the first (and only to date) Olympics to be held in Latin America. In addition these were the games where Bob Beamon smashed the long jump record which then stood for a remarkable 23 years until 1991 and Dick Fosbury introduced his revolutionary Fosbury Flop high jump technique which not only won him gold but also became the dominant high jump technique and is still used to this day. However, the ‘68 games are not primarily remembered for any of these reasons but instead because of the actions of two black American athletes when standing on the winners’ podium.

On October 16th 1968 Tommie Smith and John Carlos who had won gold and bronze respectively in the 200 metres stood with their arms raised and heads bowed whilst the Star Spangled Banner played during the victory ceremony. Each wore a black glove, Smith on his right hand – the black power salute, Carlos on his left hand to symbolise black unity with the two salutes forming a metaphorical arch. (Although it is rumoured that Carlos left his gloves in the Olympic Village and consequently had to borrow Smith’s left glove.) In addition they arrived at the podium shoeless wearing only black socks to represent black poverty, Smith wore a black scarf to represent black pride, Carlos had his tracksuit partially unzipped as a mark of solidarity with American blue collar workers and wore a bead necklace in memory of all the black slaves who died in servitude. The third athlete on the podium was silver medalist, Australian Peter Norman. All three athletes wore Olympic Project for Human Rights (OPHR) badges on their tracksuits after Norman had shown an interest in Smith and Carlos’s protest and also by way of his own protest against the then White Australia Policy which restricted non-white immigration into the country.

The OPHR had been established by an African-American sociology professor called Harry Edwards who, at the time, advocated that all black American athletes should boycott the Olympics as a protest against racial segregation in the US and elsewhere. Whilst there was no boycott the ’Black Power’ protest had a significant effect on highlighting the cause. It made front page news across the world and within two hours of the protest both Smith and Carlos were condemned by the International Olympic Committee. Ironically the IOC had made no protests against Nazi salutes in the 1936 Berlin Olympics. 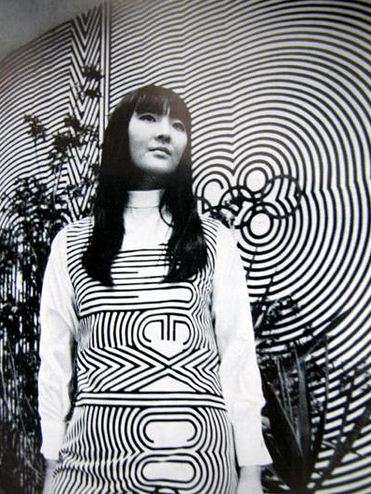 The fallout afterwards was significant and all three athletes were seriously affected. Smith and Carlos were roundly criticised back home for their actions and they and their families received death threats and abuse. They were effectively sidelined by the US athletics authorities. Both athletes managed to salvage their careers ending up playing in the NFL with Smith going on to become a renowned coach working with the US athletics team at the 1995 World Indoor Athletics Championships in Barcelona. 1999 saw Smith awarded the California Black Sportsman of the Millennium Award. He is now working as a public speaker.

Carlos fell upon hard times in the decade following the ’68 Olympics and his wife committed suicide in 1977. However he managed to turn things around and in the early 1980s was employed by the Organizing Committee for the

1984 Summer Olympics in Los Angeles to promote the games and act as liaison with the city’s black community. In 1985, he became a track and field coach at Palm Springs High School where he still works.

Peter Norman was reprimanded by the Australian Olympic authorities and banned for two years; his career as an athlete was effectively over, despite finishing third in the 1972 Olympic Trials he was not selected. It should be noted, the time he set in the ’68 Olympics of 20.06 seconds for 200 metres still stands as an Australian record to this day. Norman died of a heart attack on 3 October 2006 in at the age of 64 following a long battle with drink and prescription drugs. The US Track and Field Federation proclaimed 9 October 2006, the date of his funeral, as Peter Norman Day. 38 years after the three made history, Smith and Carlos were both pallbearers at Norman’s funeral. In a remarkable act of opprobrium Australian organising authorities overlooked Norman as being involved in any way with the 2000 Summer Olympics held in Sydney – he did however play a part in the event after being invited by the Americans when they heard that his own country had effectively ignored him.

On 17 October 2003 San Jose State University unveiled a statue to commemorate the 1968 Olympic Black Power protest; Peter Norman was not included as part of the statue itself— his podium spot was left empty intended for others viewing the statue to ‘take a stand’—he was nevertheless invited to deliver a speech at the ceremony.