Robert Norman ‘Bob’ Ross was born in Daytona Beach Florida. The future tv painting legend, was then installed into The USA’s Air Force at the age of 18, and swiftly posted to snowy Alaska. This was to have a big influence on his later career….

He soon discovered he could paint, and although he did well in his military career, when he started making the same money from painting, he quit the airforce, and threw himself into his art. He studied under Bill Alexander initially before going his own way.

In the early 80’s public tv was seen as a vehicle for marginilised ideas and performers, and Bob decided to front his own ‘how to paint’ type series called ‘ The joy of Painting’, where he used oil paint in a ‘ wet on wet’ system, using a knife and brushes, and creating his signature mountain, lake, and tree landscapes that were influenced by the scenery he gazed upon, whilst stationed with the Air Force in Alaska…..

The success of the series was down to the man himself, a gently spoken, wildlife loving ( we often saw short film of Bob feeding a rescued Chipmunk or some such, on the show ), afro sporting, enthusiastic teacher. If you caught the show, it certainly would lift the spirits, even if you couldn’t paint! The show ran from Jan 11th 1983 until the last show on May 17th 1994, which is a phenomemal run, most people tuning in to catch up with Bob, and his week. He ended the last show with the words that he used at the end of all his shows… ” God bless, my friend “ 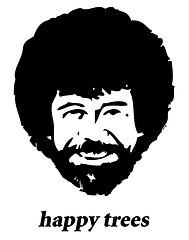 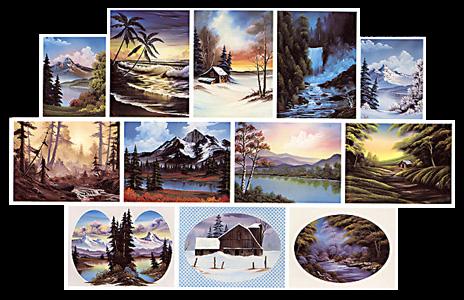 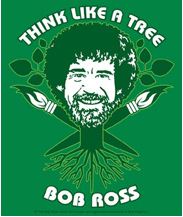 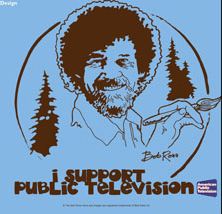 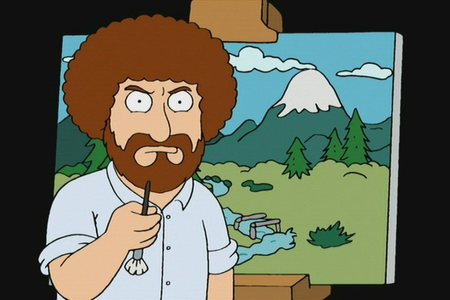