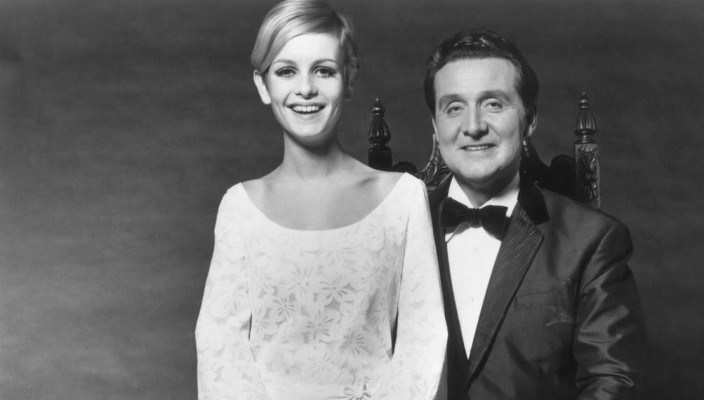 Dressed To Kill with Twiggy and The Avengers

Here at Voices of East Anglia we’re no strangers to the world of sixties Spy-fi duo John Steed and Emma Peel. In the past we’ve covered the very short lived 1971 London stage play of The Avengers and cleaned up with some 1960s lux soap ads featuring Diana Rigg. This time we take a look at the fashion side of the popular television series with a couple of videos courtesy of British Pathe.

First we have an Avengers inspired fashion show by Jean Varon which has”Mod Maidens” and (strangely) a range of dog clothing to give your furry friend that Emma Peel look.

We know that Twiggy met Diana Rigg at the 1967 London Home Exhibition, However in the same year the famous sixties model encounters actor Patrick Macnee at a photo call in Teddington studios. Meanwhile his female crime fighting partner is getting snapped while she’s being treated like a bar bell by Olympic weightlifter George Manners .