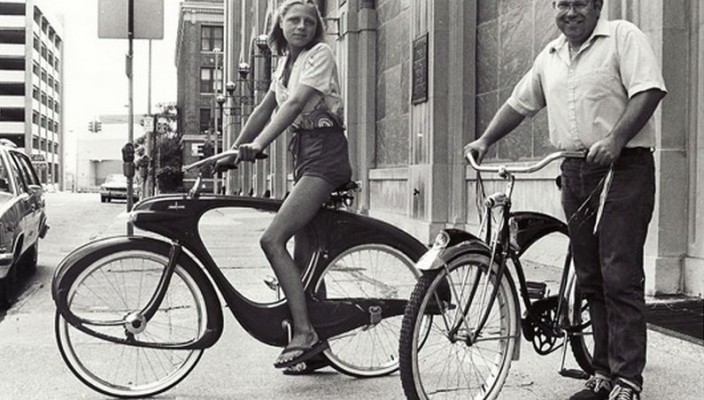 Sometimes a new concept comes along that is radical, works well, makes sense and looks good but for one reason or another doesn’t sell and is consigned to the annals of history marked Unfortunate Failure. When it first hit the streets in 1960 the Spacelander bicycle ticked all the right boxes but unfortunately never made it commercially – shame really because it looks rather lovely.

Designed by Benjamin Bowden and first showed at the 1946 ‘Britain Can Make It’ exhibition of industrial design the Spacelander was well-received by the crowds and critics alike. Its space-age design must have looked something really special in those bleak post-war years.  Beneath the monocoque pressed-steel frame was concealed an electric motor which charged up when the bike was being ridden downhill or on the level and then lent a helping hand when the road started going up. It also included built-in lights, a horn and a radio.

It took 14 years before the concept turned into reality. The pressed-steel frame was deemed too heavy and a fibre-glass one was used instead, the horn and radio were ditched but it was still a heavy beast weighing it at a rather portly 50 pounds. Unfortunately for Bowden the Spacelander didn’t sell well and only 522 were ever made. It was considered by many to be too exotic and too expensive for mass market appeal.

Despite being a commercial flop upon release the Spacelander’s design and retro-futuristic looks have made it a collectors’ item and examples, on the rare occasions they come up for sale, fetch upwards of $5,000. There’s a model on display in the Brooklyn Museum and their blurb below sums it up probably better than we can:

The Spacelander is a marvel of postwar biomorphic design. Its curving lines and amoeba-like voids represent the mutation of the prewar streamlined style into a new expression based on organic, rather than machine-made, forms. Although the prototype—made for a 1946 exhibition of British industrial design—was a critical success, Benjamin Bowden failed in his attempts to have it manufactured. By the time it finally went into production in the United States in 1960, tastes had changed and the price of the bicycle—$89.50—was too high. It is believed that only about five hundred examples were ever sold, making it one of the rarest and most sought-after industrial designs of the mid-twentieth century. 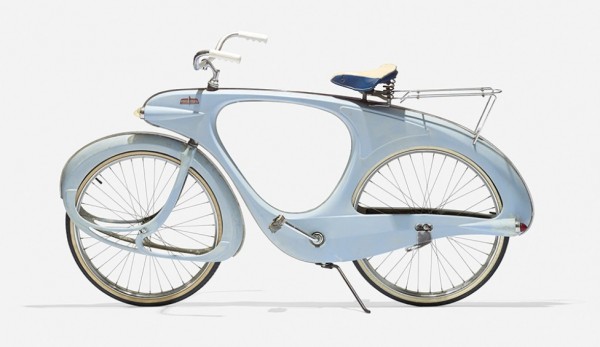 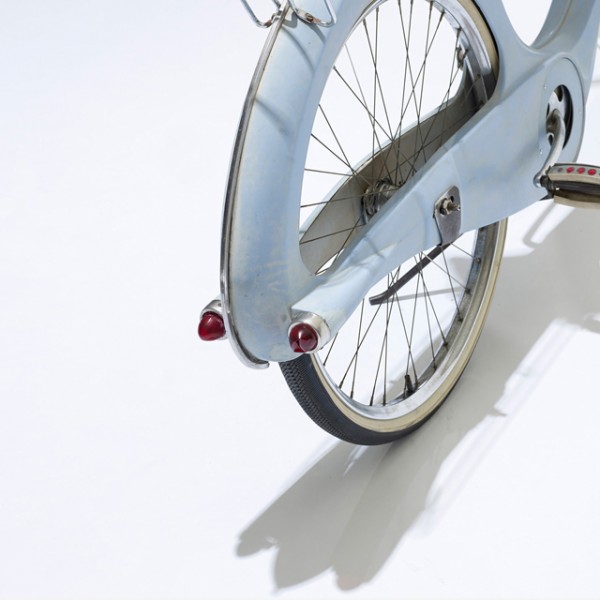 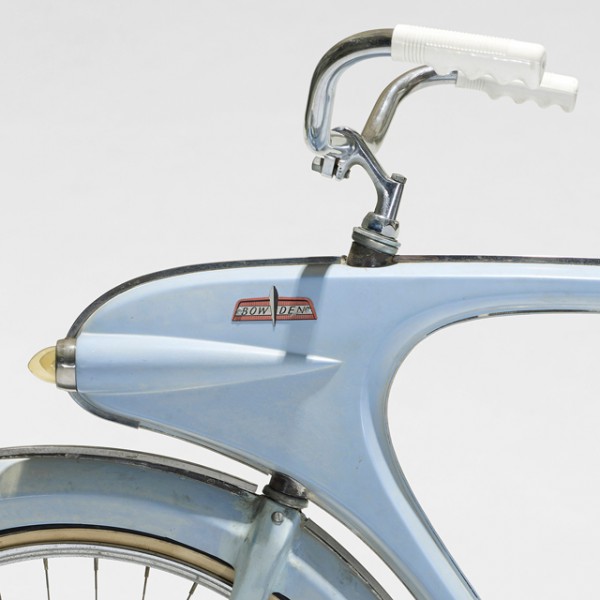 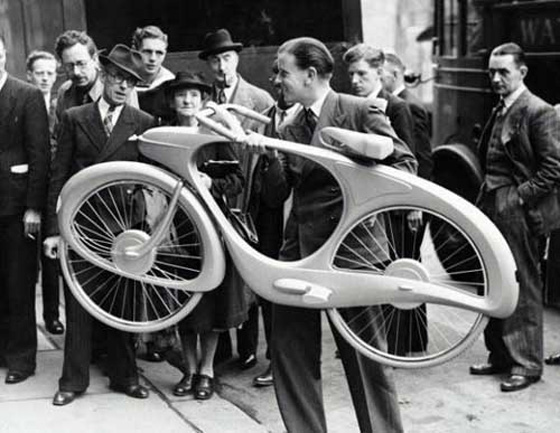 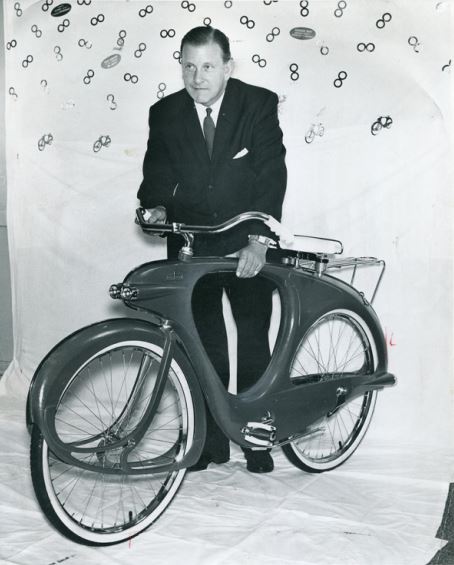