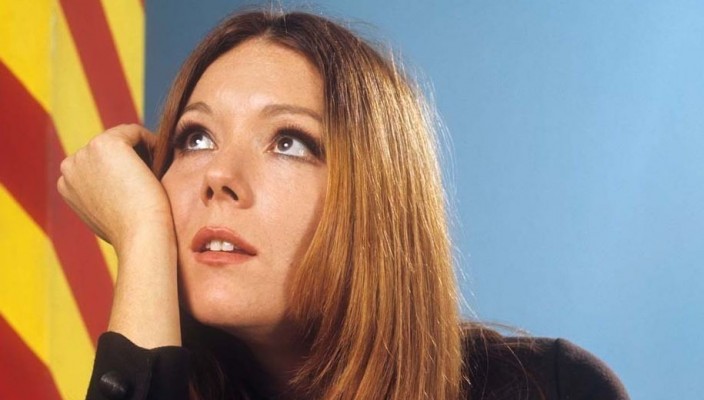 Some time back we took a look at Diana Rigg in a replica of her kitchen with Twiggy at the 1967 Ideal Home Exhibition and now it’s time to revisit the girl once known as Emma Peel only this time in her bathroom. Mind you we’re fast running out of rooms in Ms Rigg’s (possibly imaginary) house so this might be the last of our ‘Diana Rigg at Home’ posts.

Here Diana lends her services to the good people at Lux soap (the first ever toilet soap way back in 1924, to this day sold in over 100 countries and generating annual income of over a billion euros for Unilever) with her Bond connection (see below) giving her international appeal.

VoEA Trivia Fact: In 1969 Diana Rigg played Tracy Bond (nee Contessa Teresa di Vicenzo aka Tracy Draco) opposite George Lazenby’s James Bond in On Her Majesty’s Secret Service. This was the only wife James Bond ever had; on the Bonds’ wedding day Blofeld and his henchwoman shoot the newly-wed couple in a drive-by shooting and while 007 survives his new wife unfortunately does not. Tracy Bond was buried in an English country churchyard (exact location unknown) and on the headstone was engraved:  ‘TRACY BOND, 1943-1969. Beloved wife of JAMES BOND. We have all the time in the World.’ 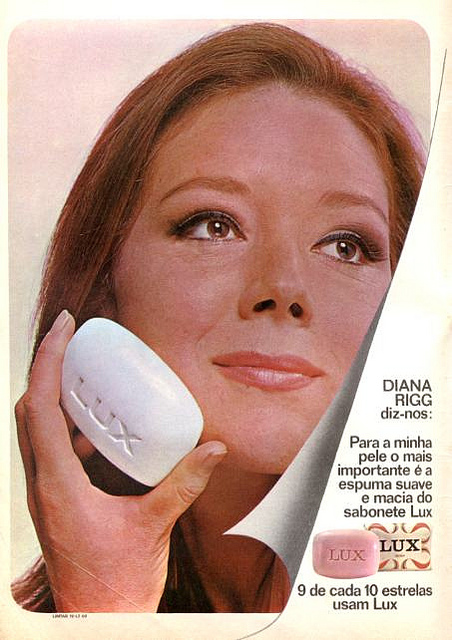 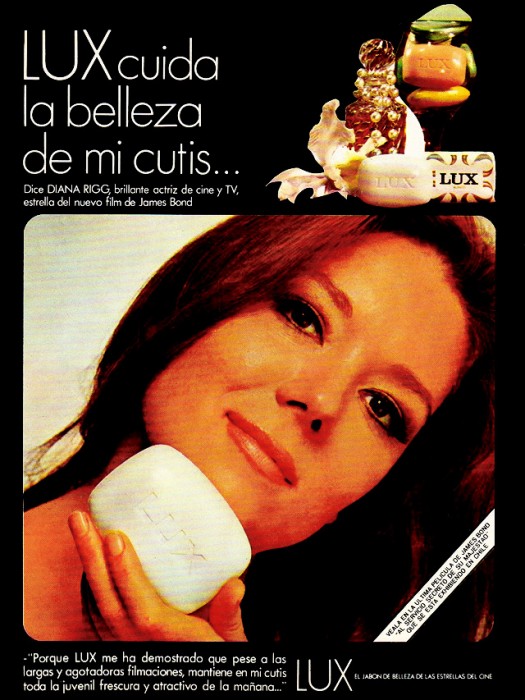 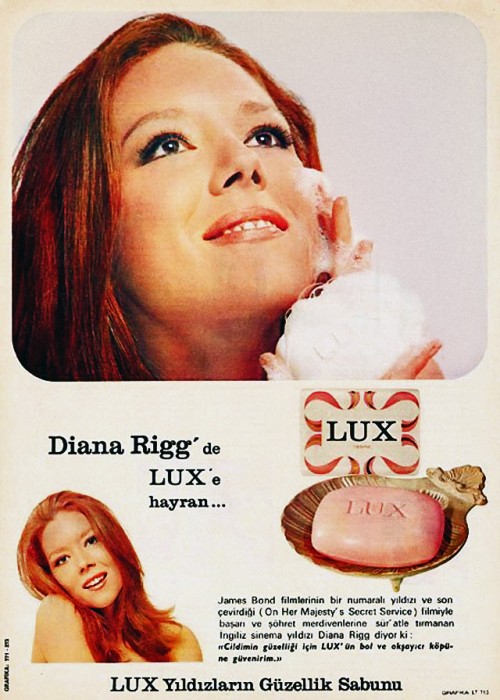