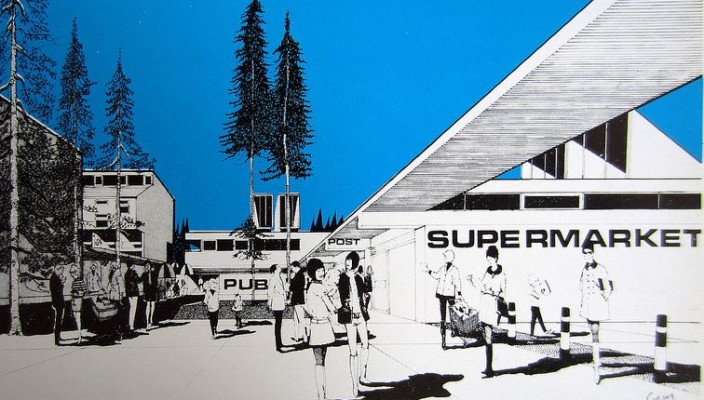 Unlike most ‘conventional’ British new towns Irvine was already a town in its own right before plans were drawn up to raze large swathes of it to the ground and rebuild it under the stewardship of the Irvine Development Corporation. As is often the case their intentions were good but the end result doesn’t bear much resemblance to the rather space age plans we have below.

In 1946, following on from WWII, Clement Attlee’s government passed the New Towns Act which allowed the government to allocate certain areas as new towns and importantly, hand over planning and development control to newly formed Development Corporations. The New Towns Act was put in place to help rebuild war ravaged communities but also to assist in dispersing populations away from major cities and the housing shortfalls therein.

Irvine, in North Ayrshire on the south-west coast of Scotland, had once been the home of Robbie Burns and has a long history stretching back as far as the 12th century when it was considered Scotland’s Military Capital.

Following years of neglect the town of Irvine was selected as one of five Scottish new towns alongside Cumbernauld, East Kilbride, Glenrothes and Livingston to be developed (or redeveloped) in the new brutalist style where concrete was king and space-age design foresaw a future of high-rise buildings replacing the old fashioned terraces of yore (while simultaneously cutting people off from the neighbours they’d previously seen on a daily basis).

Whether the new towns were a success or not is a discussion for another time and another place but the theory behind them was sound and as we’ve discussed in a previous post on Brutalist Architecture they can work well under the right circumstances. However, let’s put all that to one side and take a look at how architects and designers see their vision before it becomes a reality in concrete and steel.

VoEA Trivia Fact: Our readers out there who are cycling fans will probably already know that the Flying Scotsman himself and new HPV world record holder Graeme Obree rides for the Fullarton Wheelers a bike club hailing from Irvine. 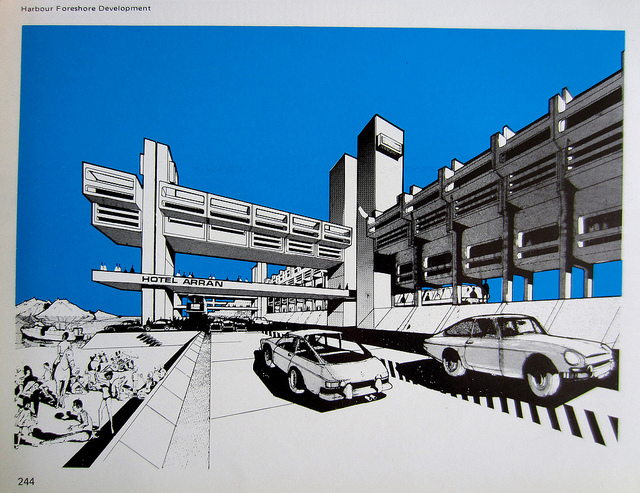 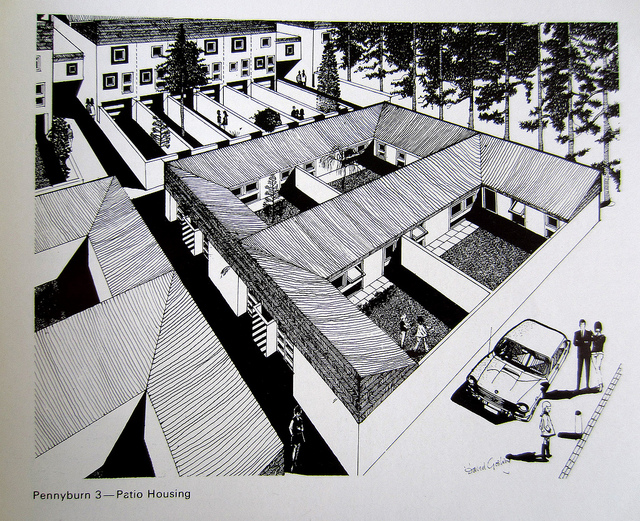 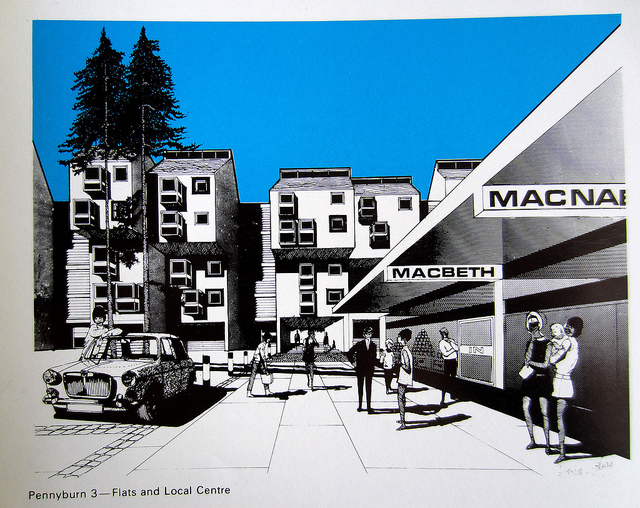 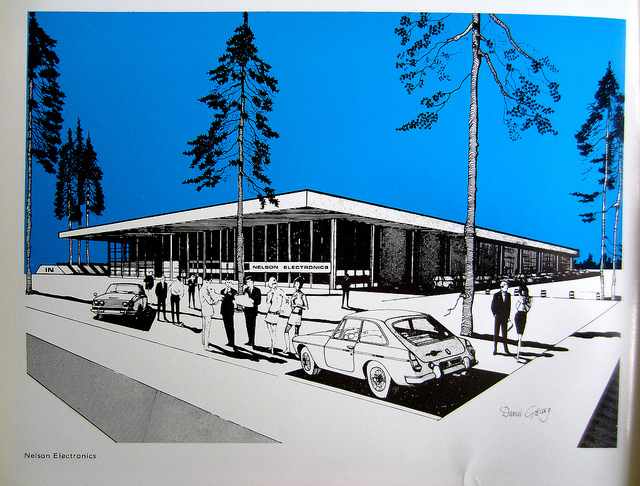 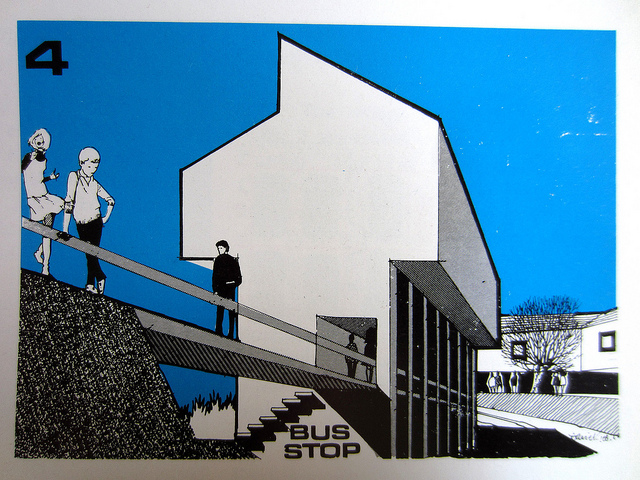 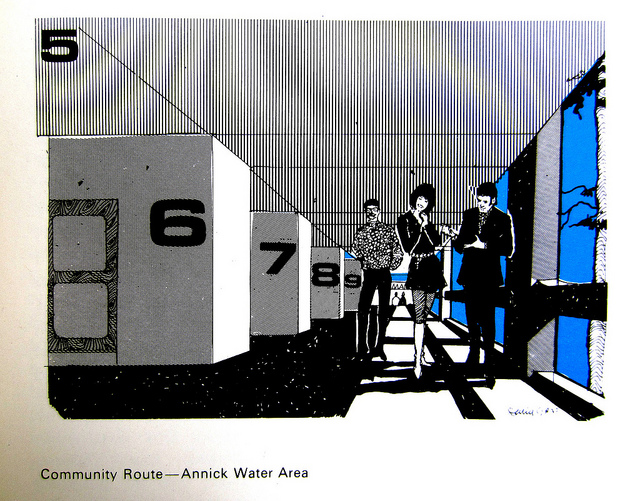 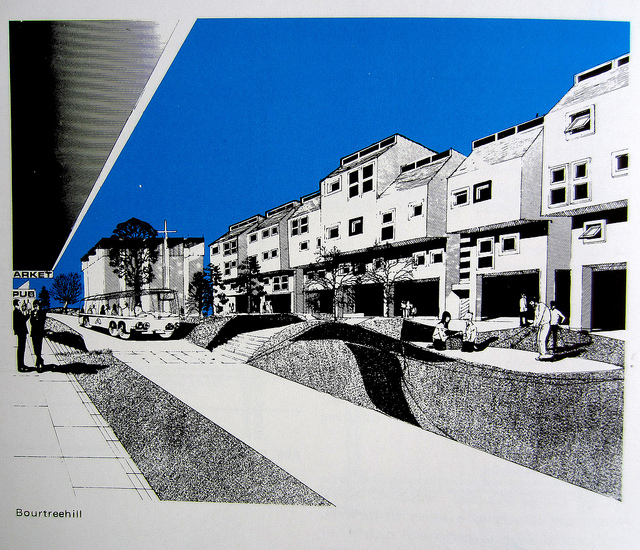 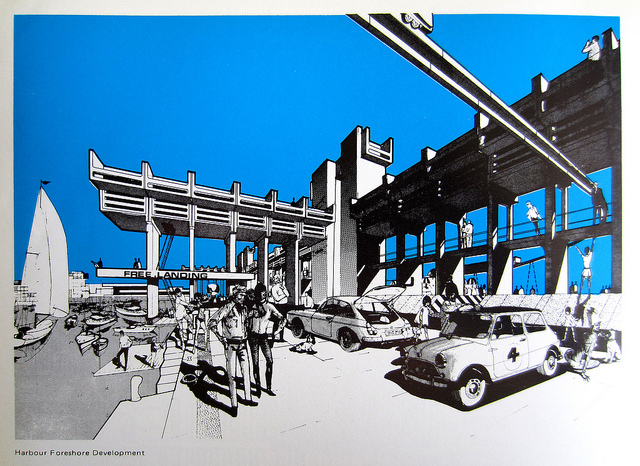 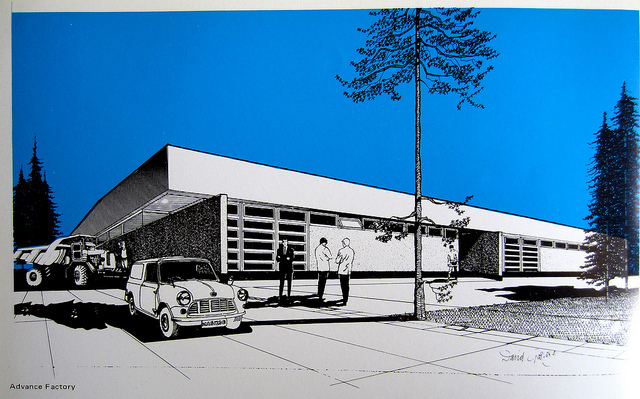 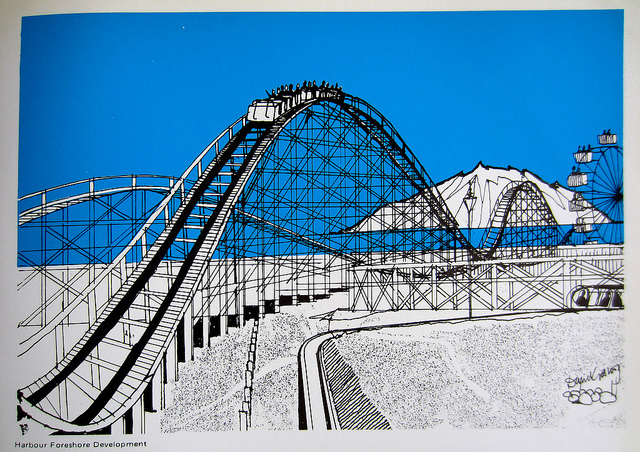 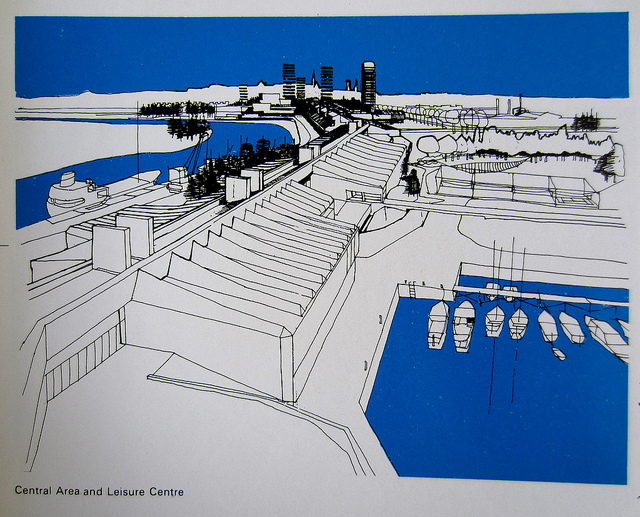 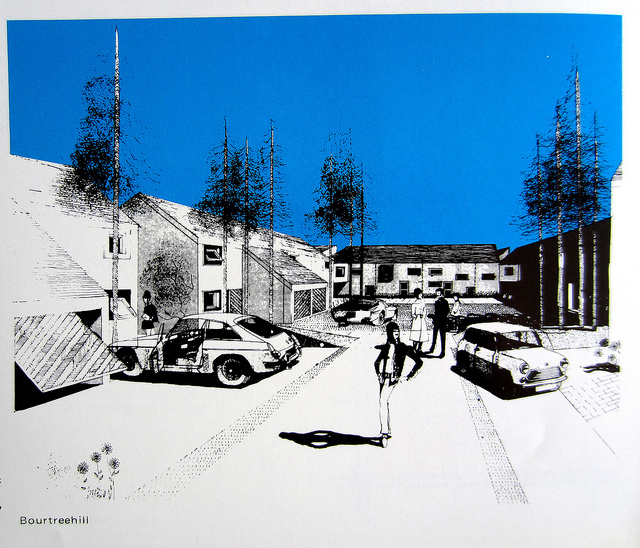