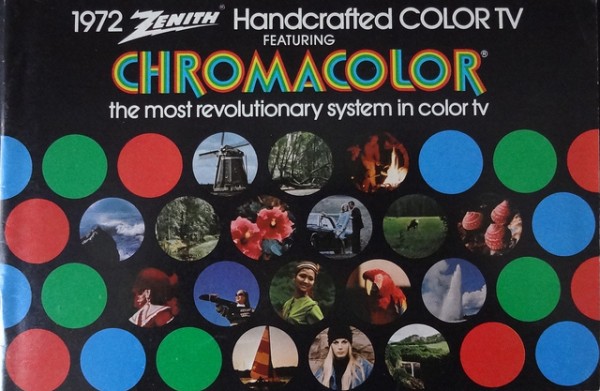 Here in the UK the word “Zenith” is usually associated with a well-known window company or for older readers a defunct British motorcycle manufacturer. Across the pond Zenith is a electronics corporation that manufacture televisions and radios. For many years the company sold their products with the famous slogan  “The quality goes in, before the name goes on.”

Zenith was originally called Chicago Radio Labs and was co-founded by Ralph Matthews and Karl Hassel in 1918. In later years Zenith invented subscription TV, produced one of the first wireless remote controls “The Space Command” in 1956 and were  the first to develop HDTV in North America

In 1995 the company hit hard times and were rescued from bankruptcy by LG electronics, who still continue to use the name Zenith on certain televisions they produce.

Here we take a look back at happier times with some great technicolour brochures from the early seventies and beyond, including some space age style TV sets and the removal man’s nightmare -The Zenith Solid State System 3 in a wood cabinet. 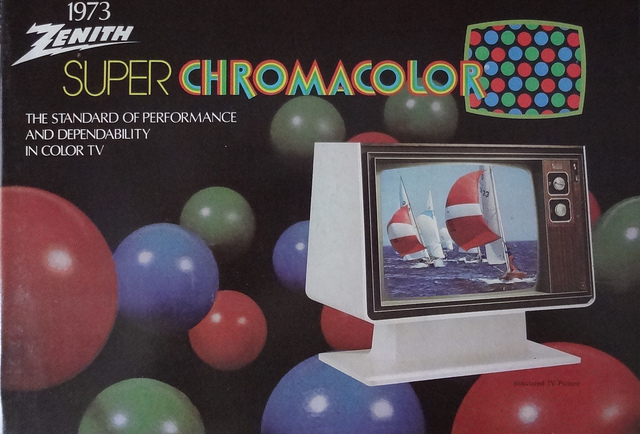 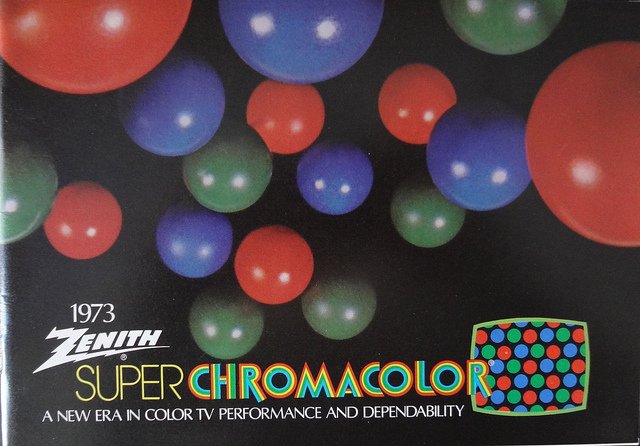 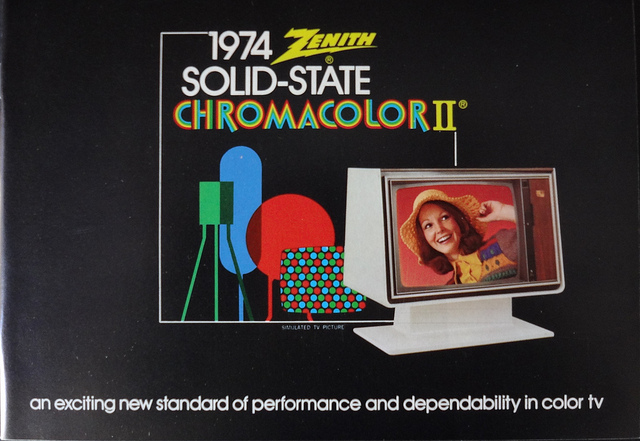 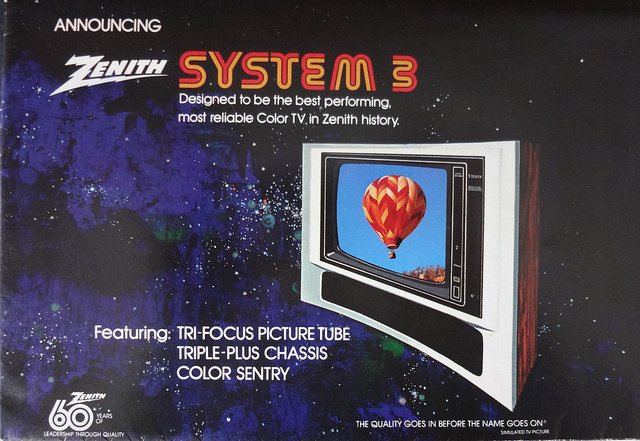 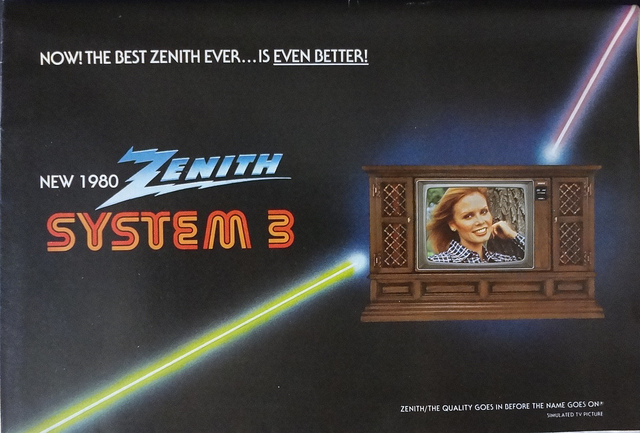 The First Five Years 1966-1971
Playboy After Dark - Party at Hugh's Place
Everyday People - Charles Steet Fair, Boston 1970
25 Groovy Hippy Book Covers
Woody Allen and Tamara Dobson
Back To The Future - 1975 And The Changes To Come
Manchester Fashion Students 1960 to 1982
This is London - Goin' Back To The Boroughs

« Headz Up: Mo’ Wax – Urban Archaeology Let’s have a look at what you could have won »