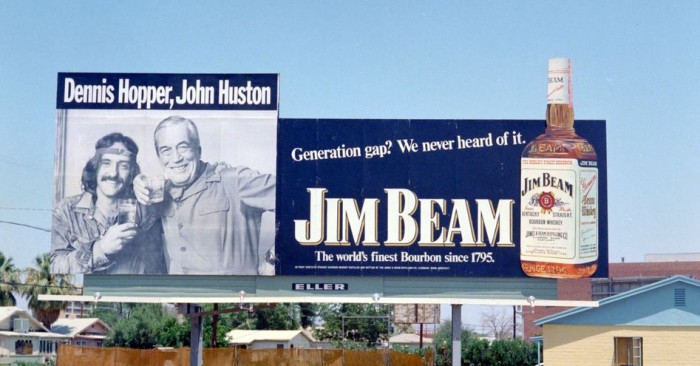 Apart from a thirteen year interruption courtesy of the Prohibition in America, Jim Beam have been producing Bourbon Whiskey from Kentucky since 1795.

Here we mix it up a few centuries later as we take a look at some of Jim Beam’s advertising campaigns from the sixties and seventies.

We start off with Sean Connery “The original James Bond” exchanging his shaken, not stirred Martini for some of Kentucky’s finest tipple. Then we bridge the generation gap with Jazz singer Ella Fitzgerald and composer Henry Mancini,Film makers Dennis Hopper and John Houston, Actors Robert Wagner and Bette Davis, Athletes Rafer Johnson and Jesse Owens and finish off with the king of easy listening Mr Burt Bacharach with his father. 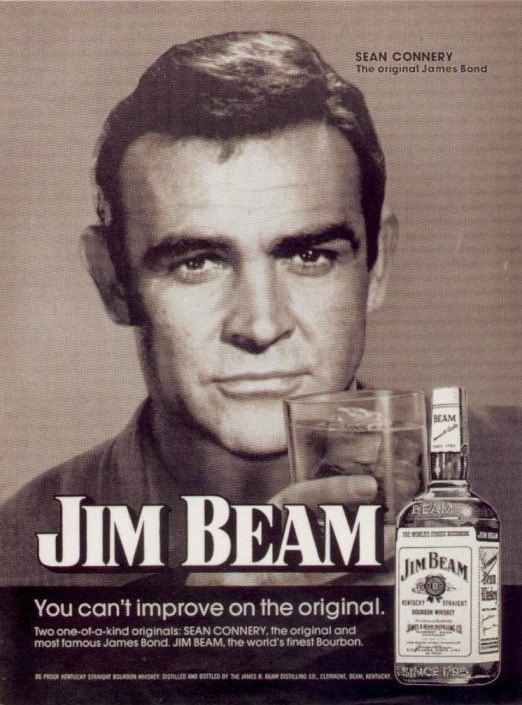 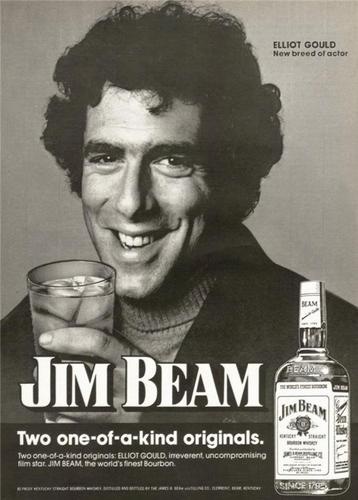 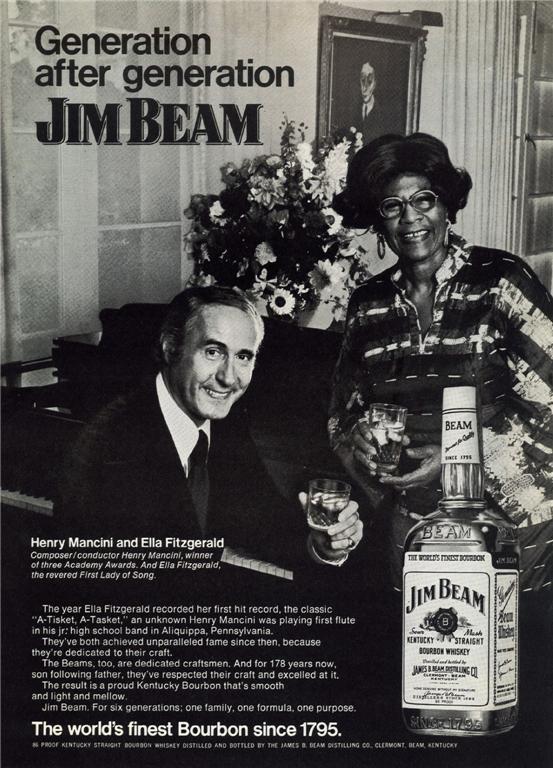 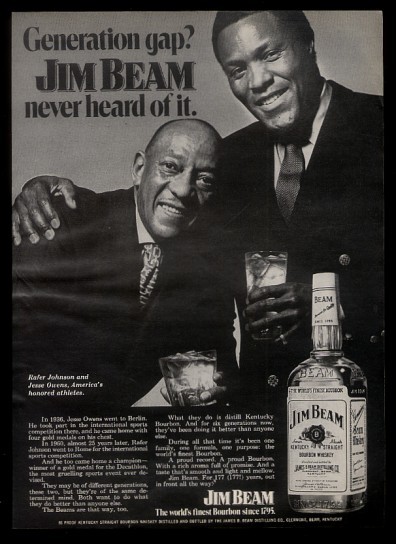 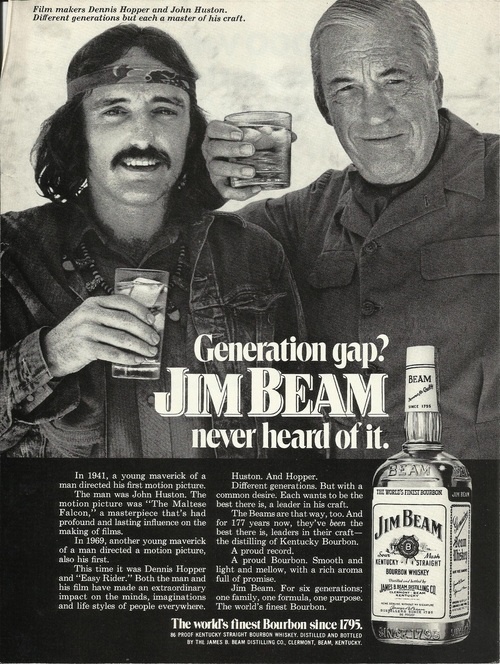 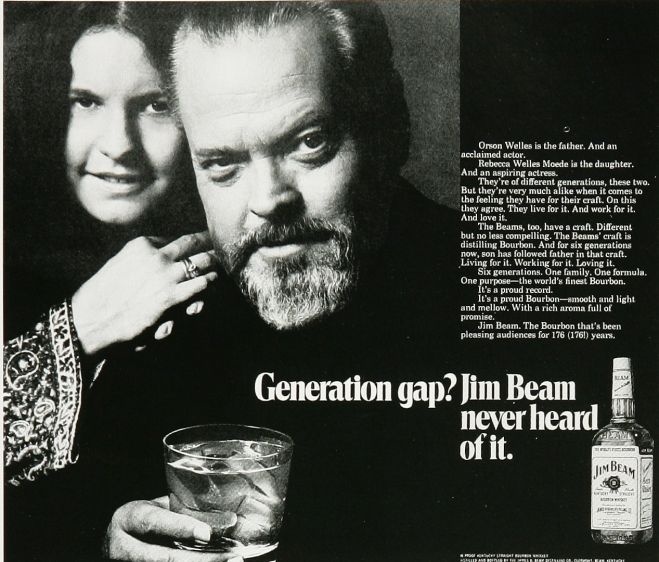 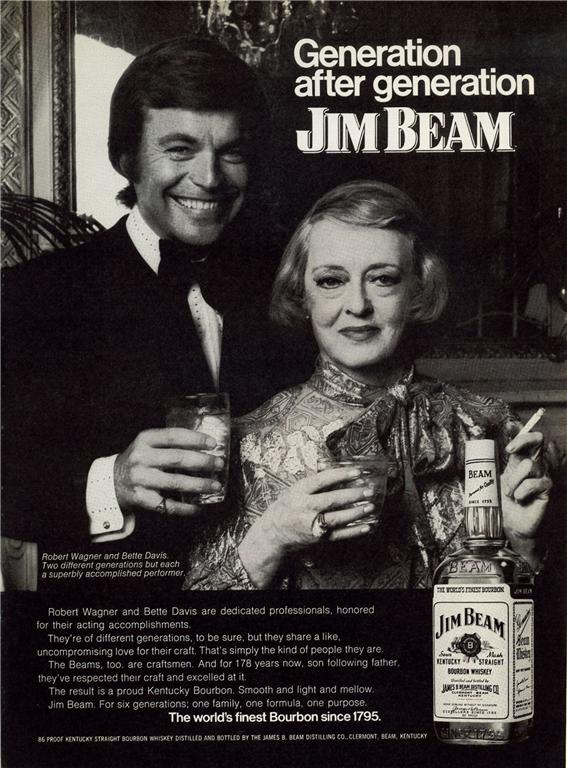 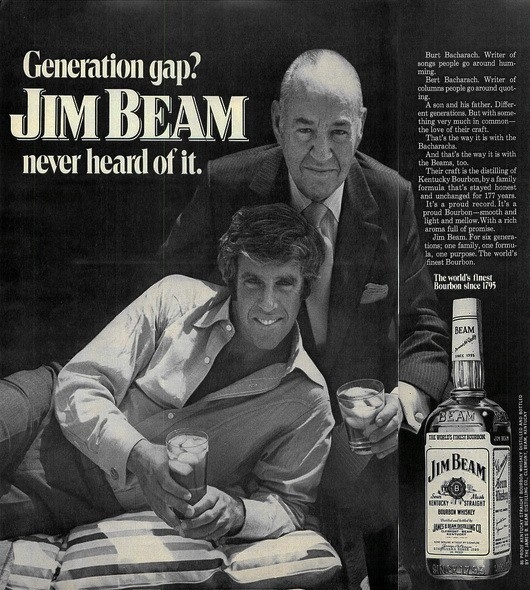