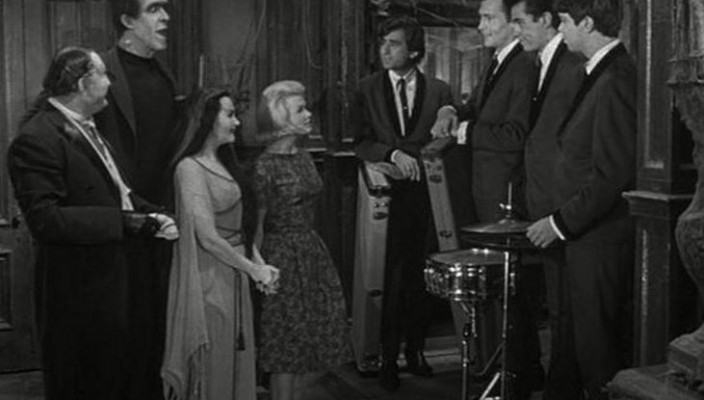 Garage and Ghouls – The Standells on The Munsters

Sixties Garage band The Standells were no strangers to the big screen, they appeared in a couple of low budget films Get Yourself a College Girl and the 1967 cult classic Riot on Sunset Strip (along with fellow Garage rockers The Chocolate Watch Band) They also played a fictional rock combo called “Love Bugs” on the Bing Crosby Show in an episode titled  “Bugged by the Love Bugs”.

Here we have the band in their pre-Garage rock days entertaining The Munsters with their version of The Beatles “I want to hold your hand” in an episode called “Far Out Monster”.

Since 1997, The Standells Garage Rock anthem “Dirty Water”  is played after every home victory won by the baseball team  Boston Red Sox.