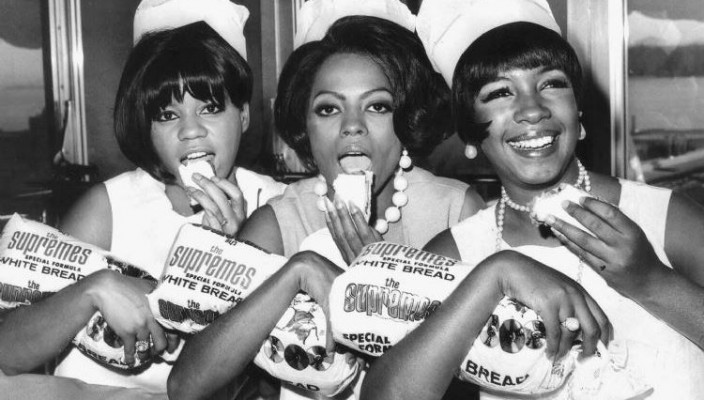 Loafing Around – The Supremes White Bread

Berry Gordy was not only a very clever chap when it came to spotting talent and developing a record label that went on to conquer the world he was also a bit of a marketing whizz too. It’s no coincidence that Motown got it right almost all the time and Gordy kept a very tight rein on everything that went out of the doors at Hitsville including all the promotional gumph. He did though get it a little wrong on occasion and this is probably not his finest moment.

Ladies and gentlemen we present to you The Supremes Special Formula White Bread.  Quite where the link between a black girl group and white bread comes in is difficult to fathom but to be fair white sliced bread was a big seller at the time and presumably an excellent way to get extra publicity through placing the band’s name on every breakfast table. We’re not sure how successful this particular piece of bread based publicity was but it must have made even a small amount of dough for Motown who would have received a reasonable slice of the profits. Mind you with their success at the time it’s not as if they were short of a crust or two (alright, enough of the bread related buns; sorry I mean puns, already). 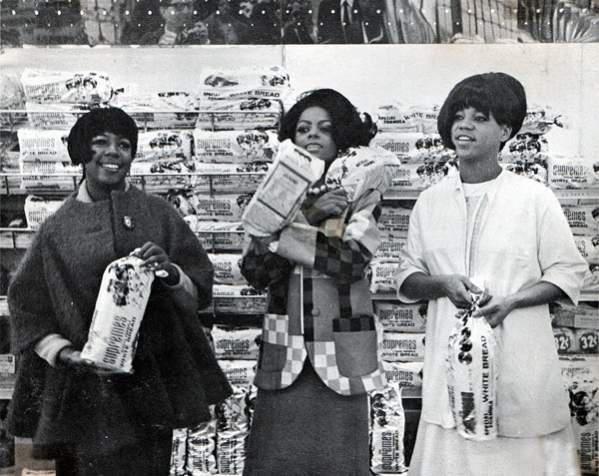 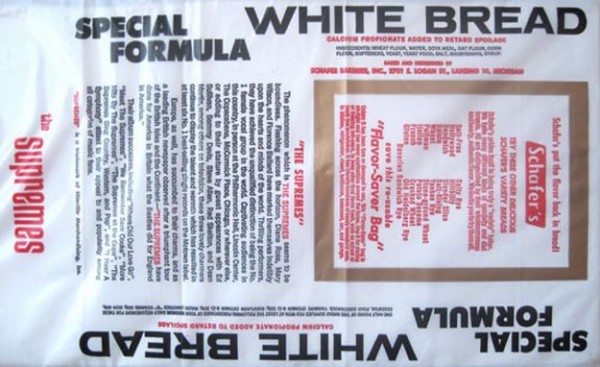