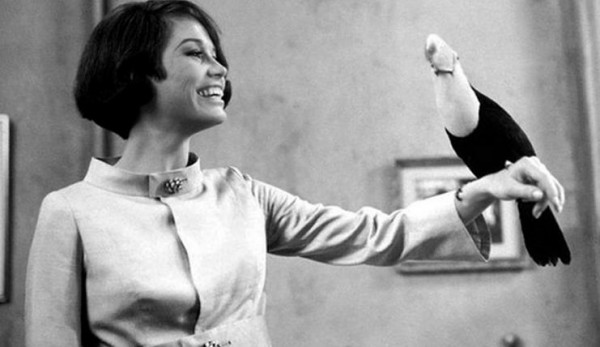 What’s So Bad About Feeling Good? is the everyday tale of a former advertising executive Pete (George Peppard) who lives within a Beatnik community in a loft in New York, a stow-away Toucan which carries a happiness virus that spreads through the Big Apple and Pete’s girlfriend Liz (Mary Tyler Moore) who is immune to the bird’s jolly disease.

Although this sixties film spreads happiness through New York for 94 minutes (well, until the government find a cure) the 1968 film was a box office flop and to date has never been released on DVD. The director of the comedy George Seaton would have more success later when his film Airport became the second highest-grossing film of 1970.

Occasionally the whole film will pop up on You Tube or it’ll be shown on an obscure cable television station, but in the meantime daddios enjoy this short clip of disease-ridden dancing Beatniks and a bearded rooftop trumpeter. 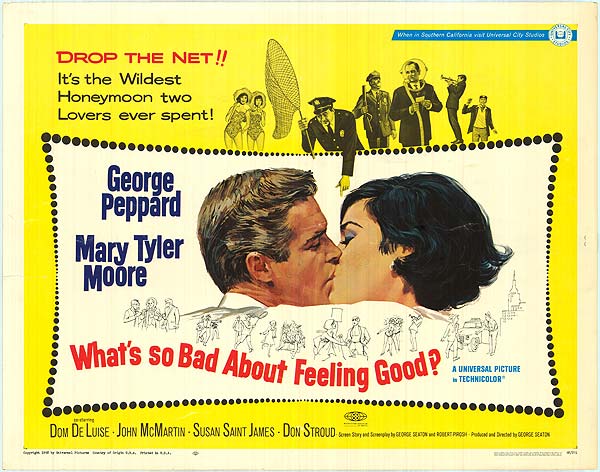 « Blood, Chet and Tears Japanese Adverts From The Swinging Sixties »