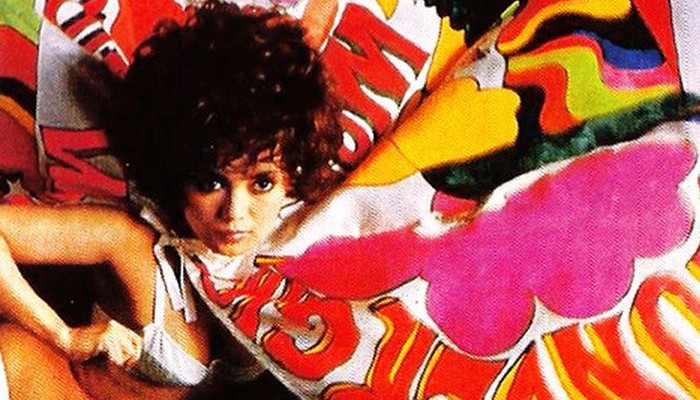 The massive impact of the latter days of the Second World War on the Japanese collective consciousness is marbled throughout their society in every single area. The early years of Keiiche Tanaami’s life are similarly inextricably linked to those dramatic and heart-wrenching times and this is reflected throughout his work and the way he approaches his art. Here we take a look at one of Japan’s most influential post-war artists and a polymath if ever there was one.

Born in Tokyo in 1936 Tanaami’s family background was not particularly artistic but from a young age he demonstrated a prodigious talent and whilst at junior high school spent much of his spare time at the studios of leading post-war Japanese cartoonist Kazushi Hara. Unfortunately Hara’s untimely early death curtailed Tanaami’s activities in his studios but undeterred he turned to illustrating the newly emerging manga style in graphic novels.

Prior to this he had experienced the Great Tokyo Air Raid in XXX 1945 and amongst the devastating death and destruction survived but with the images of war, huge American bombers bearing down on them, searchlights piercing the night sky, thousands of people fleeing a sea of fire where the city had once been and his father’s grotesquely deformed goldfish still swimming in its bowl all seared on his young mind effectively signalling the end of his boyhood there and then. As Tanaami says himself: “I was rushed away from my childhood, a time that should be filled with eating and playing, by the enigmatic monstrosity of war.” Much of his work contains references to the images that he has forever in his mind from those horrific days and nights.

In 1957 he enrolled at Musashino Art University and rapidly established himself as someone with an extraordinary talent. Following his graduation he was snaffled up by an ad agency but left before he’d completed 12 months due to the sheer volume of private commissions he was being offered. His curiosity and constant desire to challenge the existing orthodoxies led him to the Neo-Dada movement pioneered in Japan by a certain Yoko Ono.

1967 saw Tanaami visit New York where he was heavily influenced by the work of Andy Warhol particularly in the context of Warhol’s wide ranging use of differing media to express himself and also his raison d’etre at the time being solely to sell his works to the art market. This had a profound influence on Tanaami who felt he had been restricting himself too much prior to this and saw the future in using multi-media and pushing the boundaries whether they be with cartoons, paintings, video or film.

As if to demonstrate his eclectic approach he went in to design album covers for The Monkees and Jefferson Airplane, became the first art director for the Japanese edition of Playboy, produced a prize-winning anti-war poster called appropriately enough NO MORE WAR (sic) and also produced a number of critically acclaimed short films.

In 1981 aged 45 he almost died from fluid on his lungs and his subsequent work throughout the following two decades saw many images of life and death combining his near-death experience with the horrors of war he experienced as a child.

Fortunately despite a few close shaves Keiichi Tanaami is still to be found in rude health and working as hard as ever. For the past 20 years he has been a professor at Kyoto University of Art & Design and as well as passing on his knowledge to a younger generation is still exhibiting his work around the world. 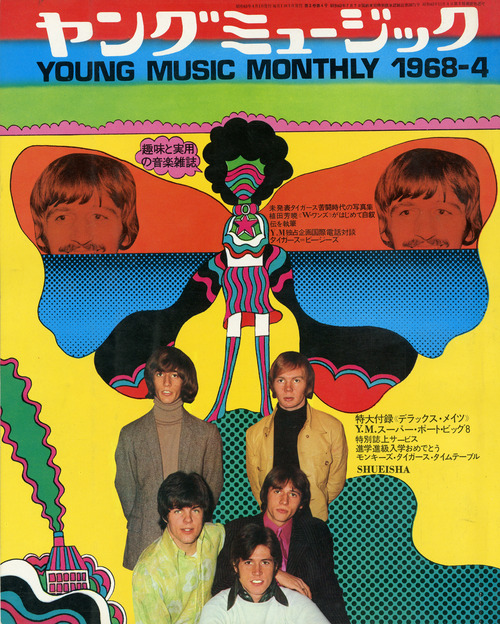 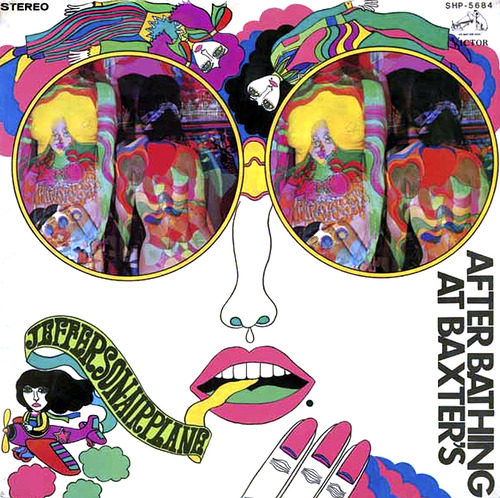 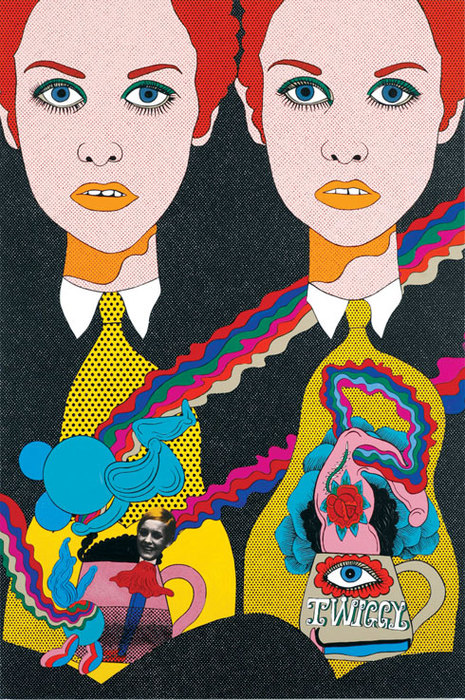 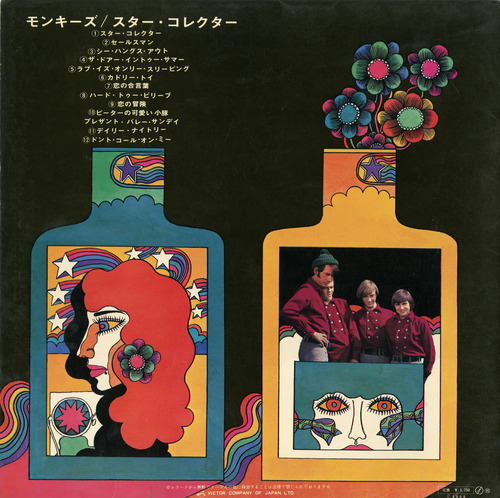 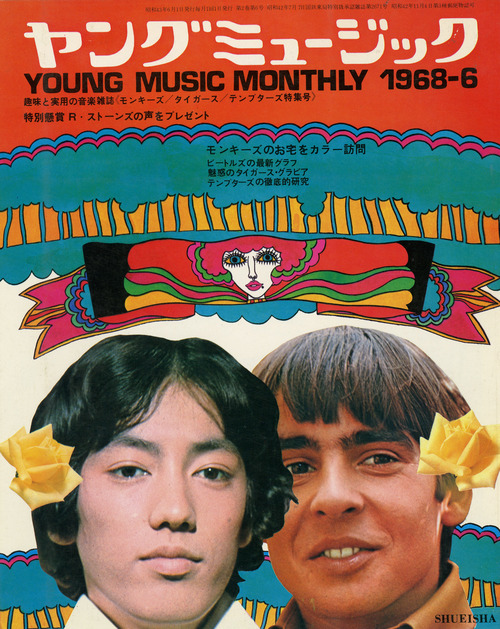 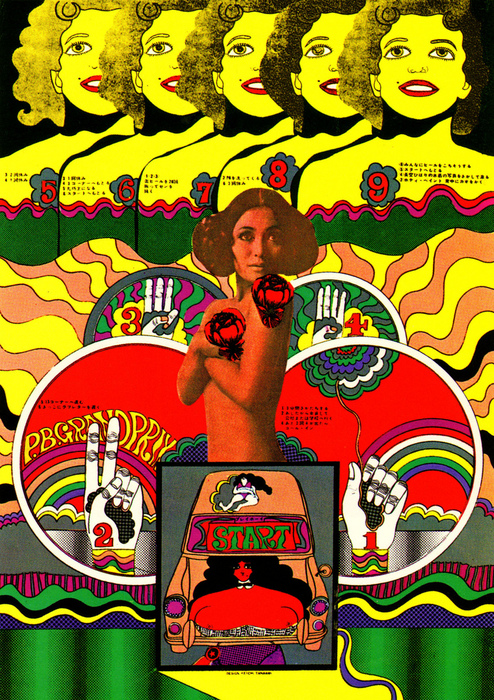 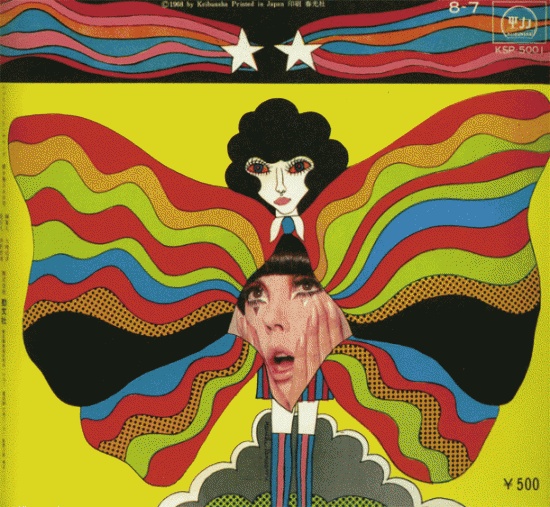 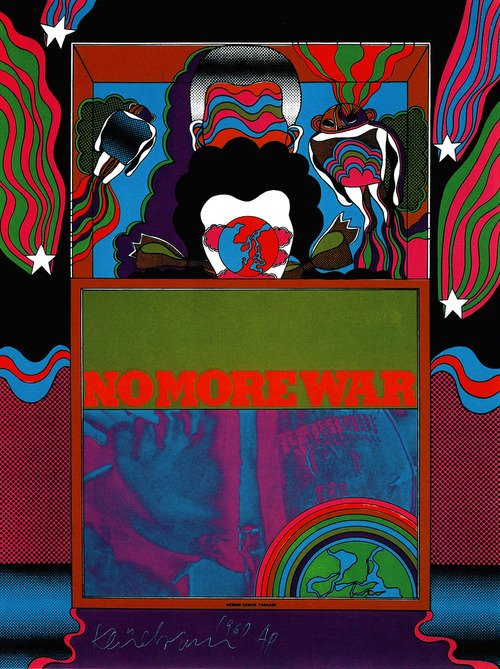 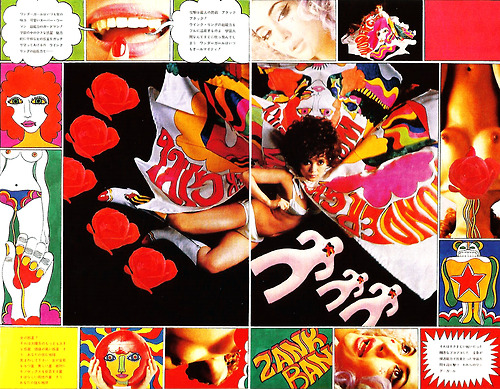