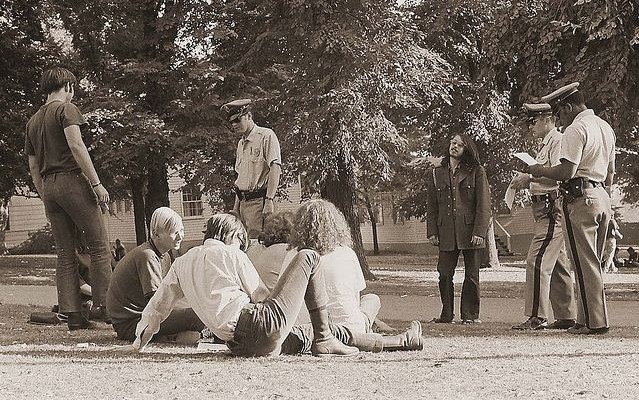 We’ve got a selection of photos here borrowed from the collection of James Eugene Frank (thanks everso sir). They detail his first five years at college firstly from 1966 to ‘68 when he was attending Tacoma Community College (30 miles southwest of Seattle) and then his time from ‘68-‘70 at Western Washington State College where he majored in Visual Communications before going on to become a social worker. It seems Mr Frank was inspired to delve into photography through his friendship with noted local artist Virna Haffer and began with a camera he borrowed from his college. We reckon he could have gone on to greater things as a photographer because there are some excellent images here that really tell a story but the world of social work beckoned and what’s left here is an excellent visual record of small town life in the Washington area during the late ‘60s. « Spinnerin – On The Slopes Diggin’ the Tribe Vibe »