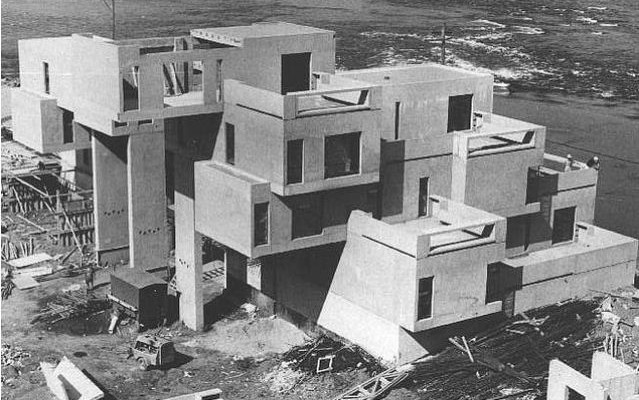 The Construction of Habitat 67

We’ve previously featured the 1967 International and Universal Exposition also known as Expo 67 which was attended by an astonishing 50 million people between April and October 1967 and now we are taking a look at one of the most successful and enduring buildings constructed especially for the exposition namely Habitat 67 or just plain old Habitat as it’s become known.

The architect Moshe Safdie originally designed Habitat as part of his master’s thesis in architecture at McGill University in the early 1960s and after graduating was approached to develop the building further for the forthcoming expo. In 1964 he started his own company to oversee the project despite his relative youth and to this day Habitat is acknowledged as not only one of the most recognizable buildings in Montreal but in the whole of Canada too. It was originally conceived as affordable urban housing designed for highly populated cities although the popularity of the development meant that demand was high with prices to match. Moshe Safdie has gone on to become a globally acknowledged architect, author and theorist who is still working now in his mid-70s but he is primarily remembered for this development that came at the very beginning of his long career.


You’ll either love it or hate it but as iconic buildings go Habitat is up there with the best of them.