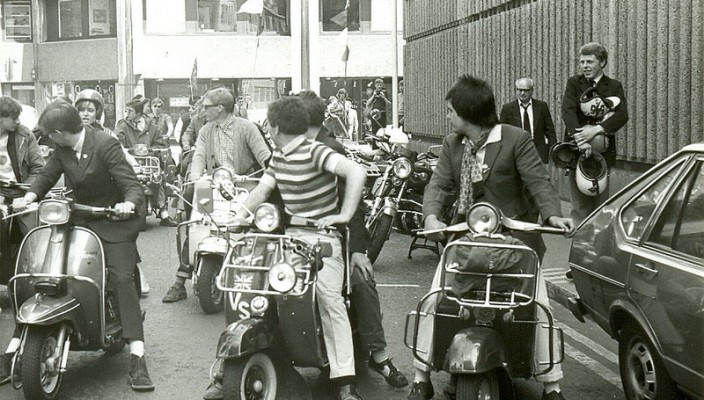 Back to 1979 and the filming of ‘Steppin Out’ a short documentary by female antipodean director Lyndall Hobbs studying the youth trends at the time. The film took a look at punks, Blitz Kids (early New Romantics) and the newly emerged ‘79 Mods.

Hobbs took a look inside various club nights including the Blitz (home of the Blitz Kids not surprisingly), a punk gathering outside Seditionaries, Kings Road and a Mod night at Legends. There were various interviews with the movers and shakers at the time including Secret Affair, the Merton Parkas, Visage’s Steve Strange and cross-dressing Marilyn.

Try as we might we cannot locate any footage of this 25 minute film anywhere on the World Wide Web so if you happen to have a copy lying around the house give us a shout, we’d love to see it as we missed it the first time around. In the meantime you’ll have to make do with these great photos from Paul Wright’s photo collection which capture a real feel for the time and also show that what goes around comes around. Most of these kids wouldn’t look out of place on any UK high street today. Also check out keyboard wizard, former member of The Bureau, one time Merton Parka, ex-Style Councillor and current member of the newly-reformed Dexys (minus the Midnight Runners moniker) Mick Talbot looking dapper and very youthful.

By way of some VoEA trivia the film’s director Lyndell Hobbs went on to direct Rowan Atkinson in another short film called ‘Dead on Time’ from 1983, and in 1987 directed her first full-length feature film called ‘Back to the Beach’ starring American crooner Frankie Avalon. Hobbs has since moved into the world of interior design, is now a big name in Los Angeles painting and decorating circles and living in the Hollywood Hills. She also went out with Al Pacino for seven years. Cool.

Thanks to Paul Wright for the use of these photographs. 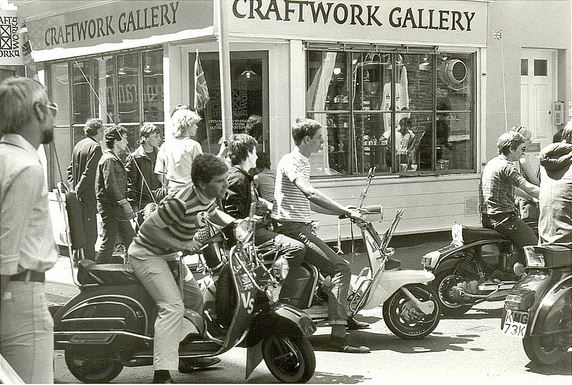