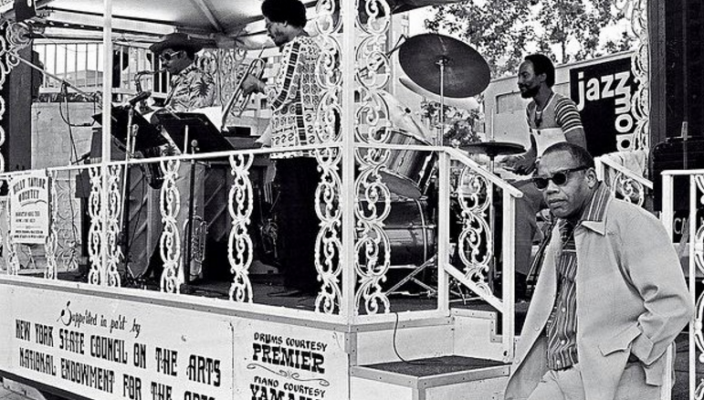 Jazzmobile is an organisation based in New York that stages free outdoor concerts to the five boroughs of the city. The association was founded in 1964 by Daphne Arnstein of the Harlem Cultural Council and Jazz pianist Billy Taylor.

During the sixties John Coltrane, Dizzy Gillespie, Pharaoh Sanders, Archie Shepp and Sun Ra all performed at neighbourhood concerts. However these cool pictures were taken by photographer Tom Marcello a few years later in 1977 and 1978, where he captures different jazz musicians playing live on the streets of Rochester, New York.