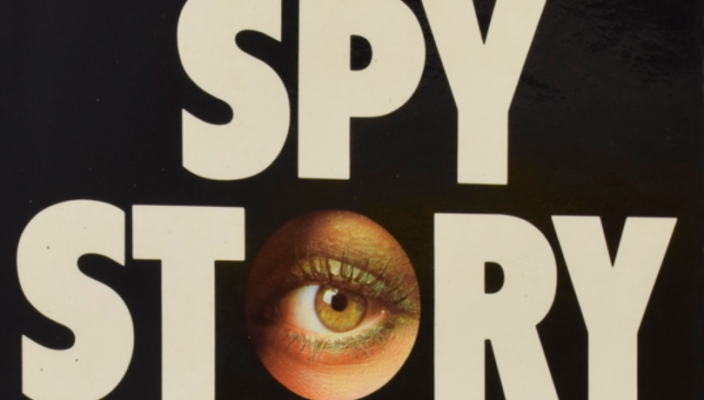 Now here’s a strange little tale. Len Deighton, famed 1960s author of numerous spy thrillers, creator of Harry Palmer and The IPCRESS File wrote a book called Spy Story that was turned into a film in 1976. Now, to our knowledge, this film is now only available on Betamax (for our younger readers you may want to ask a parent or responsible adult what Betamax was) and we cannot, despite extensive research, find any posters or stills from the film – it’s almost as if it never existed in the first place. Mysterious indeed.

Len Deighton, noted British military historian, novelist and cookery writer wrote Spy Story in 1972. It is the fifth in his series of ‘Harry Palmer’ Cold War thrillers albeit that the name Harry Palmer was only used for the film adaptations – in the books the main protagonist is anonymous. Many of the characters involved however have been featured in all five books. These started with 1962’s The IPCRESS Files, followed a year later by Horse Under Water, Funeral in Berlin in 1964 and Billion Dollar Brain in ’66. Deighton took a break for a few years to write books on various other subject matters (prolific is definitely a word you can apply to Len Deighton’s work rate) and returned to his most successful series in 1972 with Spy Story.

Without wishing to quote the whole book or give away plot spoilers our anonymous hero gets wrapped up in lots of Cold War shenanigans, spends six weeks on a nuclear submarine, finds out someone is trying to steal his identity, gets involved with the KGB and also a plot to re-unify Germany (don’t forget kids this is when there was still a divided East and West Germany).

The film version was produced and directed by Canadian Lindsay Shonteff who later went on to shoot the almost legendaryLicensed to Love and Kill starring the almost legendary Gareth Hunt. Shonteff, a man with an incredible belief in his own film-making abilities, regularly re-mortgaged his home to finance the movies he made but never quite hit the big time. His determination, distinctive tongue-in-cheek style and numerous low-budget films make him an admirable figure and someone we hope to feature in a future post. But back to the plot, the film starred Michael Petrovitch and also featured Nicholas Parsons as Tory MP Ben Tolliver and was hyped as ‘the most exciting spy adventure ever filmed’. We believe it went on general release but since then it appears to have sunk like a nuclear submarine. There are no posters or stills from the film that we can find anywhere on the Internet (and if you have anything that we’ve not been able to find please tell us) and it has not been re-released on DVD.

We’re not suggesting a bizarre conspiracy theory here but with the amount of information available out there it does seem strange that this movie is so hard to locate and we cannot, despite some serious digging, even find any images from it. Most peculiar. Despite our distinct lack of success finding any still images though we’ve managed to find a short trailer on You Tube for you to enjoy so have a look and just imagine the delights you’re missing out on by not seeing the full feature-length version. 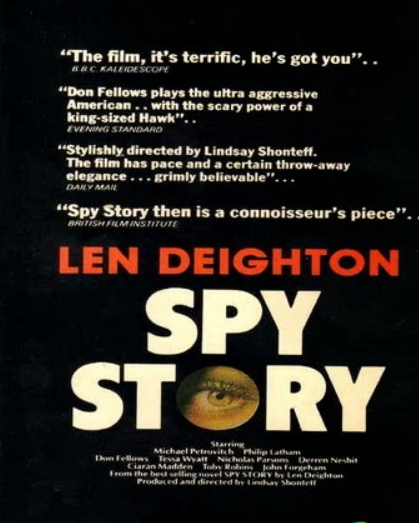 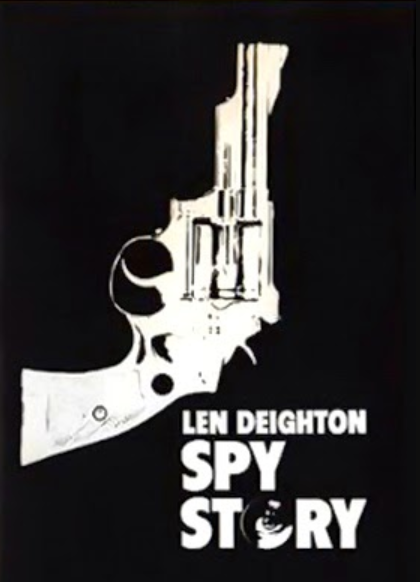